The Magic of Beginner’s Mind: See the World Through Eyes of Wonder
By Stephen Wickhem 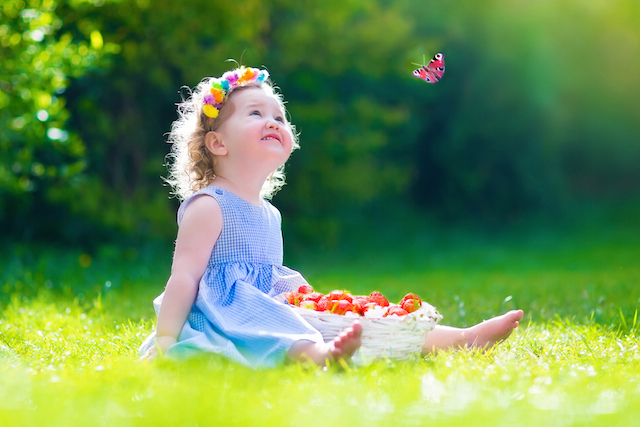 “In the beginner’s mind there are many possibilities, but in the expert’s there are few.” ~Shunryu Suzuki

“In one week, I will be like a child on Christmas Eve, full of excited anticipation for the next day’s travels,” she tweeted on March 21.

“Literally don’t believe I’m going to New York tomorrow morning. So excited and ready for this adventure!” she tweeted on March 27.

Clearly, Heather was more than a little excited about her upcoming trip on March 28, and I was beginning to feel it, too.

I remember exactly how it was when I visited New York City for the first time: dancing on the roof of the Standard at magic hour, $18 cocktail in hand; full-bellied laughter taking staged photos with Becky as we jumped off of boulders in Central Park; riding on a Big Bus tour of Manhattan, fully in a trance as historical buildings flashed by, each more awesome than the last.

Even my arrival was a perfect snapshot in time: standing on the top deck of a beautiful cruise ship, taking selfies with my Romanian crush, my wannabe lover, as we sailed in past the Statue of Liberty.

Less than twenty four hours later, I decided that this would be the place I’d one day call home. “Jump and the net will appear,” I told myself.

And less than three months after that, I did. I packed up everything in the City of Angels and flew across the country to the city of my dreams.

The honeymoon period was enchanting.

I smiled for a week straight, mesmerized by everything, annoyed by nothing. I was constantly looking up, looking around, paying attention, taking it all in.

I wrote my early observations down in my journal, keeping in mind the preciousness of these small details that would eventually go unnoticed. After all, you can’t experience anything for the first time twice.

I tried to capture my enchantment with New York City on paper, knowing in time it would fade away.

Human beings’ ability to adapt to their surroundings is both a blessing and a curse.

For me, it meant becoming fluent with the subway system, but increasingly impatient with the wait times. Staking claim to my favorite coffee shop, but closed off to the idea of venturing into new ones.

In the early days I was out until four in the morning, fueled by an eagerness to explore and fear of missing out. But as the shiny new-ness of my environment naturally grew dull, combined with a burgeoning “I’ve seen it all before” attitude, I became more often than not content to turn into a pumpkin by 10:30PM.

That’s not to say that I’m no longer in love, but I’m no longer wide eyed and bushy tailed. Days go by and I forget that I live in one of the most vibrant places on Earth.

Heather’s arrival was the perfect reminder.

Full of enthusiasm and awe at each sight and sound, she looked out at the city with a fresh set of eyes. Pure. Unjaded.

I tried to see out through her eyes, too.

And in that way, without making any sort of effort, Heather was able to show me how to navigate this city with beginner’s mind.

I originally learned about this concept, known in Zen Buddhism as “shoshin,” from my Sociology professor at Chapman University. Dr. McGrane used to give us unconventional assignments, such eating meat without utensils, or standing still in a crowded space, with only one rule: go into each exercise with beginner’s mind.

Don’t try to predict the results, he urged. Don’t try to figure out the point. Just do it and learn through the doing, rather than thinking. Needless to say, the results of these experiments were eye-opening. (But I can’t tell you why… you’ll have to experience it yourself.)

Simply put, beginner’s mind is the art of trying to experience that which you’ve experienced before, as if it were the first time. The goal is to put on hold your preconceptions and all-knowing attitude so you can journey through the world from a place of openness.

Having a beginner’s mind is having a willingness to re-discover the simple joy and wonder of everyday life.

The opposite of this is expert’s mind.

The beginner, enamored by a rainbow in the sky, says, “Wow, look!” But the expert, having seen a rainbow before, is unimpressed and attempts to explain away the magical: “Oh, that’s just an arch of colors formed in the sky caused by the refraction and dispersion of the sun’s light by rain or other water droplets in the atmosphere.”

Walking through the woods, the beginner is in awe of the glorious, perennial plants known as trees. While the expert may enjoy trees, they’re more concerned with labels and data: the tree’s age, history, classification, etc.

Information and intellect can be useful tools, but they can also diminish the wonder of everyday life.

The concept of beginner’s mind is the same as the Western trope “seeing the world through the eyes of a child.”

Did you know that children could be our greatest Zen masters? They walk the walk without knowing it at all.

I remember this one time when my niece Ella was three years old, she ran up and down the same hill over and over, at least thirty times, until my patience wore thin and I made us leave. That’s because without being dominated by the voice in her head, each time she did it felt like the first time.

She wasn’t bogged down by the need to be productive. She didn’t feel embarrassed or foolish for repeating the same inane action. She was living in the moment, enjoying the most simple of pleasures.

As we get older, it becomes harder and harder for us to experience that same ordinary joy. Then we spend our whole lives on a journey of trying to capture that once again.

Heather certainly isn’t a child, but her Twitter account was full of childlike revelations during her stay with me that week.

“Drinking whiskey, playing pool, having the time of my young life,” she tweeted on March 28

“Dinner with my best friend in Little Italy, about to head over to the Broadway show. Life is amazing,” she tweeted on March 30.

“Today is so perfect. Afternoon walk in a sunny, 70 degree day, through the city, on the way to Central Park,” she tweeted on April 1.

“The big city is what I want. What I need. It felt right to me. New York has made a drug of itself,” she tweeted on April 4.

Heather didn’t need any knowledge of Zen to inhabit this concept, because she truly was a beginner.

In her amazement at the amount of people zipping around us; walking through Central Park, her astonishment at the fact that this giant oasis could exist in the center of a metropolis; walking into the American Museum of Natural History, her unyielding curiosity for knowledge and appreciation for the culture densely packed in this town.

I remember that I used to think about these things, too.

From endlessly crowded tourist hot spots (Times Square, Ellis Island, Ground Zero), to wine-filled visits at locales as diverse as gay dive bar The Cock and ultra trendy East Village joint The Wayland, Heather and I were constantly on the go. Five boroughs make up New York City, and within Manhattan alone there are over eighty neighborhoods. So much ground to cover, so little time.

I was exhausted, but with making a conscious effort to practice mindfulness and look at the city as if it were my first time, I was rejuvenated and fell in love all over again.

How could I possible have thought “I’ve seen it all before”?

In that sense, we’re all beginners. We’re all experiencing each day, each brand new set of twenty-four hours, for the very first time.

We don’t need to go further than the end of our block to discover precious new details, if only we’re mindful enough to notice.

As this experience reminded me, it’s not always the scenery that needs to change, but our outlook. I’m thankful for Heather for leading by example, authentically and unknowingly, on how to remain grateful and attentive to this place I call home.

Stephen Wickhem is a writer and life coach currently living in New York City. His motto is simple: "Live fully in the Now, while consciously creating your future." More of his personal and inspirational essays can be found on StephenWickhem.com.

Creating Calm in the Chaos: How I Found My Peace in NYC