10 Choices That Lead to a Happy, Fulfilling Life
By Leigh Coulson 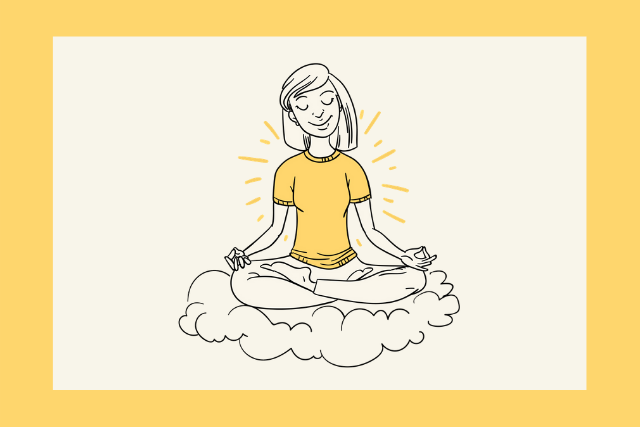 “Happiness is a choice that requires effort at times.” ~Aeschylus

My twenty-sixth birthday was approaching, and I asked myself one question: “Do I want this year to look like the last one?”

The answer was an immediate and very solid no. I frantically began to analyze what I was doing with my life to get this reaction. I was unhappy for most of twenty-five, romantically, professionally, and socially.

I had been with my live-in boyfriend for about a year and a half, and there seemed to be a growing disconnect. Despite the lies, resulting in jealousy and insecurity, I stayed with him because it was what I knew. I was comfortably uncomfortable.

I justified staying by telling myself, “All relationships take work” and “I know he can change.” I had also become a bit of a hermit with him. Netflix marathons every weekend. My social calendar eventually became booked with Don Draper and Piper Chapman.

Professionally, I was nowhere near where I wanted to be. As a millennial, I can say we carry a certain grandiose expectation for a picturesque life that we expect to have at a very young age, and we thoroughly believe it’s going to happen. Right up until the time when it doesn’t.

Stuck and confused, I realized that if I changed nothing, the next year was destined to look like the prior one.

I was in search of my truth and my happiness. I needed to know what this life thing is all about. Why do some people seem to have it all figured out and I’m left worried and more confused than ever before?

I had some money saved up, so I broke up with my boyfriend, moved out, bought a plane ticket, and left to travel Asia in a timeframe of a whopping two days. I had nothing to lose. I was on a mission to learn how to live a meaningful and happy life.

After a few months of trekking unfamiliar mountains, living with monks, and being freshly single, this is what I’ve learned.

I learned this after I had my wallet, passport, and camera stolen. Every day you will be faced with challenges that are both in and out of your control. Either way, there’s no sense in worrying about them.

If the situation is uncontrollable, whatever is going to happen, will. If you can control it, then take a deep breath and face it with a calm mind to make the process much easier. Worrying gets you nowhere. Hakuna Matata.

2. Do something every day that pushes you out of your comfort zone.

Order and routine give us a sense of security. It feels nice to have familiarity, but it’s also hard to grow into the person you’re meant to be without pushing your limits and trying new things.

At one point, everything is new to us. The more experiences you expose yourself to, the higher probability you’ll find one your passionate about.

3. Live fully in each moment.

Yesterday is gone and tomorrow is not promised. The only certain thing we have in life is right now, this very moment.

This is an important lesson I’ve learned when meditating with the monks throughout Thailand. They teach the significance of remaining mindful and the importance of acknowledging our senses.

By smelling, tasting, feeling, seeing, and hearing everything in our surroundings, we’re able to stay in the present, resulting in insight, a crucial stepping stone on the path to happiness. Life is incredibly beautiful when you slow down enough to enjoy it. Live in the moment, live for right now. This very moment is life.

4. Give gratitude any chance you can, and lots of it.

I really learned about gratitude when traveling through Indonesia. When once I would have complained about a bad Wi-Fi connection, I saw people just grateful for clean drinking water. It really puts things into perspective.

Take the time to remember how lucky you are. Even if it doesn’t feel this way, it could always be worse. Share love and gratitude every chance you can, and you’re left with an overwhelming feeling of abundance and happiness.

5. Remember, life is what’s happening while you’re busy on your cell phone.

Dining solo, I was left to master the art of people watching. What I observed was this: the happiest, loudest, and liveliest tables were those with cellphones tucked away. They were making memories and sharing stories and experiencing what life is all about.

They ate more slowly and stayed longer because there wasn’t anywhere they’d rather be. On the contrary, those with eyes glued to bright screens were quiet and quick to eat with emotionless expressions.

Next time you’re out, try leaving your phone in the car to thoroughly enjoy your company. If you can’t imagine a meal without technology, at least take a few moments to observe the difference between people on their phones and those who aren’t, and ask yourself, who’s table would you rather be sitting at?

I’ve never been so in tune with myself as when I was on the road with no travel companion to interrupt my thoughts. There have been countless times when I’ve gotten myself out of sticky situations (or avoided them altogether) by listening to my “gut feeling” as a reliable and trustworthy source.

Silence the mind and listen to the body. Our gut is widely acknowledged as our second brain. If it feels wrong and you can’t exactly pinpoint why, it’s your intuition in physical form telling you it probably is. Listen to what it has to say.

Same same. In Bangkok, I probably heard this phrase nine thousand times, which inevitably led me to ponder its significance.

No matter where you go in the world, as different as we appear, we are much more similar to one another. We all have human emotions. Sadness and excitement are genetically programmed in us, and we all have the same end goal of happiness.

A smile and laughter are universal. When you meet someone new, look for similarities and it will form an intimate bond. You’ll begin to feel compassion and a connection to them. A feeling of connection gives you a sense of home no matter where you are.

8. Let go of the fear of not being accepted and let your true self come out.

Living abroad alone, I really embraced my inner weirdo. I laid out all the things I was hesitant to say and do before because I assumed no one would “get” me. The results? Confidence and self-respect.

You owe it to yourself to celebrate your uniqueness and be the truest version of you. Those who are meant to stick around will love you even more for it. Besides, weird people bring a lot to the table. Just saying.

9. Make time to reflect on relationships and make changes.

Being on a twelve-hour time difference and half a world away makes communication to home difficult, and perfect for relationship reflection. I really began to analyze the quality of my relationships, asking, “Do they feed my soul? Do we really have that much in common?”

Life is too short to spend time with anyone who exhausts you. Be selective with where your energy goes. For those who you decide to keep in your life, it’s important you show them how much they mean to you. Love and respect leads to quality relationships, which are the only ones worth having.

10. Know that no matter how far you travel in search of happiness, it can only be found in one place.

A monk at the Wat Mahathat in Bangkok said something I will never forget. “Why are you here in Thailand? To find happiness? You won’t find it here. I can’t give it to you. You can travel the world to find it, but there is only one place it can be found. It is found within.”

I had left home and traveled across the world to find happiness, but I never felt it until I became fully connected with myself.

Somewhere along the way I lost sight of the important things by forgetting my relationships, ignoring my gut, and worrying too much about the past and the future. None of these things served me.

True and lasting peace is found within. When you learn to be appreciative for what you have, embrace the present moment, and love fully, this is happiness. This is nirvana.

Leigh has spent months traveling around the world on a journey to self-discovery. She's lived with monks, trekked mountains, made lifelong friends, and somewhere along the way, has built an incredible relationship with herself. She plans to share her personal story with fellow soul-searchers. She's passionate about meditation, the window seat, and 90's rap.