Dealing with Pain or Abuse: You Can Let It Destroy You, Define You, Or Strengthen You
By Akirah Robinson 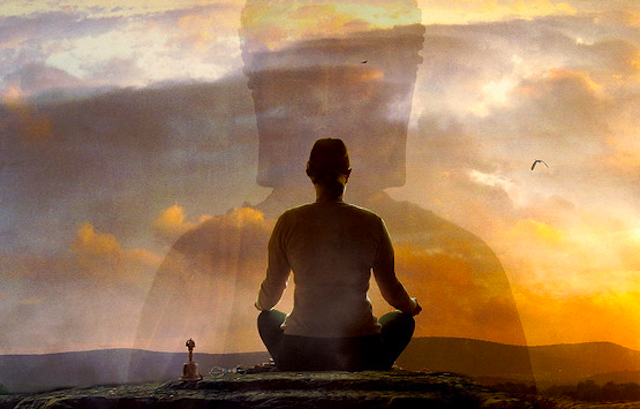 When I was twenty-four, leaving my ex was my “something bad.” It was about as bad as it could get.

After four years of dating, I was certain marriage was right around the corner. Our lives were completely intertwined. I knew he wasn’t a great guy for me, but that didn’t matter because I truly believed I was ready to take the next step.

One night changed everything.

I found his drugs, confirming what I had suspected all along: his attempts at recovery were just an act. Admitting to flushing them initiated the scariest experience of my life. Immediately, he searched for his pills and destroyed my apartment when he couldn’t find them.

When he finished looking, he came after me next, verbally and physically terrorizing me as if he had not already proven his anger. I broke free from his grip and fled, in search of help. This wasn’t our first incidence of violence, but enough was enough.

I was tired of living alone in silent abuse.

First, It Defined Me

When I say that night changed everything, I mean it. Aside from the major life change, something shifted in my mind. I was no longer Akirah, but rather a single, lonely, and abused victim who would never find happiness.

The abuse diminished my self-esteem, leaving me very little to rely on for healing. Low self-esteem made it easy for me to define myself as a victim. And I preferred it that way because doing so allowed me to remain focused on him.

This continued for several months until I eventually grew tired of defining myself by my abuse. Unfortunately, being myself did not feel like a feasible option, as I had no clue who I was anymore.

For four years I skipped out on traveling and making new friends because of our relationship. I never made even the tiniest decision without considering his feelings first. Recalling all the sacrifices I made for him gave me a sick feeling to my stomach.

It was too much to think about. I needed to numb the pain.

Then, It Destroyed Me

My destruction occurred gradually, progressing with the help of alcohol and men. Every weekend was exactly the same routine: get dressed up, get drunk, get attention. I rarely skipped a week.

My problem with alcohol was actually secondary to my addiction to male attention. Any hint of male validation caused a rush inside of me.

A look was good. A smile was great. Wanting my name and number?

I maintained an illusion of confidence because I read somewhere that men are attracted to that. But nothing else could be further from the truth. If anything, I had confidence in what I wanted and who I was trying to be, but certainly not in myself.

After each short-lived relationship, I would think of my ex-boyfriend, wondering if I had maybe made a mistake. I knew deep down it would never be right between us. I could not imagine living my entire life being abused and controlled.

So in order to avoid getting back together with him, I would find other men to distract me.

Because, you know, being alone was not an acceptable option.

I was destroyed. Yes, the abuse started it, but my refusal to heal brought me over the edge. It took one sentence during an episode of Oprah to change my perspective.

Then It Strengthened Me

“You have to walk through the fire of grief.”

I did a double take.

Fire? Grief? This advice did not sound enjoyable.

But nothing else was working. Time was not healing my wounds; hangovers and breakups were becoming exhausting and embarrassing.

Who was I becoming? Someone who needed to walk through the fire of grief, that’s who. So I tried it. It was terrifying at first, of course, but I tried it.

My first order of business was crying. Can you believe I would never let myself cry? After deciding to walk through the fire of grief, I knew that needed to change. So I cried.

Then I joined a support group for other survivors of abuse, which initiated even more crying. It felt awful talking about past violence and abuse, yet comforting to know I wasn’t alone. It was as if each tear gave me strength.

And with that strength, I blossomed.

I traveled across the country. I ran my first 10K. I even started wearing my hair in its natural state—my afro.

My life was moving forward and I was choosing how. It felt wonderful. Hard. But wonderful.

Strength Was In The Healing

Yes, abuse is awful, but I don’t regret my experience.* I don’t regret how it temporarily destroyed me either. Because without that destruction, I would have no idea today of how strong I am.

(Sometimes a breakdown can be the best thing to happen to a person.)

Whether you are letting your “something bad” define you, destroy you, or strengthen you, remember this: Pursue healing.

Rather than running away from the pain, feel it. If you’ve hit rock bottom, acknowledge it. If your “something bad” defines you, consider defining yourself as someone in healing instead.

No matter what season you’re in, it’s never over until it’s over.

So if you don’t feel strong right now, that’s okay. Don’t pursue strength; pursue healing. Because your strength is in your healing. And healing is wonderful.

Plus, you deserve it.

*Though my abuse was horrific, I did not marry my abuser or have children with him. Additionally, he did not seriously injure me or end my life. Too often I hear stories about others whose choice to safely leave their abusive relationships was tragically taken away from them. It is in their honor that I do the work I do. If you think you might be in an abusive relationship, I urge you to contact the National Domestic Violence Hotline for support and guidance. You are not alone. You are worth healing.

Akirah Robinson is a licensed social worker, writer, and breakup coach who helps women heal and seek healthy relationships. Learn more about her at akirahrobinson.com and check out her new book "Respected: How One Word Can Change More Than Just Your Love Life" in paperback and Kindle. Wanna connect? Follow Akirah on Facebook and Twitter.