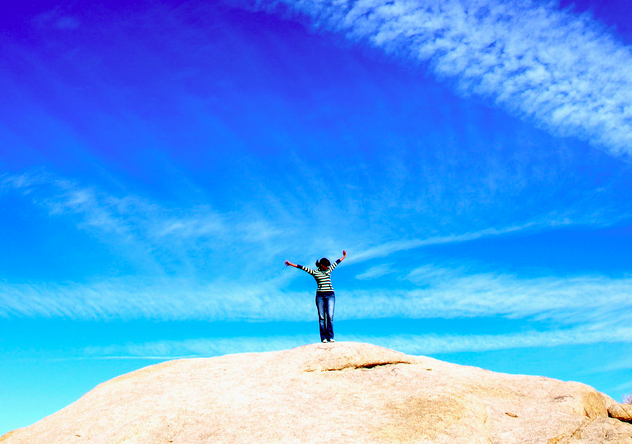 I am just winding down from a business trip that has been both trying and inspiring at the same time. I’ve recently been put into a role to manage a department in a functionality I know nothing about, working with people I’ve barely met, and changing a formerly toxic environment.

To say the least, I have a challenge ahead of me. Now six months into the position, I took my direct reports to breakfast and told them the sole purpose was for them to give feedback on how things have been going since the reorganization.

During coffee, the responses were a flat “Everything’s fine”; by the last bite of my pancake, I had learned that both employees were frustrated—one feeling underutilized and the other having trouble balancing the “working manager” role.

I had a lot of feedback to absorb, and it was very clear that there were items that needed to be addressed right away in order to ease frustration and point them in the right direction. At the same time, some of the comments and feedback needed to be dealt with some very honest directives.

I spent the rest of the day and three hours in the middle of the night dwelling on what and how to address the main points that needed resolution.

During those three mid-night hours, I finally worked through what to address and how to address it.  Then I had an epiphany.

Having struggled to be truly happy most of my life, specifically with the pressure and expectations of my new professional role, I realized that the three items I would be preaching to my employees could be directly applied to my own personal life for the same purpose of easing frustration and moving in the right direction—being happy.

1. Identify the things that can make an immediate impact and focus on them; the rest will have to (and can) wait.

There are several items that could be immediately addressed to alleviate stress and frustration, but others simply had to take a back seat until we had the time and resources to make changes—and the worst-case scenario would be remaining at “status quo.”

I can do a lot of little things right away to find more happiness in my life—spend more time enjoying my daughter, get back into my sewing, take some time for just for myself without feeling guilty. Once those are mastered, I can tackle the deeper issues that are the root cause of my unhappiness.

2. Don’t burn the candle at both ends; delegate the simpler duties and focus on where you are needed most.

The administrative managerial tasks added to his main job function were causing my employee to feel overworked, overwhelmed, and at risk of failing in his role. I told him he had an entire team to support him—and he needed to use them.

Thinking of myself, I have a husband who can (and does) help with the day to day tasks (cleaning, laundry) so that I can spend more time focusing on being a happy mother and wife—and I need to take advantage of that.

During our breakfast conversation, a gripe that came up again and again was that they “didn’t have time” to do certain things I had requested of them. The more I thought about it, the more I realized that was simply an unacceptable answer.

If you don’t have time to do the important things required to be successful, then you need to make the time for them, even if it means sacrificing something else.

For myself, I had been using the same excuse that “I don’t have time” to go to yoga practice, finish that sewing project, cuddle with my daughter as we watch television together— to do the things that could make me happy.

All I needed to do was let some less important things go in order to make the time for myself and be a happier, healthier wife and mother as a result.

In my follow up conversation with them, I realized my employees would struggle with actually executing on these three things, but with my guidance and persistence could learn to work through them and be better managers for it.

I know I will struggle to hold myself accountable for the same three things in my personal life. But I know that every time I push my employees to embrace these changes, it will be a reminder that I, myself, need to do the same.

What things can have an immediate impact on your happiness, and are you making time for them?

Lauren is a working mother of an almost-two-year-old daughter. While she has not established a formal blog or social media site to share her writings, she uses them as a creative outlet and to work on herself to live a healthier, happier life.