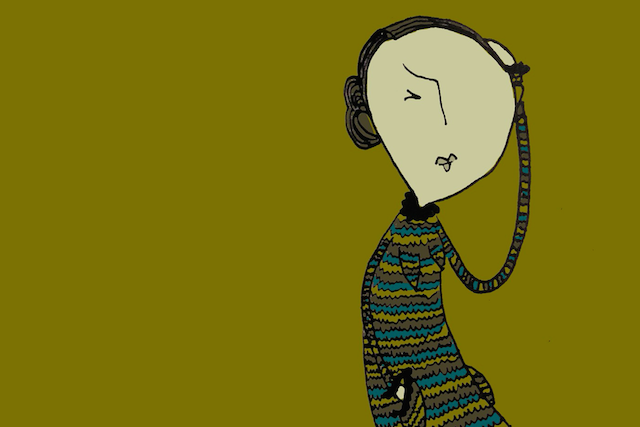 “Begin doing what you want to do now. We are not living in eternity. We have only this moment, sparkling like a star in our hand-and melting like a snowflake.” ~Francis Bacon Sr.

It seemed as though that was all I was hearing from my professors, and it wasn’t helpful.

Since returning to school to get my master’s degree, I had maintained a 4.0 average, but I also hadn’t taken more than two classes at a time. Until now.

When I enrolled for the fall semester, I chose to take twelve hours, or one full class more than the nine maximum hours recommended. I did this against the advice of my advisor, and I did this knowing that I also had three jobs and three children.

And I did feel unstoppable. Until I actually started the semester. Suddenly, juggling fifty hours of work, ten hours of commute, and twelve hours of school seemed like the dumbest thing I could do to myself. I had no days off. I had to budget my time down to each hour. I rarely saw my kids.

My husband travels for work and he was on a long job in Canada, so that helped as far as my guilt over not being around for him, but he was due to come back soon, and I was going to be too busy to spend quality time with him.

So it was, upon hearing the seminar speaker recommend researching exhaustively, that I felt dangerously close to tears.

What am I doing? I thought to myself. Why am I even here? There’s no guarantee I’ll find a job after graduation. A master’s degree doesn’t equal a guarantee. Why am I doing this and missing all this time with my kids? Why am I doing this at my age? I have no right to be here. I’m too old. I’m not smart enough. Everyone else seems so with it. How much longer can I fake my way through this?

If I hadn’t already paid (and that was another thing, why did I waste this money that could have gone toward something worthier, like my children?), I would have dropped out. I continued to go to every class, feeling like I was losing my grip a little more week by week, growing ever closer to complete panic.

Then one day I walked into my International Communication class, and a fellow student asked if she could share a video. The professor agreed, and so it was that I watched something that changed my thinking.

The video was called “Your Body Language Shapes Who You Are,” and it was a beautiful speech by Amy Cuddy about learning to understand your own abilities. It was very motivational, dealing with power poses and teaching yourself confidence.

The video itself put me in my place. But it was one line in particular that really struck me.

She was speaking of her own journey returning to school after a debilitating brain injury, but she was also speaking of a student she had advised who had come into her office ready to drop out because she just wasn’t smart enough to keep going in her program.

Seeing this woman, who had once been told her head injury was so great that college would no longer be an option for her, who had been told that she would be lucky to hold a job, speaking about her long battle to return to school, really hit me.

Here was someone who had fought a real battle. She had struggled for years to be able to return to school, and here I was whining about sixteen weeks? I didn’t even have a disability to overcome—except the power of my own negative thinking.

In my case, it was crippling fear, but in generalization, it’s attachment to any negative self-talk you have.

I attached fear to my enrollment in the graduate program, and it had been overriding everything and holding me down.

By giving up my attachment to that abusive inner dialogue, I was able to release some of that fear and anxiety I associated with school. I was able to look at it objectively by removing myself from it emotionally. I have to remind myself every day to hold onto that objectivity and release the fear, but so far it’s working.

This is obviously right out of Cuddy’s playbook, but she was right. When I started to pretend like I was just as smart as everyone else in my classes, I felt a little ridiculous. But after a couple of weeks, I started to realize that I had just as much to contribute as anyone else.

We’re all different people, so wouldn’t it make sense that we approached the class differently? Once I realized that different didn’t mean smarter, I was able to relax and actually absorb some knowledge.

3. Remember that nothing lasts forever.

If I had dropped out of the program, I obviously wouldn’t graduate. This stress is only temporary. When it’s over, I’ll have a master’s degree, and nobody can take that away from me. It will be worth it in the end, and I’ll be a stronger person for it.

There is no use holding onto stress and misery over something in the future. Do what you can today. Then repeat it the next day. But this moment is all we have. Seize it.

Am I magically a more well-adjusted, intelligent, and super-fun person as a result of all of this? Absolutely not. I still struggle almost daily, but it’s different now.

I know what I have to do, and I broke it all down into manageable pieces. I tell myself, “This is all you have to do today.” It truly makes a difference.

If you’re struggling over an obstacle in your life, remind yourself that all you can do is live in the moment you’re in right now. Don’t believe everything that you think. And you are good enough. We all have anxiety and we all have stumbling blocks. Think of them as inner strength boosters.

As for me, well, I’m halfway through. But that doesn’t matter. The only thing that matters is today. And it’s a pretty good day.

Jennifer Shepherd is a lifelong Midwesterner finding her comfort zone in strange ways. By day she is a Graduate Assistant at Pittsburg State University, by night she manages a movie theater. She can sweep carpet like nobody's business and conduct a mock interview like you wouldn't believe.