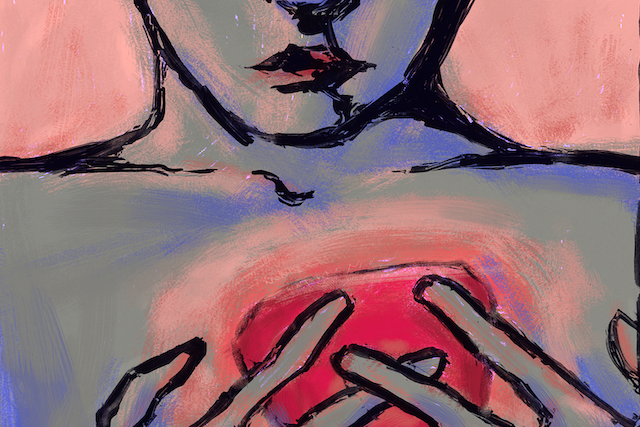 I used to have a horrible boss.

I worked as a trainer in a big corporation. I can remember him coming into one of my training sessions and telling me off about something in front of my whole group.

He treated other people badly, too. He frequently criticized people and talked down to them. He set unreasonable deadlines. He didn’t trust us to get on with our jobs.

Plato suggests that we be kind, for everyone we meet is fighting a hard battle.

Some people are very easy to be kind to.

If my friend is having a bad time in her relationship, my instinct is to call her and ask her if she’s okay. If we see an elderly person trip over on the street, our instinct is to go over and see if we can help them up. It is easy to be kind.

But what about my boss? Was I kind to him? And why should I be kind anyway?

At the time, I wasn’t kind to him at all. I talked about him behind his back with my colleagues, describing all the terrible things he’d done. I encouraged people to gang up against him.

When we were given an opportunity to give him feedback, I said something very critical about him in front of his own boss.

It’s easy to be horrible to horrible people. They deserve it, don’t they?

Since working for this man, I have learned a lot about myself and about others. I’ve learned that horrible people usually do horrible things because they are hurting.

In my own experience, when I say something horrible it’s because I don’t feel good about myself.

Yesterday, when my boyfriend was cooking, I criticized the way he was chopping the carrots. The tone of voice I used implied that what he was cooking was going to taste really terrible as a result. He was ruining the meal. It was the worst mistake he could ever make.

I did this because I’d had a bad morning. I’d had several rejections, and I needed to feel better about myself. If I could focus on how rubbish he was at cooking, then maybe I could forget about being a rubbish writer. My nasty comment came from my own hurt.

Sometimes, this process can be very subconscious. We won’t know why we’re being mean or angry or greedy or jealous—we’ll just do it. And then we’ll probably justify ourselves by pretending that it was entirely the other person’s fault.

He was cutting the carrots wrong! That gives me the right to criticize him, doesn’t it?

Sometimes a person can’t afford to acknowledge how horrible they’re being, because, deep down, they already feel terrible about themselves.

If our self-esteem is already a bit shaky, then the last thing we want to do is take responsibility for our mean words. I didn’t want to be a rubbish writer and a rubbish, criticizing girlfriend.

My boss was also fighting a hard battle. He’d just joined the company. He was much younger than any of the other managers. He was struggling to make sense of the financial products we were selling.

We were a strong team, full of strong personalities and lots of experience. We were pretty challenging.

When I look back, I guess that deep down he had grave doubts about his ability to do the job. I don’t know if he would have admitted this to himself or anyone else, but this deep-down-insecurity makes sense of his need to push other people about, to bully them, to criticize them, to tell them off in front of other people.

But I would remember, whenever I could, that he was fighting a hard battle. I didn’t know anything about his home life, his insecurities, his demons. Looking back, he didn’t seem like a happy man.

So how can we try to be kinder to people, especially when we don’t feel like it?

1. Try to notice when you feel the need to be unkind to someone.

If it’s too late and you’ve already said something mean, then complete the following steps anyway and you might learn something for next time. It might also give you an opportunity to apologize to the person you’ve been unkind to—“I know I was angry about what you’ve done, but I shouldn’t have said what I said. I’m sorry.”

2. Ask yourself why you are feeling an urge to be unkind.

3. Deal with your own pain.

If you want to be unkind because you’ve been hurt or you’re feeling insecure, then acknowledge the part of you that feels hurt.

Try to deal with this without taking it out on somebody else. Be kind to yourself.

If you want to be unkind because the other person has said something horrible to you, then you can do two things:

Try to make sense of why you feel so hurt. Did the person’s comment have a grain of truth in it, or are you afraid that it might? Is this why it upset you or made you angry?

Remember that the other person is fighting their own hard battle. They might have had their own terrible morning/week/life. You’re just unlucky that they’re taking it out on you. If what they’ve said to you doesn’t feel personal any more, it will have much less power to affect you.

A final note: I don’t think that being kind to everyone means that we have to be a push-over. If someone is behaving horribly, we don’t have to put up with it.

We need to remove ourselves from the situation, or report their behavior to someone else, or find some other way of looking after ourselves.

My boss’s behavior wasn’t okay. He did speak to me like I was five years old, and if I could go back in time I’d tell him calmly that I didn’t appreciate the way he spoke to me like that in front of my group, and that next time I’d prefer him to take me aside and let me know I’d done something wrong in a calmer voice.

But I think of him differently now. He was a horrible boss. But he was also a human being, struggling to get through life with all his insecurities and fears and problems. He was fighting his own hard battle.

He also deserved my kindness.

Fiona Robyn is also on a mission to help other people to connect with the world through writing. Visit her free community where all are welcome.