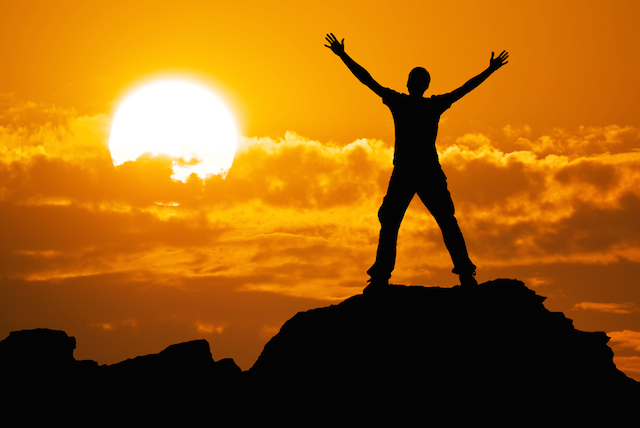 I sat, exhausted and alone after a long night, on the stairs outside the train station.

It was 3:00AM, and it was raining. I’d been drinking all night and I wanted nothing more than the warmth of my bed.

But my journey home hadn’t even begun. The gates weren’t due to open for another two hours, the wait for the train would be yet another hour, and the ride itself another hour on top of that.

My misery was compounded by the knowledge that things were only going to get worse when I woke up hungover and alone.

Why had I done this to myself again?

I told myself in sobriety that I was just a young dude who liked to party. I told myself that I went out every single weekend and drank more Jägermeister than Charlie Sheen would advise because I was free, and that’s how free people lived. I told myself lots of things.

But they were all lies. Nobody drinks themselves sick every weekend and winds up sleeping on a staircase because they’re happy. Nobody who has any kind of self-control drinks their cab money away for another few shots, especially when they’ve clearly had their fill already.

It’s amazing how good we are at rationalizing—telling ourselves stories built of lies to hide the ugly truth from ourselves. It’s also extremely worrying. The amount of harm we can cause ourselves when we live in denial is staggering.

There’s a reason that the first step of any good rehabilitation program is acceptance.

I was in denial about everything. I’d just moved to Melbourne, a city with a population 160 times greater than the humble town of Alice Springs I’d moved from. I’d left behind my job, my car, and my girlfriend of three years. I’d moved out of home and now I lived alone.

I didn’t want to admit how afraid and lonely I was. How disturbingly quiet my life had become. I’d prided myself on being the confident and funny guy who had everything under control, and my ego wasn’t ready to release that illusion.

It’s been a wild four years since then. Looking back now I can’t even remember what that life was like. These days, I drink maybe six times a year on special occasions, my diet is flawless, and I meditate every day.

My band is doing amazingly well, I’ve been working thirty hours a week toward building an illustrious writing career—something I’ve always wanted—and I have a tight group of friends, each one I trust with my life.

I never went to rehab, I never asked for advice, and I never relied on any particular resource to help me get my life together. I’m sure that those things would have sped up my transformation, but the simple fact is that it was as solitary a venture, as my self-destruction was.

Today, I’d like to share with you what I’ve now learned about during those four life-changing years: the five choices that helped me get over alcohol addiction, paralyzing fear, and inebriating loneliness.

These five choices gave me the freedom to build a new life—a life that gives me unprecedented happiness, and that I can look at with a glowing sense of pride.

When we do the wrong things, our mind’s default response is to rationalize why it’s okay.

You know that cheeseburger is bad for you, but when your mind tells you that, since there was broccoli on your pizza two days ago, you should feel free to scarf it down, the easy thing to do is believe it.

Let’s say that point A is the action you want to take right now (eat the cheeseburger) and point B is the action you know will be more beneficial in the long run (have a salad instead). The bigger the gap between the two, the more your mind will throw rationalizations at you.

Before you can learn to ignore your rationalizations and do the right thing, you have to be aware of them.

Once you’re aware of your rationalizations, and how weak you’ve been in the past for believing them, it’s crucial that you don’t judge yourself for that.

It’s not your fault that you rationalize; we all do it. Harsh self-criticism doesn’t make you a “realist” or a proprietor of “tough self-love.” It just gets in the way of true change. Accept your flaws as an essential part of who you are. Wear them with the same pride that you wear your strengths with.

Now that you’re ready to start making changes, you need to learn to know yourself.

Daniel Goleman, author of Emotional Intelligence (a book you should read), wrote “In a very real sense we have two minds, one that thinks and one that feels.” How else could we have such intense internal debates?

If you know how to swim, you seldom panic in a pool. You understand the water, how it works, and how to rise to the surface when you need to.

Our emotions are similar. Managing them isn’t as easy as coming up for air, but the better your understanding of them, the less they can overcome you.

If you don’t want to spend money on a book or your “to-read” list is too long already, check out Psychology Today‘s section on the subject.

You can’t expect to receive before you’ve given.

I’m not saying that the universe can read your mind, or cares about you. I’m talking about self-evident fact here. If you cultivate a habit of giving, people will see you in a different way. They’ll attach positive associations to your name when they think of you, and as a result, the joy in your life will increase.

As the saying goes: “Happiness never decreases by being shared.”

The more you give, the more you inspire others to return the favor, and the more fulfilled you feel.

If you’re self-aware, self-accepting, and you’ve cultivated the habit of studying what emotions are and how to handle them, embracing generosity is the fastest and most potent way to now start injecting positivity and love into your life, especially if you’ve never known either before.

Time for the home stretch! The finale! The purge!

Every seven years, the molecules of our body are entirely replaced. In our lifetime, we ingest and expel far more than we ever weigh. The past only exists as tiny fragments of our experiences we’ve chosen to remember, and the future only exists as speculation.

So, what’s left? What are we if not a moment-to-moment happening? Are we beings, or are we stories?

Whatever you believe, the cold hard fact of life is that people come and go. We move from place to place. We go from job to job.

We only exist in the now. Any resistance to it is futile, unhealthy, and irrational.

If you’ve mastered the first four laws, the only thing keeping you from total happiness are the things that you refuse to let go of. The discrepancies you create between what is and what you believe should be.

Thus, the cycle begins anew. Start with law one again. Become aware of these connections, accept yourself for having them, learn about them, and conquer them.

Man and sky image via Shutterstock

Chad is a copywriter originally from Texas but now living in Melbourne, Australia. He also plays guitar for his heavy metal band, Conjurer. Add him on Twitter or LinkedIn and say hi today!