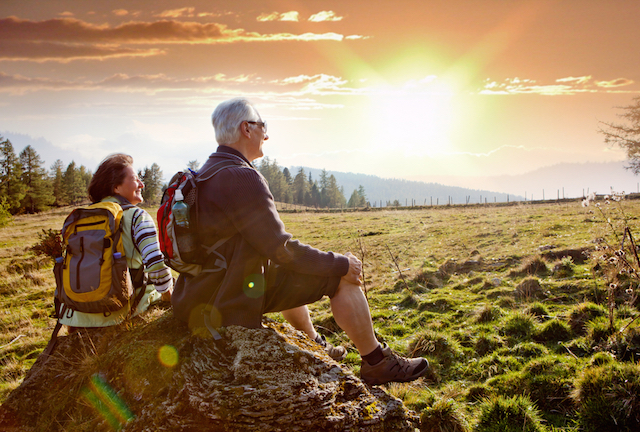 “Life is really simple, but we insist on making it complicated.” ~Confucius

My son was only a year and a half old when I left his father and began my journey as a single parent. I never in a million years thought I would be raising my child alone. But away I went, with no clue as to what I was doing. I figured I’d learn as I went.

I knew I wasn’t going to be one of those moms that are too strict, too overbearing, and too controlling. I wanted my child to grow up with some freedom, some direction, but most importantly, some values.

It was imperative that he treated everyone equally, including people begging on the street for change, and that he not be afraid to try new things.

I have always had a “throw caution to the wind” kind of attitude (with a touch of fear), and as my son got older, I realized he was adopting it. Yes! Success!

As he grew into his teen and young adult years, I started getting a little more concerned. He was taking too many chances and doing things that scared me.

Like that time he went to Florida with a group of friends and decided he wanted to go somewhere without them. Off he went, alone, hitchhiking. Yes, Mom was horrified.

Then there was the time he and a friend drove to Boston to attend a music festival, got lost somewhere in the middle of nowhere, and ended up in some tiny village that probably would have been a good setting for a Stephen King movie. Yup, horrified again.

“Mom, relax,” he would tell me, followed by “Wasn’t it you that told me to try new things?” Darn. It was me. The trouble was, he actually listened. I didn’t really mean it. Did I?

He never wanted for anything, but he also never took it for granted. Unfortunately, he grew up in somewhat of a poor household. We struggled, but we were happy. Anything I couldn’t give him, he was fortunate enough to get from his grandparents.

Once he was on his own, he worked hard, made lots of money, and hoarded it because he was scared of being poor again. He held on to it for dear life and wouldn’t let go.

He got let go from his job and ironically enough, he couldn’t have cared less. Armed with more savings than a twenty-six year old should legally have, away he went on his worldly adventures. My anxiety kicked into overdrive.

Over the last two years, Julian has lived the life most people only dream of. Along the way, he’s taught me a few invaluable lessons. I hope they enlighten you as they did me.

This one was an eye opener for me. The things we hold onto, the things we buy, what’s it all for? I need a bigger TV. I think I need more clothes. I definitely have to have that chair. So much stuff. Do we really need it?

In the event you ever decide to pack up and run away, what are you gonna do with all that stuff?

I’ve downsized, and I’m ready to bolt at a moment’s notice, because Julian showed me that the less you have, the happier you will be.

When he packed up his backpack to travel through Asia, he didn’t have to stress about what to do with his things because he had so little. He’s only ever had the bare necessities, and he’s always been happy.

The simpler I live, the less stuff I have, the easier life is. I can honestly say I truly have everything I need. He’s right. Stuff is just stuff.

2. People are people no matter where you go.

As Julian learned in his travels, no matter where you go, everyone has the same problems. Work, life, kids, bills, sickness, poverty.

We’re all people and we all have stories. We are all on this planet with the same goals. We all live, breathe, laugh, play, cry, and die. Be kind to each other. Treat everyone the same—with respect and compassion—no matter where you are. We are all in this together.

3. The world is big and beautiful. Go see it.

Julian posts the most amazing photos on Facebook and Instagram, and I look at them in awe. I can’t believe my son has seen these absolutely breathtaking places.

His message to me is always the same: “Get out of that dump of a town you live in and go see places!”

Not everyone has a huge savings to use for travels around the world, and many of us can’t up and leave our lives for years, but we can venture out beyond the world we know, whether that means visiting a new city, a new state, or a new country.

As Julian says, if you want it bad enough, you’ll figure out a way to do it. He’s right. And I will.

4. Things don’t need to be so complicated.

I’m guilty of making mountains out of molehills. Things that really annoy me, anger me, scare me, and just freak me out usually end up being easily managed anyway. Things are rarely as bad as we make them out to be.

I know it’s easy to say this when you’re young, not tied to anything, and you’re having the time of your life. But life truly is a lot easier and more enjoyable when you relax, keep your eye on the big picture, and focus on the good things instead of stressing out about everything that seems bad.

5. Life is short. Be brave and take chances.

Get out of your box and go do things. Many things. Adventurous things, scary things, fun things, not so fun things (because you won’t know that they aren’t fun until you try them).

Seriously, get out of your comfort zone. There is a plethora of adventures awaiting you. Julian tackled deep sea diving and said it was the most beautiful thing he has ever done. That’s what I’m talking about.

At fifty-two years young I am now taking the advice of a twenty-seven year old. I’m more relaxed, I’m planning adventures, I’m finding ways where before there was just excuses, I’m minimalizing, and I have a new love for life.

Deep sea diving? Maybe not, but I’m not opposed to zip lining.