5 Unexpected Benefits of Being Friendly
By Steve Mueller 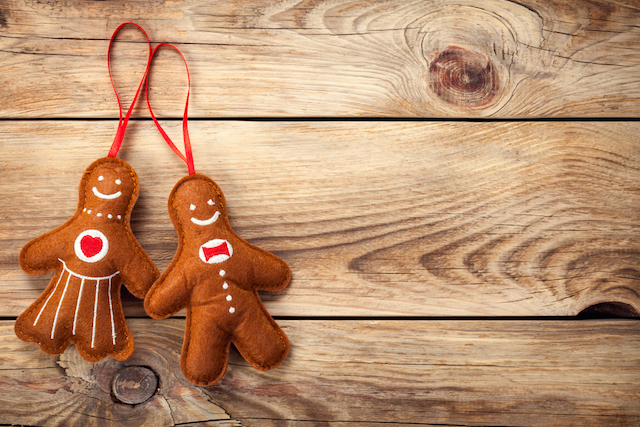 “A good character is the best tombstone. Those who loved you and were helped by you will remember you when forget-me-nots have withered. Carve your name on hearts, not on marble.” ~Charles H. Spurgeon

What are the benefits of being friendly? Some might argue that there aren’t many advantages to it. These people might even tell you that you should mind your own business instead of trying to please everyone.

But is friendliness really just an attempt to please others? Is it really a sign of insecurity or even weakness?

I believe friendliness is a sign of inner strength and balance.

Just a year ago, I was confronted with an extremely negative person at work. At first, I believed she acted as she did because she was struggling with he burdens we all have to bear from time to time.

I thought the problem would eventually resolve itself, but it didn’t. Only in retrospect I am beginning to understand that unresolved underlying pain could have influenced her behavior.

Unfortunately, I didn’t consider this possibility back then. In my ignorance I assumed the worst of her, thinking her behavior was a cold and calculating attempt to manipulate everyone around her.

I judged her based on her actions, without considering the underlying motives. She was igniting conflicts wherever she went, so I assumed she felt more comfortable in an unstable environment.

Usually, I try to stay calm in situations like this. But there are some people who know exactly how to push your buttons. She was one of them.

I had already decided to confront her when something unexpected happened. Apparently, she had found one of my colleagues’ sensitive spots, which led him to burst out yelling at her in front of our boss.

Our boss wasn’t too happy about that, demanding my colleague take anger management training.

The whole experience taught me an important lesson. It showed me that calmness and understanding are the only healthy options you have when you’re confronted with someone who’s dealing with underlying pain.

Here’s what I learned about the advantages of being friendly.

1. You can make a difference with friendliness.

Sometimes it feels as if the world is filled with impolite or angry people. As a result of this misperception, we’ve learned to raise our shields to the maximum. Instead of being open to people we don’t know yet, we do our best to avoid the risk of being vulnerable.

You can make a difference in this world by making the first step toward a potential relationship with others. Or, as Scott Berkun, former manager at Microsoft, has put it: “Initiating a positive exchange is a hallmark of a difference maker.”

Just imagine what could have happened if I had the courage to make the first step with my not so polite colleague. It would have given me at least the chance of discovering the underlying cause of her behavior, and maybe even helping her.

Instead, I was so preoccupied with defending myself that I didn’t even consider honest friendliness as a possible means to resolve the issue. This was the moment when I realized that I could only make a difference by being kind and helpful to other people.

Let’s face it, there will always be people who test your limits. It’s not easy to treat others with respect in such situations.

We all know how difficult it can be to be kind to certain people. However, we shouldn’t use their misbehavior as an excuse to treat them just as badly.

Allowing someone to make us behave impolitely only makes the situation worse. On the other hand, if we have the courage and willpower to keep our balance, we can contribute a great deal toward the easing of the situation.

I experienced this firsthand, when my boss was yelling at me for a mistake I’d made. Instead of arguing at the same level of aggression, I chose to remain calm and tried to explain what had led to my mistake. Surprisingly, this not only helped calm him down, but it also helped me resolve the problem quickly.

These are the situations that both test our limits and strengthen our willpower, if we choose not to give in to the temptation of treating others as they treat us.

Friendliness isn’t just about treating others with respect, it’s also about caring for others: You treat others friendly because you care about them and their well-being. You help others because you see yourself in them.

Kindness doesn’t have to be limited to people we know. Instead, it’s the universal willingness to treat each individual the way we would like to be treated.

Being friendly and helping others will add significance and meaning to your life. Knowing that you are helping to make this world a better place is one of the most rewarding experiences.

Being friendly to others doesn’t just help them, it works in your favor as well. Friendliness will instantly boost your happiness.

Whenever I’m being kind to another being, I feel good about myself.

Just recently I was buying a train ticket at a vending machine when I noticed the man standing beside me at the other machine didn’t have enough change to pay for his ticket. He had already thrown in many coins, but seemed a little helpless when he realized that there weren’t enough in his wallet.

I asked him if he needed more coins. It turned out that it wasn’t much, so I gave him what he needed.

The man’s response truly warmed my heart. You could see the happiness and relief in his face, and that made me happy as well.

5. It will likely come back to you.

Should we be friendly just so that other people will reciprocate the favor in our time of need? I think that would be rather selfish. True kindness and friendliness can only be expressed when we let go of the need to gain something from it.

Still, I believe that if you’re a genuinely friendly person, you’re more likely to be surrounded by people who are also friendly and accommodating. Kindness attracts kindness, just as rudeness often attracts rudeness.

It really feels as if I receive that which I send out to another person. And that makes me feel appreciated, accepted, and respected for who I am.

We all face challenges, and it’s not always easy to be friendly and polite, but doing so can make a profound difference—for others and for ourselves.

Steve Mueller is a blogger who strives to inspire others to stand in their own sovereignty. Subscribe at his website Planet of Success to get the best strategies and tricks to make the most of your life, and follow him on Facebook here.

Practicing Loving-Kindness Even When (Especially When) You Are Hurting