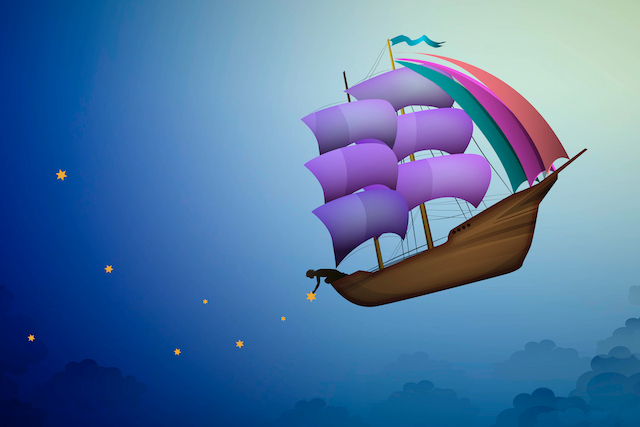 I remember dreaming for years about living abroad. First it was Italy so that I could discover my roots. Then it was Fiji because it seemed like the furthest place from Los Angeles (which I actually did, but only for two months during the summer of 2003).

After Fiji, there was an eight-year gap that was full of college and Corporate America. My daily routine involved waking up early, working all day, and studying all night. As I’m writing this I can picture myself a year and a half ago, sitting in my office and gazing out of the 20th floor wondering what it would be like to live in another country.

I was fed up with my inability to take action and go for what I wanted. I gave myself eight months to save enough money, plan where I would go, and tie up any loose ends.

My goal was to live abroad for a year.

I worked two jobs, sometimes three, so I could save enough money for the school loans and credit card bills I would still have to pay while I was gone. I had no social life, but I knew that I was working toward a life-changing experience.

In September of 2011 I quit my job and moved to Costa Rica.

I volunteered for two months teaching English at a local school in a poor neighborhood. It was rewarding beyond belief. Then I spent a month getting TEFL certified so I could continue my travels and make money teaching English along the way.

Suddenly, panic struck. In December I thought the money was going to run out and I would have to go home.

As fate would have it, two weeks before I was due to leave, a friend told me about a job opening at a local company she had just started working at. She knew my background was in marketing and social media, and they just happened to have a Social Media Manager opening. I interviewed and got the job!

Then, as fate would have it (again), the Director of Communications quit the day I started. After the initial shock, I decided that my journey didn’t end there and applied for her position.

That same week I became the new Director of Communications for a multi-million dollar company in Costa Rica. What?!

It hasn’t all been great. I’ve made a lot of mistakes. Through those mistakes, though, I’ve come up with these seven life lessons that you can use whether you’re living abroad, wanting to live abroad, or just wanting a new adventure.

Will it be easy? Maybe, maybe not. Will it be rewarding? Absolutely.

Do what it takes to prepare. The point is to actually take action rather than just planning it in your mind for months or years and constantly making excuses as to why you “can’t” do it.

2. When faced with sink or swim, choose swim.

The way that people drive in Costa Rica is a cross between Mission Impossible car chases and Motocross (jumps included). I came from Los Angeles, and most people think that L.A. has the worst drivers. Not so much.

If you don’t swim, you crash, or you cause an accident to happen and you put yourself and others in danger. You must drive like a maniac, and you must get used to it. You must swim.

This obviously goes for any cultural differences. First observe, then learn, and then swim. It’s always more fun to enjoy the culture from the inside.

3. Erase expectations from your mind.

When I thought of Costa Rica, I thought of white sand beaches, constant sunlight, and beautiful sunsets. What it actually is for me: living a mile-high in a rainforest, constant clouds (and rain of course), and really cold. I’m not sure they could be more opposite.

What I have gained, though, is a newfound love of nature. I used to be so scared of nature growing up because I’ve always lived in cities. The only nature I knew about was in scary movies, and you know what happens to people in scary movies when they’re out in nature!

Maintain an open mind. You never know where life will take you, and for what reason.

4. Make mistakes as often as possible.

When speaking Spanish, I was scared I would say something incorrectly and that people would make fun of me for it. Then I realized I’m never going to learn by being quiet and only speaking Spanish in my head. My vocabulary and fluency have grown immensely since making that decision.

When doing something new, it’s best to just get out there and start making as many mistakes as you can. You will mess up, and people will correct you, and you will learn.

5. Live in a constant state of wonder.

When we move somewhere new or start at a new job, our world is full of excitement and wonder, right? Everything is so cool! You tell all of your friends and family all about it.

Then, as time passes on, it starts to become more normal. The excitement fades and the wonder disappears.

Even if you have lived in the same area or worked at the same company for a long time, there are still wonders to be discovered and exciting things to see. Try to put on some wonder-glasses, and attempt to see your “same” world as a whole new world.

You’ll be amazed by what happens.

6. Stay in touch with those you love.

It’s really easy to get caught up in a new adventure and forget to keep in touch. However, I’ve learned that it’s so important that family and friends know that I’m always thinking about them and that I miss them. Plus, it always feels so good to hear their voice and see their face through Skype.

If you asked me a year and a half ago what I thought I would be doing, this would have never even been on the radar. It’s not until we take the leap of faith (with a bit of planning) that we really reap the benefits.

It hasn’t been all great things, and there have been some big struggles along the way, but in the end it always ends up better when you go for your dreams.

What’s your current adventure? What else would you add to the list? Please share it in the comments!

Jeffrey Friend is the founder of Small Steps | Big Changes, a site that takes a unique look at Life, Work, Relationships, Health, Personal Development and Happiness, and illustrates how the Kaizen philosophy is used to turn small steps into big changes for all areas of your life. Connect on Facebook & Twitter.

Train Your Mind: Overcoming Negative Thoughts Is Half the Battle