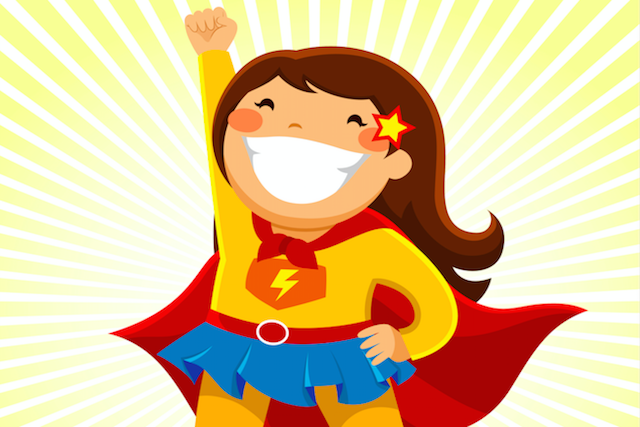 “Nothing in the affairs of men is worthy of great anxiety.” ~Plato

A few weeks ago, I was standing in front of a mirror in the women’s bathroom at work.

I could feel the cold sweat down my spine and was angry for not being able to gain a better control of myself. I attempted everything in the book—took deep breaths, closed my eyes, tried to calm down, counted slowly to fifty.

My anxiety was still running high, my pulse was rushing, and I looked as a frightened little bird trapped in a cage. The occasion? An executive meeting that I was supposed to lead and pitch an idea to the company’s CEO about ways to achieve efficiency and save some money.

No biggie, some would say. In fact, many people would thrive at the opportunity to make themselves visible to the highest levels of leadership. I wish I were one of those thrill-loving extroverts.

As an introvert, though, I shy away from being the centre of attention. Right now, I was also terrified. And as I was standing in the washroom, I felt as if I would have a heart attack. And nobody would know what a great presentation I had prepared!

Then, I remembered something that I read a while ago. Worth the try…

In 2012, at the TED Global conference in Edinburgh, Prof. Amy Cuddy, a social psychologists from Harvard University gave a speech that became one of the most watched TED talks of all times. The topic: “Your Body Language Shapes Who You Are.”

The main idea is that standing in certain poses, even if we only visualize it, can give us an instant boost of self-esteem, although we may not feel truly confident on the inside. In other words—faking it can help us make it.

Her research has shown that by taking a power pose—or, as she calls it, “making ourselves big”—for two mere minutes before an important meeting can change our brains and make us more assertive and less anxious.

After only two minutes, our testosterone levels increase by 20 percent while cortisol levels decrease by 25 percent. (Ideally, every great leader has high levels of testosterone and low levels of cortisol). The power poses are the ones where we spread ourselves.

For instance, forming a “V” with our hands or putting our hands on our hips. Poses, such as crossing our arms in front of us or hunching forward, in contrast, make us feel small and insecure.

Therefore, if we want to portray instant confidence, we should practice power poses daily.

This notion may not sound as a revolutionary one at a first listen. But, in fact, it is.

The “power poses” study shows that by standing in certain body positions, we can make ourselves not only appear more confident to others but also feel this way. In other words, we can change who we are, as Prof. Cuddy puts it.

Our brains’ chemistry would change, literally. And therefore, over time, our personality would as well.

My train of thought races forward to yet other pieces of research I’ve read about, done few years ago on smiling.

Many studies have previously shown that smiling is not simply a way to do facial gymnastics, nor something that we should only engage in when we feel happy. Conscious efforts and even “training” ourselves to smile can make us feel happier.

It’s not always an inside-out relationship (we feel happy, therefore we smile) but rather greater benefits can be experienced the other way around—when we start with that small facial gesture that can, in turn, change our mood, make us appear more likeable and competent to others.

The proof and the examples are countless.

Patients injected with Botox who are unable to frown have reported to feel generally happier than those who can express negative emotions. People that smile during medical procedures have also stated to feel less pain.

Even more surprising, though, is the fact that Charles Darwin was one of the first scientists to propose this idea. All the way back in 1872, Darwin stated that “the free expression by outward signs of an emotion intensifies it. Even the simulation of an emotion tends to arouse it in our minds.”

Simply put, he suggested that even faking an emotion can light up our brains and make us feel better. Exactly as Prof. Amy Cuddy has also stated and proved so many years later.

If we convince ourselves that we are happy and smile often, or that we are confident and fearless and start acting this way, over time, we do become happier and more confident. Pretty amazing!

Back to my reflection in the mirror. So, I spent two minutes in a “V” pose, and another two with hands behind my head and elbows to the side.

Up until today, I am still unsure if this really helped me to pull through that day, or it was my self-persuasion that I would somehow make it. Regardless, I did feel better—after the “V” pose and grinning for about five minutes without stopping.

I can only imagine what I looked like to a bystander! But hey, if smiling and taking “big poses” can help us live a longer and happier life, does it really matter if we look quirky in front of a bathroom mirror form time to time?

Finally, if you ask me today what the secret to being a cheerful, confident, and fulfilled individual is, I would tell you that it may as well be something as simple as becoming a smiling Wonder Woman (or Wonder Man) for few minutes every day.

Girl in superhero costume via Shutterstock

Evelyn Marinoff is a blogger, an MBA, and a passionate reader. After years living between Europe and North America, she is now settled in Oakville, Canada. She works in the financial industry but spends her free time researching and writing about her experiences and ideas in the areas of well-being, motivation, and self-improvement. Follow Evelyn on Twitter or vist her at mind-chatters.com.