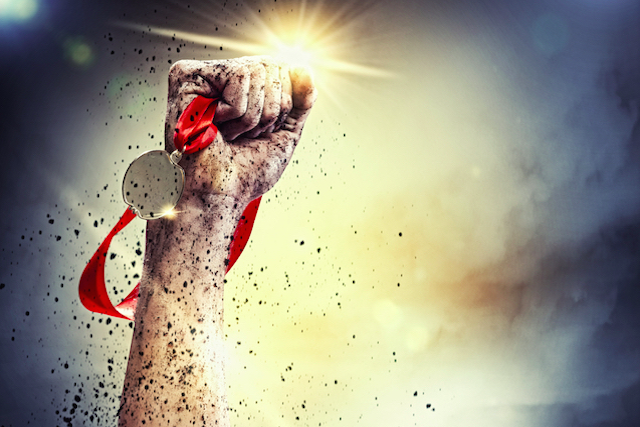 “In fear, we expect; with love, we accept.” ~Kenny Werner

When I was in high school I played a lot of piano. For Christmas one year, my dad (a professional musician) gave me a book called Effortless Mastery.

It was a book that, among other things, taught one how to practice. The author spoke about the importance of learning how to practice in order to improve one’s skill. Sounds like common sense, right? Well, sort of.

You see, most people don’t really like to practice much of anything.

When I was a kid I learned a few really impressive songs on piano. My favorite was “Swanee River” in a boogie-woogie style. I practiced it and practiced it until my fingers could dance around like little people on the keys.

Once I had learned that song, I played it over and over and over again. I used to tell myself I was “practicing,” but really I just enjoyed sounding good, so I would play it repeatedly, never really improving. I had been playing piano for over ten years, but I had never really learned to practice.

Practicing is intentionally sounding bad in order to get better, and what I was doing was performing for myself. Quite a bit of life can be spent performing for oneself, which can act as a real barrier to knowledge, the kind of knowledge that requires vulnerability to acquire.

If all you ever do is perform, then you’re not really learning and growing. If you’re afraid of practicing because you might sound bad or fail, then you will never really master anything.

If you’re not willing to accept being anything but the best, then you will never gain knowledge and develop the skills that come from learning from others who are better than you.

I’ve spent over ten years thinking about that book and reflecting on it in different ways, and I’ve finally learned how to put my thirst for knowledge ahead of fears.

My interests and hobbies have come a long way from when I was a kid. Back then, I took up anything and everything that I was good at. It’s not to say that I didn’t genuinely love the activities I was doing, because I really did, but I wanted to do things that offered me the opportunity to be the best.

My first foray into the realm of activities that I wasn’t naturally gifted in was triathlon. After high school I took up the sport. I had been running all my life. While swimming came very naturally to me, cycling did not.

I began to sort of thrive in the zone of discomfort that I lived in throughout my years cycling. I would ride with people who were so much better than me and they would push me harder and harder every week.

I remember at one point, I had a game going with my cycling buddies where when we reached a hill, they would keep cycling to the top and then back down again, repeating this until I reached the top.

I began to grow a little less uncomfortable knowing that I wasn’t the best at this sport. So much so that I was able to laugh at myself as one by one competitors would pass me on the bike leg of the race, after I had come out on top in the swim.

If you were to look at my life today, you would find a person who participates in a range of activities (in my personal life, my career, and academically), from ones where I excel to those at which I am less than mediocre.

My husband has helped me along on this journey, because he doesn’t have a competitive bone in his body, so I’ve learned to derive enjoyment from things other than winning and to be less afraid of losing.

I’ve taken up things like crafting. I love it and I’m really quite terrible at it. I mean, I can do simple projects, but give me a glue gun and materials and watch out, because I’m bound to mess something up.

I really love rock climbing. I’m middle of the road (and that might be a stretch) within the group of people I climb with. And I recently finished a research project for a degree I was working on and I took up interpretive research, a paradigm that I was completely lost in.

I have learned to take absolute pride in not being the best. As much as I love being a mentor, I’ve discovered that I really love being a student too! I love the vulnerability that is present and how real it feels when I openly acknowledge my weaknesses and areas for improvement.

In activities where performing counts (like my career), I’ve learned that it’s okay (even desirable) to make mistakes.

I declare freely when there’s something that I don’t know. Ask me at an interview what my greatest weakness or area for improvement is, and you won’t get a cliché answer that I’m too attached to my work—you’ll get the real deal.

In this territory of discomfort, failure, and ‘sounding bad,’ I have found what it really means to have a willingness to learn.

I accept what I don’t know and learn what I can. I practice many things every day (from communication in my relationships to skills in my career), and as a result, I learn and grow every day.

Here’s how you too can overcome your fears, embrace failure, and learn every day:

1. Try something new that interests you but doesn’t come naturally to you.

I think most people have at least one activity that they might like to try but don’t out of fear of being bad at it.

Maybe it’s singing, maybe it’s drawing, maybe it’s public speaking. Pick an activity that you’re not good at and try it out for a while. Embrace the discomfort and insecurity that you’ll experience being less than the best, and have fun with it!

When you ask questions, you display vulnerability; you’re acknowledging that there is something that you don’t know that others do.

Asking questions doesn’t always come easily for people who derive their confidence from a sense of success. Don’t be afraid to ask questions, and ask lots of them. People appreciate sincere questions and the opportunity to teach.

Take some time to tell those around you how great they are, and celebrate in their successes.

Communication is the gateway to learning. When you tell someone about a skill or trait of theirs that you appreciate and could learn from, it empowers them and gives them the confidence to own that skill/trait. The more they own it, the more you can learn from them.

When you’re used to being good at everything you do, it’s going to feel very awkward to be less than the best. Don’t allow negative self-talk.

I often catch myself jokingly saying, “I just suck at this” during my weekly rock climbing sessions, but all that’s doing is re-focusing on a win/lose attitude. Instead, speak kindly to yourself, and focus on how much your improving and what you can do rather than what you can’t.

5. Think about the fun you’re having.

Those other sources will be the key to finding more enjoyment out of new experiences and activities that don’t involve your ego.

6. Be enthusiastic about failure.

Don’t just accept failure as part of life; welcome it in with open arms! Sometimes the only way to learn is through complete and utter failure. It’s what you do with the failure that counts.

Next time you’re working on something in your life (maybe a work project, maybe a relationship), acknowledge when what you’re doing goes belly up and think objectively about what went wrong. Don’t look at failure as an extension of you; see it as the only journey that leads to true success.

As the great Winston Churchill once said, “Success is the ability to jump from one failure to the next with enthusiasm.”

Jenn is an energetic and active mom, wife, and animal-loving vegan who is serious about fun. When she’s not working as a non-profit professional, writing, or enjoying family time, Jenn can be found DIYing, hanging out on the rock wall, or watching Gilmore Girls. Jenn is the author of nannyandme.ca, a free parent resource, and writes regularly for Pink&Blue Magazine.

How to Prioritize, Pursue Goals, and Focus When You Have Many Interests