The Art of Conversation: Stop Zoning Out and Waiting to Talk
By John Nonemaker 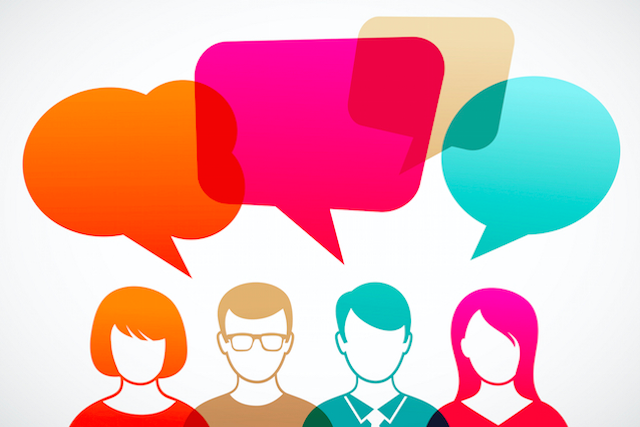 “Let us make a special effort to stop communicating with each other, so we can have some conversation.” ~Mark Twain

Some of the most memorable experiences in our lives revolve around the conversations we have with others.

Talking to your grandparents about what life was like for them when they were young.

Kind words of encouragement from a teacher or mentor.

A romantic conversation in front of a fireplace with your soul mate.

Listening to the last words of someone on their deathbed.

However, sometimes we can become so pressured to talk, to sell ourselves, or can become so distracted by all the gadgets and activities begging for our attention, that we forget the basic components of meaningful human interaction.

A couple of months ago I was sitting in a café across the table from an Italian woman. We were there together with mutual friends and had just met. To be polite and engage her in conversation, I asked a standard icebreaker question about her personal life.

She opened her mouth to speak and didn’t stop talking for at least twenty minutes.

I have been around enough Italians to know they love to talk, but this was extreme even for Mediterranean standards.

Our mutual friends and I nodded along, and by the end of her Shakespearean monologue I knew everything about her whole life, including how she was raised by a single mother, and how every activity in her own baby’s daily routine was scheduled to the exact minute.

After she finished and took a much-needed breath of air, she turned to me and asked, “So, what do you do for a living?”

But it was already too late.

The smile from her face disappeared and glazed eyes began to stare aimlessly at me from the other side of the table. Then, as I continued to give a brief synopsis of my personal and professional background, she started to fidget in her chair and look nervously around the café, but not at me.

I could tell that her mind was racing and that she was anxiously waiting for the moment where she could jump in and speak again, so I turned the conversation back to her. She lit up with a huge smile and then part two of her monologue began.

My feelings weren’t hurt by the fact that she preferred to talk instead of listening to me, or anyone else at the table for that matter. But when I got home I began to reflect on how I interact with others.

Do people enjoy talking to me?

What goes through my mind when someone else is speaking?

Do I give them my full attention?

As I mentally answered these questions, I came to the realization that I, like my Italian tablemate, could sometimes be a me-conversation culprit.

I would be so focused on thinking of something smart to say next that I wouldn’t even be listening to what the other person was saying.

When a coworker was in my office talking to me, I would always keep one eye on my email inbox.

And when having a phone conversation with my family, who I hardly ever get to see because they live on another continent, I would be scrolling through my Facebook newsfeed on my computer, half-listening to what they were saying.

Since that encounter in the café I’ve made a conscious effort to get rid of these bad habits and have memorable conversations with others, especially with my friends and family. Some of the tips I’ve been learning and attempting to putting into practice include:

Refrain from asking yes/no questions, which will end with a one-word answer followed by the sound of crickets. We should instead try asking questions such as, “How did that feel?” or “What was that like?”

It keeps the conversation flowing and makes it more interesting because we get to hear their viewpoint instead of describing their experience for them, i.e. “I bet that was amazing!”

You’ll be surprised by some of the responses you’ll get.

2. Listen to their voice, not the one in your head.

We should focus our full attention on someone when they are speaking to us instead of getting wrapped up in what we’ll say next. Just let the conversation flow and take its natural course.

When we listen to what others are saying, they’ll feel more connected to us, even if we actually don’t say all that much. In addition, as I’ve learned firsthand, you can spare yourself those awkward moments when you ask a question that they had just previously given the answer to when they were speaking.

3. Don’t make the conversation about you.

It can feel great when we talk about ourselves, especially if there is something we are proud of. But we shouldn’t make the conversation consistently about ourselves.

One of my interests is travel, so now I’m constantly reminding myself not to one‑up everyone else by saying something along the lines of, “Oh, that sounds like a fun vacation. Last year I went to (insert destination here), which was so amazing!”

A great conversationalist is a person who knows that a real conversation is not a monologue, or about trying to constantly impress everyone. It’s a give and take dynamic, which involves actually listening.

And besides, nobody ever learned anything from just talking.

Lastly, if we want to have a meaningful conversation, we have to stop multitasking.

We should just refrain from whatever it is we are doing that is keeping from us from focusing our attention on them.

This is the one piece of advice that I consistently have to work on. As I mentioned before, most of my family lives halfway around the world and any sort of communication is precious, yet when I speak with them I can easily get distracted by all of the cat videos and social media updates that the Internet has to offer.

These distractions can be hilarious and fun, but they are not a top priority in my life like my family is, so I always try to keep this tip in mind.

Human interaction is one mankind’s fundamental needs, and we can all work on our communication skills.

Because in the end we aren’t going to remember what was on our social media, or how impressed others were when we talked about all of the exotic places we’ve visited.

We are going to remember what we’ve learned from others and the meaningful connections we’ve made with real people.

John is an engineer and blogger living in the Netherlands. He writes to help left-brained thinkers and young professionals find moments of mindfulness amid the hustle and bustle of an active career. Connect with him and get more insight at www.johnnonemaker.com.

Are You Really Listening? 4 Ways to Understand and Connect with People