The Big Little Secret to Rejection: How to Get Past It Quickly
By Amanda Graham 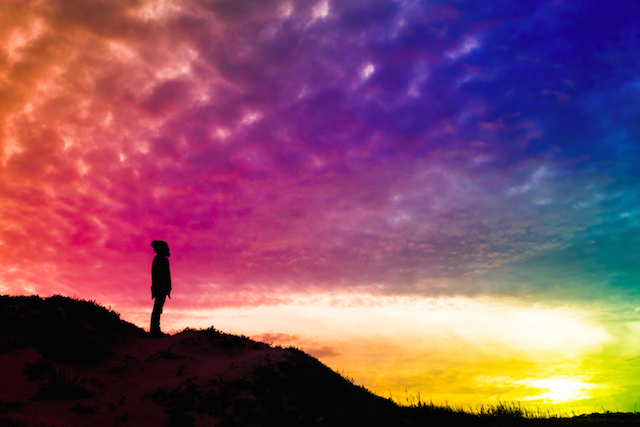 “I am good at walking away. Rejection teaches you how to reject.” ~Jeanette Winterson

Rejection is something that can impact all the big parts of our lives—friends and loved ones, education, jobs, and romantic relationships. It can change how we see ourselves, paralyze us into not taking chances, and even make us give up on pursuing our dreams.

There’s a lot of wonderful advice out there about rejection, but I wanted to share a bit of a different perspective. It’s a simple perspective I was lucky enough to hear a long time ago, but have only just begun to truly believe and practice. And wow, is it a revelation.

I was a short-term contract worker for a very large, very popular media company for ten years. Through time it became obvious that no matter how hard I worked, I couldn’t seem to get up the ladder.

Many of my colleagues were progressing and getting hired as permanent staff, whereas it would take me months to even land a contract. When I asked for extra training to shoot and edit, or offered to write scripts, I was refused. My ideas either fell to the wayside or were given to others to work on.

As time went on, they inexplicably put less and less trust in me. So I worked harder and harder to try and prove myself, and spent all my spare time teaching myself skills and making the content that I so desperately want to do at work. I was exhausted and demoralized, and eventually began taking anti-anxiety medication.

It was a bewildering experience because I did a great job, and was conscientious. Why was this happening to me? What was I doing wrong?

It all came to a head after a particular campaign for kids that I was hired to steer from behind the scenes, given my insider experience and knowledge about the campaign topic. Nine months later, when the campaign was extended, my job was just given to someone else less suitable.

When email went around to the department announcing the new appointment, my co-workers were as confused as I was. I heard, “Why aren’t you heading this up, Amanda?” at least nine or ten times that day. I had no answer.

In a fog, I got up from my desk, left the building, and walked into the courtyard. And just then, something clicked in my head. I finally got it. They simply didn’t want me.

They had been telling me this for ten years. And I had been ignoring it.

I looked back at the building—at all the people in the windows, happily busy doing their thing, and suddenly it was like there was a flashing neon light saying “YOU DON’T BELONG HERE!” I burst out laughing. How could I have missed this the whole time?

We do this type of thing a lot, don’t we? How many times have we refused to see we’re being rejected, no matter how obvious?

It’s so easy to react to rejection with our egos. We think, “How dare you!” or “I’ll show you I’m right for you.” We need to be right. We need that validation, at the expense of that part of us that knows our worth and is powerful enough to walk away.

Consider this situation that most, if not all of us, have experienced: We date someone, really enjoy it, and see a lot of potential with them. But after a few weeks or months, we begin to feel a noticeable shift on their part.

Maybe they start texting less often, or they aren’t as excited to see us, or they are less available, or close themselves off a bit. It throws us for a loop, doesn’t it? We may even panic a bit. So we react by assessing the situation, reading between the lines, trying a bit harder, asking friends for advice, and Googling articles that make us feel better about what’s going on.

We give this person all of our headspace while we try and figure things out, when, deep down, we know exactly what the problem is. They just aren’t feeling us. But we try to convince ourselves that if they just give us a little more time, take a chance on us, they will come to the magical conclusion that we are actually perfect for one another.

Is this strategy in any way healthy? Does it work? Does it make us feel better? Of course not.

When someone rejects you, for whatever reason, it’s because you two aren’t a good fit—they just saw it first. Eventually, you would have seen it as well. The fact that they acted on this early realization is actually a blessing, because they are saving both of you from wasting time.

It doesn’t matter why they are rejecting you. Often it is purely about themselves and their issues. So why spend the time worrying about the reason?

Of course, not every rejector is honest and upfront about their feelings. In fact, many are afraid of confrontation, so they reject in an indirect way. But even when this happens, if we are honest with ourselves, we can admit that we ignored the signs in the single-minded pursuit of what we wanted.

But if we can understand and appreciate the secret of rejection, we can better recognize the signs when we see ourselves in the same situation in the future. Think of the time, effort, and energy we can save with acceptance!

So what happened with that media job crisis? After I stopped laughing, and went back into the building, I gave them my notice. While I worked that last month, my eyes were opened and I began to understand that the company was right all along.

I didn’t belong there, because my life perspective and the things I valued did not align with them. That’s why I had struggled there for so long.

They saw it first and I saw it eventually.

After I left the company, I was free to do all the things I really wanted to do, in my own voice. I’m finally a television writer who has begun making short films about mindfulness to help others. This never would have happened if I had stayed at that company and worked trying to fix their constant rejection.

If only I had done it sooner rather than spend ten years hoping to be accepted by someone who didn’t appreciate me!

So the next time you are rejected, instead of immediately reacting, consider the situation. Accept your rejector’s judgment that you don’t fit, because they are right.

Of course, it may still hurt a bit. In fact, it may hurt a lot. But if you keep reminding yourself that you would have eventually come to the exact same conclusion, and if you allow yourself to be grateful for the time and further hurt you have just been saved, you will be much better equipped to negotiate where you go from this point.

And best of all, you’ll be free to find a place—be it a job, a friendship or a romantic relationship—that honors who you really are and allows you to thrive, grow, and make the most of your unique gifts and perspective.

Amanda is a children’s television writer and part-time standup comedian. She’s currently producing a live comedy show at the upcoming Edinburgh Fringe Festival. Amanda is training to participate in a full Tough Mudder event in September 2017, which she already thoroughly and passionately regrets. She’s just launched Minefieldness on Instagram and YouTube, which combines comedy and the Mindfulness lifestyle.