Change Your Life: Be Honest with Yourself and Make Conscious Choices
By Anders Hasselstrøm 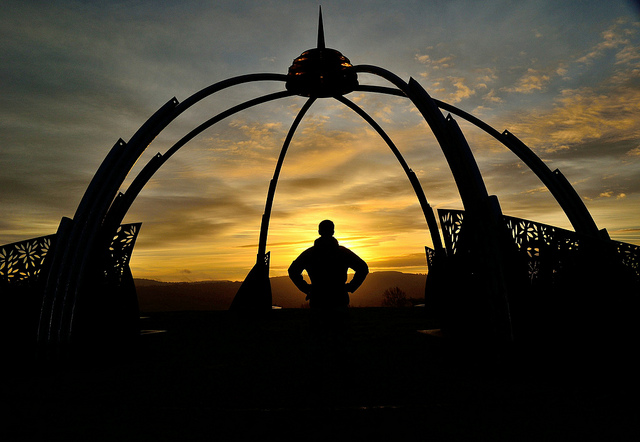 During the last year I have made significant changes. I have changed my habits, values, thoughts, and perception of life. It has been an amazing journey and I have learned some valuable lessons that I want to share with you about happiness, motivation, and standing up for decisions you believe in.

Last year I went to Australia for six months to study and travel. I continued this insane habit of drinking, and sometimes we ended up drinking five to six times a week.

I started to realize the profound negative effects of drinking excessively.

Concentration became a challenge sometimes and I could feel my brain was slowing down. That made it harder to speak English (as a non-native speaker), and I was never motivated to work hard on anything. Furthermore, I sometimes felt stuck in an endless cycle of emptiness.

On October 31, 2012, I made a conscious decision that would change my life. I had been drinking for six days in a row and I decided to go for a walk one morning. I walked twenty kilometers in the most beautiful rain forest in Australia, thinking about what I wanted to do with my life.

I once read a quote that read, “Set a goal so big that if you achieved it, it would blow your mind.” I was trying to figure out what that goal was for me.

When I read that quote again I realized that I had the potential to live a far more dedicated and purposeful life. I wanted to realize my potential and become proud of who I was.

I decided that I would stop drinking alcohol for a year and I would do Ironman Copenhagen in 2013. I had never been on a road bike before, I did not know how to swim, and I had bad knees.

Despite the tiny chances of success, I had a desire to begin this adventure to become more and prove that I was capable of anything.

Making a conscious decision had a powerful impact on me and I was convinced that I could do it. After that, I started looking for ways to accomplish my goal and people that could help me.

I went to the swimming pool the following morning and approached the most experienced swimmer there.

I asked him for the best advice for a beginner, and after three months of intense training, I could swim. I sought advice everywhere and learned new lessons all the time. I was developing and my habits were changing for the better.

Even though I felt like snoozing in the morning, I refused and said “no.” Voices kept telling me to stay in bed but I didn’t ask their opinion anymore. Instead, I listened to the voice saying there was a reason I’d set my alarm in the first place.

I was out running ten miles on New Years Eve at three in the morning, and I felt a motivation that I had never felt before because I was moving toward a goal so challenging, and at the same time running away from the old me. I had a desire to become a better version of me.

On August 18, 2013, I crossed the finish line of Ironman Copenhagen in eleven hours and twenty-two minutes, finishing forty-three in my age group. I had been sober for ten months and I had never been in a better shape.

I experienced an increase in focus during those ten months, and I had never experienced that level of happiness before. The feeling of staying true to the decision I made felt amazing.

I developed from being a boy, depending on approval and attention from other people, to an Ironman, staying true to the decisions I made and being comfortable about taking my own path.

I have learned several important things about life over the past twelve months. Today I want to share the three most important lessons I learned:

Going from drinking six times a week to training for an Ironman is a radical change. I had to give up some of the things I used to do. In addition to giving up alcohol, I had to decrease the number of social activities I attended.

In the beginning, I was scared that people wouldn’t accept my choice and would talk me out of it.

Some tried to do this, but most of my close friends supported me because they could see that I became happier pursuing this dream.

Others may accept you if you choose the usual way of life. However, people will respect you even more for making your own choices and sticking to them. More importantly, you will start to respect yourself more, as well.

I was nowhere near the shape of an Ironman when I decided to compete in one. I had never tried to ride a road bike before and I couldn’t swim. How did I accomplish this anyway?

I made a commitment to myself that no matter what I had to overcome in order to complete an Ironman, I would overcome it. I made sure that success was a choice and not a wish.

If you commit to seeing something through, you accept no excuses but only results. When people start giving up, you keep going!

Always remind yourself that with one step comes the decision to take another. Believe the voice that says you can run a little faster and work a little harder.

When we commit to do this, success is no longer a wish but a choice. Keep in mind that success is not equal to winning or being the best. You are the one who defines what it means. Regardless of what you achieve, waking up every morning and doing what you said you’d do can equal success.

3. Be honest with yourself.

After completing an Ironman I was convinced that every success starts with a conscious, honest decision. I made a conscious decision about doing it because I had an honest, deep desire to show myself that I was capable of anything.

Don’t fool yourself into pursuing goals that do not make sense to you. Chasing goals that align with your values and priorities is what brings happiness.

I always aim to keep in mind that motivation is like a fire within. If someone else tries to light that fire in you, chances are that it will burn briefly. When we are the ones to ignite that fire inside, we will experience more happiness and increased motivation.

You can only ignite that fire by being honest with yourself about what needs to change and which choices supports your values.

I experienced that something temporary can become permanent because we love our new situation more than the previous.

Anders Hasselstrøm is a motivational speaker and athlete from Denmark. He completed Ironman in 2013 and has won the following awards: “Talent of the Year” and “Most Outstanding Student.” He’s a dedicated and enthusiastic person with massive dreams. Based on implementing healthy habits and experience I show you the way to your personal success.