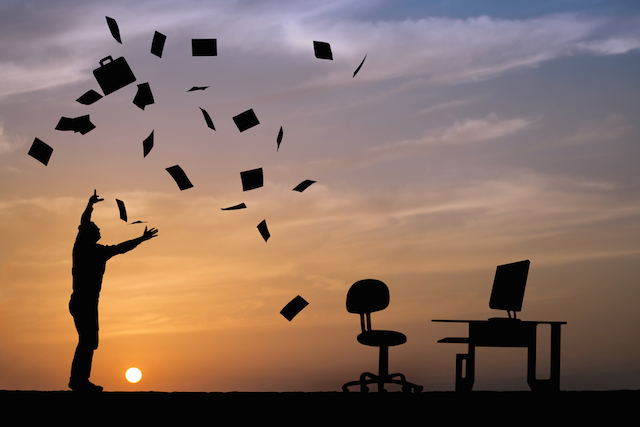 For the longest ever time, I had no idea what my own story was.

Desperately uncomfortable in my skin as a child, I was equal parts pathologically shy with strangers and fearless with my sisters and brother, running wild over the boulder-strewn southern California land during summers.

As a young girl, I was also, more than once, the target for predators and perps.

The nameless elementary school janitor who invited me into his dark and dirty closet one day. The terrifying neighbor who stopped me in a deserted alley when I was eleven or twelve. Strange grown-ups who pulled over to the curb as I walked alone, asking if I wanted a ride.

The fairy tale about living in a safe world, where adults care for their young ones as precious flowers, quickly became a horror story filled with monsters and demons. There wasn’t a hero in sight.

As Dr. Lewis Mehl-Madrona says, in Healing the Mind Through the Power of Story, “Brains use stories to make maps of the external world…” The map my brain made of the world was that adults were dangerous, bad things were normal, and secrets were the glue that held everything together.

I became masterful at wearing culturally acceptable masks in order to keep everyone at a safe distance, as well as to gain whatever conditional approval was available.

There was great relief in school. I was good at playing by the rules. Good at the linear academic part. Good as a people-pleasing little girl.

And truly, my life wasn’t all bad. There were good friends, lots of laughter, and an unspoken and unbreakable solidarity with my sibs—enough to start carefully making my way out into the larger world.

But, amongst all the craziness of so many mixed messages, I simply could not hear my own story. Who was I? Where was my place? What experiences and choices were mine?

The Chandeliers Are Shaking

The first adult job I loved—in the public relations department of the Los Angeles Philharmonic Orchestra—became a magical portal into a world I’d only dreamed about. A glittering world where grown-ups were world-class musicians, and sparkling dinner party companions.

The best Happy Birthday ever sung? It was at a private party in a downtown hotel, sung by the entire cast of the opera Falstaff, gathered from all over the world for what turned out to be a critically acclaimed run. The chandeliers were shaking for real that night.

I found myself in a universe filled with adults who seemed to be effortlessly living happily ever after—everything I wasn’t.

The problem? It seemed as though everyone drank, except me.

Still excruciatingly shy, I had zero social skills. (It’s hard to learn how to use the proper cutlery when eating at Taco Bell, back in the day when our family took advantage of the Friday-night special—six tacos for a dollar— if there was enough money.)

I wanted what I thought those grown-ups had. My competitive nature kicked into high gear. The solution? Start drinking, of course.

Unbelievably enough, a handsome and powerful young prince fell in love with me. He was a major player in that shimmering universe.

I learned to keep up with him, drink for drink, and everyone else with whom we socialized. I learned to sparkle, too.

It’s Okay—Go Back to Sleep

Oh, the extremely fancy shindigs, with bottles and bottles of wines and cognac and scotch worth hundreds of dollars each! Glittering black-tie parties with incredibly accomplished stars, and the people who wanted to sit next to them.

I drank on the West coast; in the rarified air of Aspen, where we’d moved; in New York City. All the way across Europe, during fabulous trips that included the most exclusive backstage visits at La Scala in Milan and Amsterdam’s Concertgebouw. Always followed by uber-hip late-night suppers.

Boy, I was really living my story now, wasn’t I? You bet! I hadn’t thought about that elementary school janitor in years.

See? All better now. There aren’t any monsters in the closet. Go back to sleep.

Except that I began having trouble managing the hangovers. It got harder to ignore the way I felt every time I lied to the local wine storeowner, buying case after case, saying it was for parties at our house, when really, it was just for me.

Blessedly, I finally got to the point where I couldn’t stand myself anymore. I undertook the excruciating work of beginning to get real. To start living from my own story rather than anyone else’s.

It took a long time. Can I just tell you?! There are parts of the heroine’s journey that are truly, absolutely miserable.

But never, not once, was there a time that learning to get, and stay real, felt worse than needing to finish a bottle of wine, by myself, every night.

Honestly? The traumatic experiences as a child, my journey into addiction and back out into recovery— healing the sacred wounds—all became the magic carpet ride leading to my life’s work.

Which has been to re-claim my story for myself. To understand how to live my own truth. To create enough space for my story to live me.

See, it’s not that life is so short but rather that it is that it’s so precious. We create our happy endings by choosing consciously, each day, which story we’re living.

Am I a too-wounded animal, never able to walk with dignity and pride? Do I trust that the world is a safe and loving universe? Is there enough support for me to fly as I’m meant to? Where did I put those wings, anyway?!

Finding Your Happy Endings Within Your Stories

Use simple mindfulness to hear the story you’re telling about your experiences.

Regular people experience horrible things every day. Malala Yousafzai, the Pakistani teen shot by the Taliban for refusing to quit school, was just awarded the Nobel Peace Prize, in part because of how she’s told her story. It’s one of love and forgiveness rather than hatred and revenge.

Notice what story you’re telling yourself about why you’re stuck.

Please, find a trained professional to help if you think you’re pretending just a wee bit too much that all is well when it isn’t.

Look within the stories you’ve been telling yourself and everyone else for the happy-ending possibilities.

Don’t see any? Here’s the secret: you can write your own stories, which creates new maps in the brain. Explore, play, pretend there may be another way to describe your experiences. It can actually be a lot fun. Who do you want to be? What life do you want? Go!

Fear is everything. Until it isn’t. Until we understand that it’s all in our minds.

Neuroscience research is full of studies showing how much control we have over shifting brain states, and cultivating a positive mindset. Who’s in charge, you, or the fear? You get to choose.

The happy endings are found within our stories. And we get to write those stories. Even further, we must live the most magnificent version of our stories. That’s what each of us is here to do.

Man throwing papers in the air image via Shutterstock

Dr. Melanie Harth, PhD, lives in Santa Fe. She’s a psychologist-trained coach for women in their 30s, 40s, and 50s who are smart, passionate, determined … and stuck. Her clients are tired of playing small, and ready to do the work to change old patterns in relationships or jobs/careers. She’s all about Living From Happiness, and helping others do the same.

How Changing My Words Changed My Life for the Better

You Know What’s Best for You, So Stop Giving Your Power Away