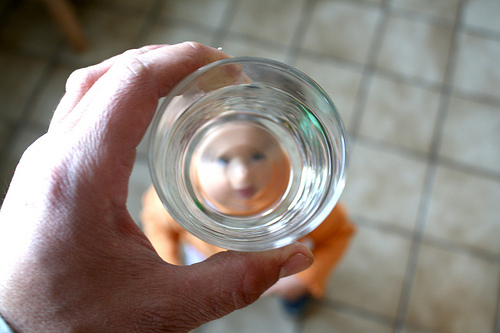 On the web, there is something called a proxy server. It often sits in between a request (for example, let me watch YouTube!) and what is requested (in this case, the YouTube video file) and “passes” the request, and the result, back and forth between two computers.

In the early days of the Internet, it was created as a way to make easier and more efficient the incredible complexity of so much information and so many people wanting to access it. There are other benefits, too—security, speed, protecting identities and information. But, it’s still an intermediary between Thing A and Thing B.

There is, however, another kind of proxy. Whenever I hear the word, I think of Afghanistan and the notion of a “proxy war.”

The USA and USSR might not have faced each other in battle, but in Afghanistan and so many other places, fought a “proxy war” by taking different sides in a different conflict and letting others fight it out on their behalf.

I’ve reflected on the notion of proxies as relates to the human experience, and wanted to share some observations from my own life.

Let’s say work is stressful; I’m facing the reality that I am, in fact, middle age; I’m out of shape and not happy with what my lack of exercise says about my discipline or, given the history of heart disease in my family, my priorities.

We’re late for school, and my son is slow to put on his shoes.

“Son!” I yell. “Come ON! Put on your shoes. We’re late for school. This is NOT ACCEPTABLE BEHAVIOR!”

Valid points. My son needs to learn responsibility, and understand the importance of commitments—in this case, the implicit contract between him and his school, as to his obligations and what he gets in return in the form of an education.

But, he’s only 6. A clear and direct, but supportive and loving, reiteration of why he should remain mindful of the time would be more appropriate. Losing my temper makes my son an unwitting proxy for other things.

These proxies are not productive. I try to keep an eye out for them—whether I’m the proxier or the proxied—and I try not to let people, situations, or things become transformed into something that they aren’t.

Allowing this to happen clutters my thinking and adds emotional confusion to other things.

But I also reflect on the other kind of proxy, too—the proxies we create as a buffer to insulate us from the world and from other people, to protect ourselves from hurt and harm: the face we prepare to meet the faces that we meet.

Like proxy servers, there are, no doubt, some near-term advantages to, in effect, pretending to be someone we’re not; hiding our fears, insecurities, questions, and honest points of view about who we are and where we’re going from others.

And if anything, the ubiquity of social media is like a steroid for self-proxies. Many people use their online identities to project an idealized self to the outside world. By doing so, they miss out on the chance for more honest “Likes” and “Follows.”

These proxies can be dangerous, as they can mask our authentic selves from others, and over time, ultimately, also from ourselves. Self-delusion is not a healthy thing for personal development.

The Dzogchen Ponlop Rinpoche once brilliantly illustrated to me the philosophy and purpose of Buddhism and Buddhist practice.

He held up a clear glass of water and explaining, in effect (and much more eloquently), that the goal is to have no color, opacity, or lens of distortion between oneself and reality—basically, to utilize no proxies, and remain directly connected to experience and aware of the nature of reality.

If it is helpful to you, perhaps take a moment over the next week and reflect on proxies.

Watch to find examples of where they creep into your lives in your interactions with others, and the self you present to the world, and experiment with starving them of the energy that feeds them.

If you find yourself:

Take a breath. Acknowledge the situation. Identify as best you can the underlying issue or emotion that is troubling you (or at least, that it isn’t what is being proxy’d), and take a time-out to put everything in in its place.

Perhaps develop a visualization technique you can use to center yourself. Maybe visualize the proxy as a tangible thing with a physical body—that grows when it’s fed.

Imagine it greedily gobbling up your emotions, your time, your relationships with the people around you, engorging itself on them, growing larger as you grow smaller—a kind of disease, feeding on your energy.

Then pummel it with the medicine of perspective and objective honesty to starve it and inhibit its growth. Imagine it shrinking smaller and smaller until it’s just a dot, and it disappears.

Then, go about your day—closer to a clear glass of water.

Greg Scholl is Executive Director of Jazz at Lincoln Center. He lives in New York City with his wife and two kids. He tweets @GregScholl and post occasionally to his blog, platedissipation.tumblr.com.