Emotionally Overloaded: Are You Taking on Too Much of Other People’s Pain?
By Katherine Reseburg 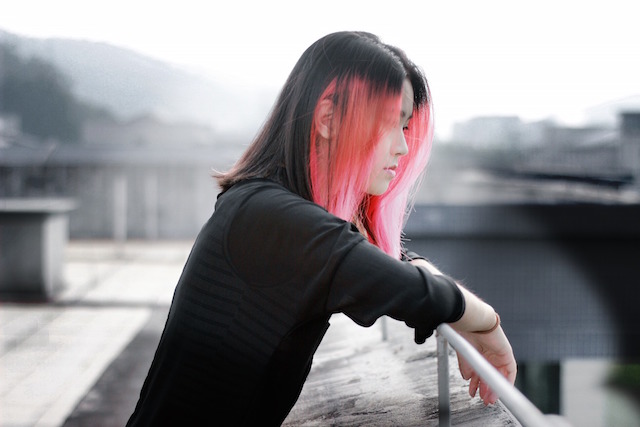 “All the art of living lies in a fine mingling of letting go and holding on.” ~Havelock Ellis

I would have done anything for my friends, until one of them nearly broke my heart and spirit. He was my best friend. We felt like platonic soul mates.

We had a standing lunch date every week, called each other terms of endearment, cried together, laughed together—the standard best friend things.

Then, tragedy struck him. Over and over.

His long-time partner left him. Then he lost his executive-level job. Next, he had a string of major medical issues that put him in the hospital.

He needed ongoing weekly treatments to stay alive. His restricted schedule and constant pain made him unable to find work. He ran out of money.

One day he cried all through our lunch, and then asked for a loan so he could pay his bills that month. I gave him more than he asked for and plenty of time to pay it back.

He needed an organ transplant ASAP, so I got tested to be a living donor.

I listened and was there even when my mood and physical energy were drained because of his tears and constant complaints about his life being “a mess.” How could I not be there? He was going through hell.

But so was I. But I felt like my problems were nothing compared to his, and he needed me because he had very few other true friends and a completely estranged family. We were best friends. It was my job to keep him company and to try to help him in any way possible.

And then, one day he never confirmed our lunch like usual. He never showed up at all, and would not return my calls and texts. I got ahold of his other friends and family, and the following two weeks were possibly the worst of my life.

He had turned to drugs to cope with the pain. It turns out he had been putting on an act in a lot of ways. The money I loaned him was probably to buy meth. I felt betrayed, confused, but mostly scared and panicked. I couldn’t lose him.

I did everything in my power over those two weeks to help him. I got in touch with his family and landlord.

My phone was constantly buzzing with calls and texts, alerting me to his increasingly bizarre behavior—passing out in his hallway, urinating off the fire escape, casing the hotel next to his apartment for money and food, throwing all of his possessions into the dumpster and putting items out on the sidewalk to be taken away.

He was trying to end his life. Numerous calls to police and wellness checks resulted in no benefit; he would appear of “sound health and mind.”

He was smart, and had been involuntarily committed to the psych ward months earlier after a friend thought he was a danger to himself. He knew the right answers to give, and blamed his physical condition on his disease.

He’s an adult, I was told. No one could force him to get help. But I kept trying every trick in the book to make him see the light and keep fighting for his life.

Then, he cut me out. He stopped communicating entirely. I received a cashier’s check, no note, in the mail for the remainder of the loan. After years of almost daily contact, he was gone.

And then, he died.

The stages of grief hit me hard and fast. But one emotion hit me hardest of all: guilt. I felt I had missed something that would have saved him, like I had not done enough. But mostly I felt guilty because part of me felt relieved I could finally stop worrying about him. I could refocus on myself and healthier friendships.

I had begun dreading many of our lunch dates. Would he be “a mess” again, crying in public, full of pessimism, unable to hope for a better tomorrow? I started taking on these emotions. Friends pointed out to me that my mood plummeted after time spent with him.

Being his friend had simply become way too heavy a burden than I was able to carry. He was beyond help, because he chose not to help himself. He taught me three valuable lessons that have transformed the way I approach relationships.

1. Trying your best to help someone is more than enough.

Make a genuine but practical, self-caring effort. Sometimes you can’t do anything to help.

2. If you start suffering ongoing, negative consequences from a relationship, it’s time to reassess.

3. Everyone’s struggles are valid and important—especially your own.

Don’t think that your issues aren’t serious or worthy of your attention just because someone you care about it going through “bigger” things. You can’t take care of anyone else if you don’t take care of yourself.

If you have someone in your life who needs help, it’s okay to help carry part of their load temporarily, but you need to unload if it starts weighing you down too much. A best friend is their own best friend first.

Katherine is an editor and writer by pay, artist, daydreamer, traveler, and photographer by play. She also enjoys bird-watching, cooking, and volunteering. She has an MA in mass communication/media studies from the University of Wisconsin and lives in the Bay Area with her husband and two crazy cats. Visit her at http://starryjuneart.wordpress.com.

Is a Subconscious Money Taboo Holding You Back?