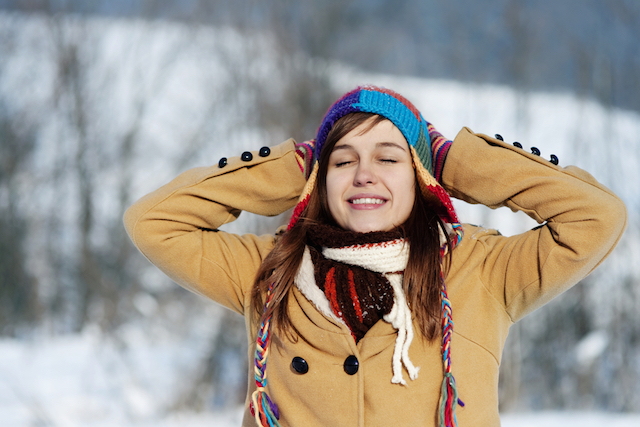 “Happiness is enjoying the moment for what it is, not what it could be or should be.” ~Unknown

Many of us have been there…

The alarm goes off. In anger, we strike the wretched machine in hopes of getting a few more precious minutes of beauty sleep.

It’s Monday again. The weekend is over and it will be another five days—120 hours, 7,200 minutes, 432,000 seconds—until we throw up our hands again in triumph and say, “Thank goodness it’s Friday!”

We’ve often committed ourselves to the lie that Monday must be terrible. In the U.S., the very idea of hating Mondays is ingrained in our pop culture.

Be it the comic cat Garfield with a disgruntled look upon his drooping whiskers lamenting over Monday’s arrival, or the nineties movie Office Space with its well known line “Somebody’s got a case of the Mondays,” there’s a prevailing notion that we must dread this day.

But this post isn’t about promoting the greatness of Monday, or promoting Monday as the new Friday. This post is about our craving for insular moments of fun.

We view weekdays, moments that we have to wait in line, time spent commuting or working, and other seemingly mundane experiences as unbearably wretched.

We believe that we must endure these moments to seek out a bit of fun. It is my belief that this craving may be causing us harm. That it’s causing us to disengage from the world before us, and it may even prevent us from being happy.

We wake up on Monday craving the weekend’s return. But it’s Monday—not Friday. Not some fun moment that we eagerly await, but simply Monday.

If we spend so much of our Monday morning investing our thoughts and emotions in a day that has yet to and perhaps will never come to pass, then we are investing our energy into emptiness.

If it’s our craving for an innumerable amount of things that causes us to drift away from the present and ruin our potential for happiness, how do we divorce ourselves from our desire?

In other words, how do we become engaged in the moment? I think there is no single answer to this question, but one answer may be found in oranges.

Thich Nhat Hanh’s words certainly make for a wonderfully deep Dole ad, but I think he’s simply talking about the beauty in the world around us.

Oranges, like so many things, are so easy to take for granted. So easy to ignore, really. I know it sounds strange to many of us to open the fridge and say, “Wow, look at this orange. It took a while for this orange to grow for my consumption. Amazing!”

However, it’s also strange to be caught up in craving things that aren’t there when we can’t appreciate the tangible and simple beauty of an orange in our hand.

Maybe that’s where the answer lies. That being engaged in the moment only requires us to truly see everything around us.

Rather than curse Monday morning, embrace it.

From the moment we wake up, many of us have an unimaginable amount of possibilities for engagement and enjoyment.

We could get up and do jumping jacks. We could doodle something we had dreamed the previous night on a scrap piece of paper. Or we could just simply watch the sunrise and all its complex brilliance.

All this is there for so many of us, and all we have to do is be there to enjoy it.

I have lived my whole life as the man hitting the alarm clock in anger, hating Monday’s return and anxiously awaiting the weekend.

I have lived my whole life holding the orange, but was never present as I consumed something so wonderful. However, cancer changed all that for me.

Nearly two and a half years ago my wife was diagnosed with a very rare and deadly form of cancer. Though I do not entirely bear the burden of this disease, I certainly share it.

Before the burden of cancer, we had an active social life. Our week was often filled with social gatherings, sightseeing, and much more. However, my wife’s disease prevented us from taking part in the exciting social life we once had.

When the weekly yet insular moments of fun were taken away from us, the initial sting of this deprivation was devastating. Weeks turned into months and months into years of these insular moments becoming less and less frequent.

At first I blamed cancer for what seemed like the death of happiness in our life, then I blamed others. But as time went on, I realized I was to blame for the disturbance in serenity.

Now, there is no doubt that cancer is the trigger for so much of our suffering, but it was I who perpetuated it. Instead of enjoying something as precious and simple as holding my wife’s hand, I was holding on to hope for a rekindled social life.

Rather than enjoy the taste of a meal we had made together, I was craving the taste of beer at one of our social gatherings.

It’s as simple as putting aside our yearning for something else and just engaging in the moment we are currently in.

Enjoying the sun image via Shutterstock

Travis lives and works as an English teacher in rural Japan. While living abroad, his wife was diagnosed with a rare form of cancer. During this hard time he had found piece of mind in Buddhism, and in his free time often translates and studies modern Japanese Buddhist texts.

Letting Go and Moving On: Lessons from an Orange Tree