It’s Not Over: Failure Is Success in the Making
By Yvette Bowlin 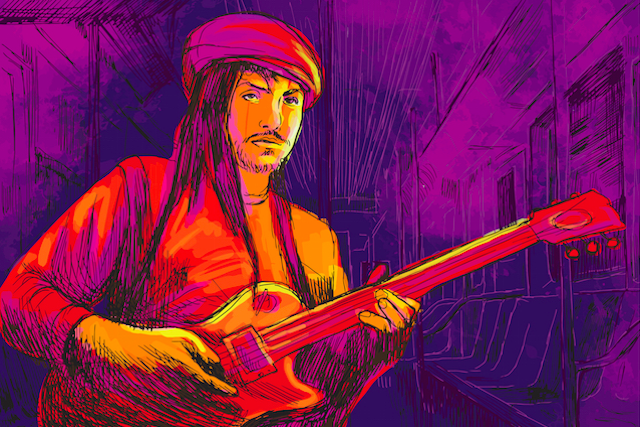 “A man’s errors are his portals of discovery.” ~James Joyce

Everyone has a story of failure and disadvantage—those things we wish were done differently, better, or not at all. Take these stories for instance:

A speaker intending to be unifying and encouraging onstage leaves the audience disappointed and bored instead.

A lone manuscript is rejected by publishing houses over twenty-seven times, dismissed as too fanciful, fake, and “never gonna sell.”

A poor eleven-year-old boy, deprived of toys his entire childhood, trudges through sleet and snow on his newspaper route in order to help support his family.

An author struggles to write a novel, while a divorced, jobless, and homeless single parent facing a deep depression.

Maybe your story sounds a lot like one of these? Is your situation cause to give up or is it motivation to keep pressing forward?

I, myself, press forward past my bouts of feeling like a failure. Like when I ran for student body treasurer in the seventh grade and lost to my opponent. Or when I got fired from my first job after college. And especially when I had to dissolve my two-year old, bankrupt business at the turn of the 2008 recession.

Fast forward: At the end of junior high, I graduated valedictorian. Weeks after I lost my job, I found work with a company that was a much better fit for my skill set and personality. And after shutting down my business, I went back to school, earned my Master’s in Business Administration, and graduated with honors.

Not having perspective vast enough to see how failure could actually help me, I thought I had met my end during those painful days. Each event felt tragic. But I consistently came to find there was something else to be enjoyed after one door closed.

Looking back, I see it was all good, everything that happened.

What if we had that hindsight now—amidst the difficult times? Wouldn’t our experience be much more bearable (if not enjoyable)?

The opportunities that arose after the so-called failures made what I wanted before pale in comparison to what I eventually got. I just had to be patient to see it unfold.

Failure is defined by Merriam-Webster dictionary as “the action or state of not functioning.” In other words, failure’s something that stops you; it gets you nowhere. Do you stop moving, stop breathing, or stop living when things don’t go as planned?

This body only stops when its heart stops beating. So every day it keeps ticking is another chance at progress.

Don’t you always take another step, even if it was just to pick yourself up out of bed today? Even when you think you failed, you haven’t because you’re still taking in air.

Failure is a misnomer. It is an attempt to describe an event that leaves us with nothing—no opportunities, no chances, no understanding. When is that ever the case?

Failure is only failure if you say it is. It only exists if you’re not willing to pick yourself up, dust yourself off, and walk on. Besides, success depends on those struggles, those attempts, those defeats. Success requires that climb up.

Success is a journey; it consists of every trial and triumph combined. And the best kind of journey…

When we don’t stop at failure, we’re bound for success. So really, failure is success in the making…

Which brings me back to the four stories I mentioned earlier. They didn’t end there. Their journeys continued:

The manuscript was eventually published. It was one of many books written by Theodor Geisel, also known as Dr. Seuss.

The boy, Walt, went on to create the childhood he never had and opened Disneyland, a take on his last name.

Start looking at life in terms of what you can and will do from where you are, with what you’ve got right now. Start looking toward success no matter what…and make lemonade!

What failures have you overcome only to find yourself living your own success story? What keeps you pressing forward?

Yvette Bowlin, an expert in decluttering your life, coaches on how to clear clutter from the inside out. Her trademarked philosophy and techniques are the first of their kind to help business owners declutter for clarity, balance, peace, and productivity. Find Yvette on Twitter and Facebook and visit her site at mind.declutterist.com.