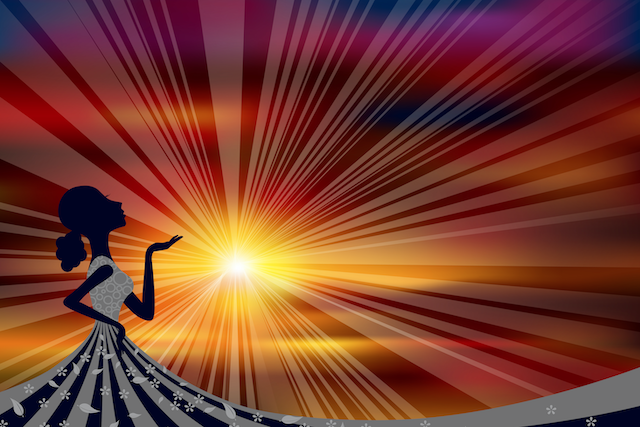 “Forgiveness does not change the past but it does enlarge the future.” ~Paul Boese

On a snowy winter day in the dark month of January, I got hit by a car. My left leg was immediately amputated. A darkness started growing in my seventeen-year-old heart that day.

Harvey was the man driving the car that hit me.

At the trial two years later, Harvey and I weren’t allowed to talk to each other. I saw him at the defendant’s table with his head cast down in shame. He never looked me in the eye. In fact, Harvey never apologized to me.

I was a strong woman who didn’t let my disability keep me down. I tried to pretend that I was as capable as two-legged people. I learned how to ski, kayak, rock climb, backpack, scuba dive, and sky dive.

I spent just as much energy stuffing my anger, depression, and grief. I was terrified that, if given half a chance, they would eat me alive.

I felt like two women. The one the world saw was capable, strong, independent, and inspirational. The other woman I reserved for myself. She was sad, insecure, and boiling with anger.

During my twenties, I had three significant romantic relationships. Although each one of those men told me how amazing I was and how much they loved me, none of them wanted to marry me. I assumed it was because of my leg.

Harvey took marriage from me as well.

When I was truly honest with myself, I had a vague understanding that my depression and anger, which I usually expressed inappropriately, could have contributed to my failed relationships. I decided it was time for counseling.

Therapy was a time for me to finally grieve. I realized how fear controlled me and how post-traumatic stress dictated my life. I started to understand the magnitude of my negative feelings—toward the Universe, toward life, and toward Harvey.

Over many months, I learned appropriate ways to express sadness, anger, and resentment. My emotions didn’t eat me alive as I had feared. Actually, I became alive when I started to truly feel them.

On the fifteenth anniversary of the accident, I was alone in my apartment, nursing my depression with some wine. My thoughts turned to Harvey. Did he know what today was? Does he remember me? Then I was struck by a bolt of brilliance. I’ll call him!

If he isn’t going to call me to apologize, then I’ll call him and rub it in his face how he ruined my life.

I didn’t think twice. I jumped up off the couch, found his number, and dialed. The phone rang once. Twice. Five times. I ended up leaving a message.

At work the next day I could hardly concentrate, and by the time I got home from work, I was a bundle of nerves. Would he call?

And then the phone rang.

“Hi Colleen, this is Harvey.”

“Oh yes,” he said through his sobs. “I remember you. I think about you all the time.”

My heart lurched. He thought about me all the time? Then why didn’t he contact me?

Harvey and I conversed and connected and ended the call with an agreement to meet.

In preparation for our visit, I spent a number of sessions with my therapist preparing to give Harvey a verbal lashing. I was ready to shame him for what he had done to me.

When the day finally came, Harvey and I saw each other across the hotel lobby. Tears welled up in his eyes as he walked toward me.

“Hello Colleen,” his arms opened wide. “Can I give you a hug?” What? You want me to give you a hug? Wouldn’t a good chest beating be more appropriate? The nice girl in me gave him a hug.

During the four hours we spent together, instead of screaming at him for everything he had taken from me, I listened. I heard how the accident happened from his perspective—and he heard how it happened from mine.

We rehashed every moment leading up to the impact and, in doing so, we realized that, given all the same conditions, given our mutual naiveté, if placed in the same position again, we may very well make the same decisions.

I listened as he talked about how his life was impacted by the accident. He was just a twenty-one-year-old married guy at the time of the accident. Afterward, anytime he saw someone who reminded him of me, he broke down and cried—or became mean. His marriage suffered; he and his wife eventually divorced.

At the end of the visit, when Harvey and I parted, I gave him a hug. That time I wanted to.

Back home, when I realized I was able to see the situation through Harvey’s eyes, I felt a freedom I had never known before.

When I made the choice to let go of the past and forgive Harvey, I felt empowered. I didn’t see it then, but looking back I can see that when I harbored bitter feelings toward Harvey, I was hurting myself more than anyone.

Harvey and I saw each other a year later when I was visiting his town for a conference. While at dinner, instead of re-hashing the accident again, we talked about our lives. We came to the table ready to pick each other up off that roadway that had held us captive for so long.

I don’t think it’s a coincidence that just a year later I finally met the man who would become my husband. We married a year later and soon started our family. When I was able to let go of the past, I was finally able to create the future I had always wanted.

I’ve learned that forgiveness is a journey. When our heart becomes too heavy with the burden of our bitterness, there are distinguishable steps we can take that lead us to inner peace.

What about you? Is there something in your past that is hard to forgive? Do you want to let this go? Do you want to live more fully into your potential by releasing the past? If so, try these steps:

1. Acknowledge your feelings related to the situation and actually feel them.

Move through them. For fifteen years anger, depression, resentment, and bitterness were subversive hijackers of my life. Once I learned how to acknowledge and feel these emotions, they not only lost their power, they subsided.

2. See the situation from the other person’s perspective.

Remember, you were not born angry, sad, or vindictive. Let go of these accumulations and allow yourself to return to your pure humanity.

4. Make the choice to forgive.

Yes, forgiveness is a choice. It doesn’t just happen. And you may need to forgive a transgression again and again until that becomes your new normal.

Forgiveness is not about condoning another’s actions. When forgiving another, we are not absolving them of restitution. Forgiveness isn’t even about the other person. The choice to forgive is always a gift we give ourselves.

Colleen Haggerty is a Forgiveness Coach, supporting people to find a way to accept their past and make the choice to walk into their future. Colleen shared her story of forgiveness through her TEDx talk and her memoir A Leg to Stand On, an Amputee’s Walk Into Motherhood.