Forgiving In a Situation That Feels Unjust
By Julie McRoberts 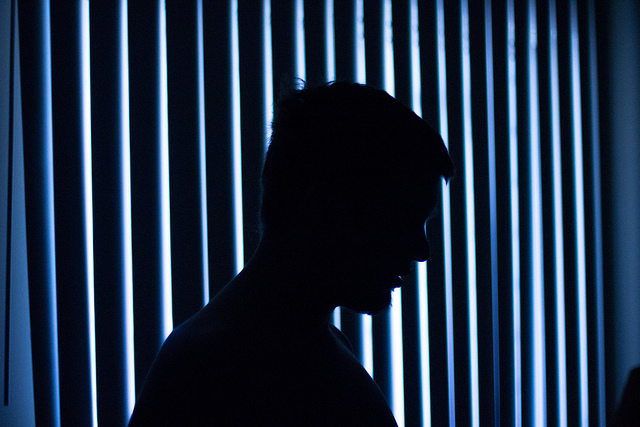 There I was: numb from a conclusion of a dismissal based on a finding that there was “no reasonable prospect of success.”

Harassed, bullied, victimized, stalked both in-person and online, the Human Rights Tribunal tossed me into another discarded pile of victims to be ignored by the courts because a group of goons were cleaver enough to hide the body of proof.

My assailants comprised of four individuals. One was a divorced teacher of two children who engaged in inappropriate sexual relationships with three of his immediate students—the most recent being only 18 years old when the relationship began.

Another was his female co-worker who heinously accused me of threatening her fetus despite never detailing the exact threat, the manner in which the threat was executed, or when the alleged threat occurred.

The others were a male co-worker who accused me of “staring at him,” despite photo evidence of his flashing the genital regions of another male co-worker, and the presently 22-year-old student who exchanged sexual favors with her teacher and attempted to spread a malicious rumour that I was arrested by local police.

Why did I become their target? Because I rejected the sexual advances of the teacher without knowing of his previous sexual encounters within the college program or his current relationship with a student, and filed an internal complaint with the college.

Most of the information I know today was discovered months after my departure from the academic institution.

I still have yet to learn of the nature of these alleged death threats I made or what exactly I threatened.

The accusation of threatening a fetus was most troubling, as there has never been an account of what the exact threat was, how a fetus can be threatened, and when this situation occurred.

I have been an educator for most of my career and presently assist students with learning disabilities to improve their literacy levels. To have such blatant lies against someone like me who has dedicated so much to assist in the growth of others, and for others to actually believe these lies, was horrendous.

Local police were baffled that the courts would dismiss what they saw for themselves, and were more than obliging to provide further assistance in obtaining restraining orders against the respondents, as a school employee threatened to physically assault me.

It meant that the body of proof and the actions which lead to my victimization were hidden so well that there was reason to doubt the existence of a victim at all—a horrific regularity in today’s world of anonymous online accounts: distorted images, fake lives, pseudonyms used by unknown figures.

Yes, I know of karma. Yes, I know what goes around comes back around. Yes, I know a guilty soul eats away a person from within until the truth emerges. However, these thoughts and words of attempted condolence did not help.

Longing and questioning filled my mind in the minutes that followed.

When would karma come? Did the boomerang miss these people during an attempt for a universal justice? Could cosmetics continue to conceal their ugliness from the world, or worse, could their ugliness actually form a mask onto me for the world to be fooled that I was the perpetrator?

I needed to find those words that would bring peace.

Strangely, the source of victimization also served as a means of finding personal salvation: a Google search for the terms dealing with disappointment.

My first search was fruitful with an anonymous quote from this very website: “Do not let today’s disappointments cast a shadow on tomorrow’s dreams.”

The satisfaction I gained from this quote was fleeting, as the notion that I still had dreams to hold onto was always true, even during the ordeals with my tormentors. Also, even monsters dream.

The article (4 Steps to Deal with Disappointment by Raeeka) followed with a useful list of four: Let it out, get some perspective, know your own heart, and practice acceptance.

While I could recognize the usefulness of this list in my future, it still failed to complete the emotional journey I was presently in.

I had already accepted what the courts decided and could already devise the rationality behind the decision. Excusing myself for being a bit too logical for the emotions I was experiencing, I continued in my search.

It was my second search that brought me to a new list from the same website, and a sentence that changed my perspective on everything: “Consider that there is nothing to forgive” (3 Unconventional Tips for Forgiving and Letting Go by Lisa Esile).

These words made me realize that my complaint filed with the tribunal was an act of telling these respondents that they needed to change for the better and giving them the opportunity to enrich themselves.

However, if they cannot see how they wronged me and others, how can they ever see the need for change?

I filed a complaint with the intention of assisting them in improving their current means of treating others when they weren’t open to improvement.

It would be similar to using such a tactic on a rabid dog; the dog cannot realize that it has rabies, which is bad for it, or that when biting other living things that it causes greater harm than usual. It would be pointless to reason with the creature that it has an illness that needs to be rectified.

A teacher who abuses his position and shames the education system, not once, not even twice, but three times is clearly someone not on a path I wish to follow. It’s not worth the energy to wait for him to change his course of behavior, let alone to wait for his supporters to change their respective paths to grow from their situations.

I, on the other hand, have nothing to change in my foundation: I have told no lies; I have not shamed myself in my journey; I have not harmed the progress of others or their education; and I have not disrespected the education system by abusing my position with my students. I can only grow from my experiences.

Forgiveness has become a term that we use as a sword and a parachute.

For some, looking for a reason to forgive becomes a journey for revenge—if something bad happens to that hurtful person, then I can forgive them. For others, forgiveness becomes an escape route for their inconsiderate behavior—an “oh well, time heals all wounds” mentality, so why worry about any harm inflicted?

Forgiveness can only be given to someone or something that you can truly believe would have chosen differently if they had more understanding or different circumstances.

From what I know, my assailants are similar to the rabid dogs in that they cannot see the problem, so it’s pointless to expel my energy on them. And should they change from their current circumstances, it would be such a change that forgiveness would not be required from me, as they would no longer be the people who inflicted this harm.

In an unjust situation we sometimes need to accept that the other person is simply incapable of distinguishing right from wrong. And it’s that acceptance that can help us understand and find peace.

Julie is an experienced international educator who presently resides in London, Ontario, Canada. In her current residence, she continues to act as an educator through her employment as a driving instructor and her volunteering efforts with local high school students struggling with learning disabilities.

What If You Were Suddenly Forgiven?

How to Rebuild a Relationship with Someone Who’s Hurt You

How Getting Dumped Before My Wedding Made Me a Better Person