Get Past It Instead of Getting Even: Revenge Isn’t Winning
By Craig Ruvere 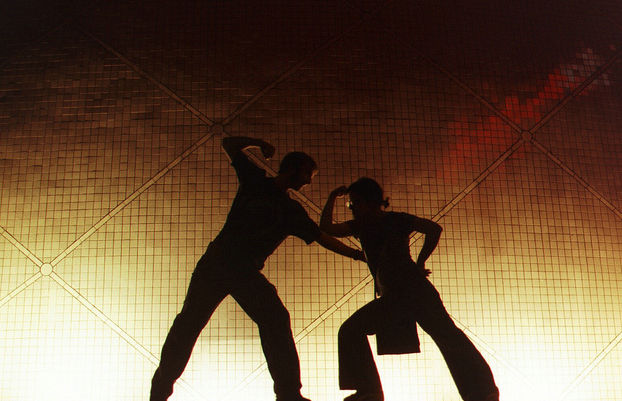 “For every minute you are angry you lose sixty seconds of happiness.”  ~Ralph Waldo Emerson

The first thing many of us think of after someone has wronged or disrespected us is how to get even—how to hand out a dose of that person’s own medicine in an attempt to feel totally vindicated.

Most of us have thought about revenge at one point or another.

Maybe it’s a co-worker, a classmate, a family member, or even a boyfriend or girlfriend, but regardless of the relationship it’s often an instinctive reaction when someone attacks the deepest, most fragile part of ourselves

Does this really accomplish anything positive?

We might gain some personal, though temporary satisfaction, but it does little to ease the pain others have inflicted upon us.

I recently received an unexpected email. While the sender was certainly a surprise, the content of the message and its motivation were not.

The sender was my father, and in what has become my parents’ only way of communicating with me over the last few years, it was a familiar message filled with anger, blame, and defensiveness.

Though this wasn’t the first time my parents had defamed me in this way, it still saddened me for much of the next few days.

Children, especially adolescents, are known for “mouthing off” to their parents while growing up, but it’s hard to imagine this coming from someone who taught you that this was disrespectful.

My relationship with my parents has become difficult to maintain as a free-thinking adult.

I suppose some might say that we should always forgive family members for their faults, especially parents.

But regardless of the relation, at some point you grow tired of others not telling the entire truth; tired of having to defend yourself; tired of being referred to as the cause of someone else’s issues.

Growing up I had a great deal of respect for my parents. They provided for all of my worldly needs, taught me invaluable lessons and skills, and maintained a true sense of family and tradition within the walls of our home.

Yet something was missing for me, as I was burdened by an inner need to always seek my parents’ approval and acceptance, which rendered me incredibly insecure and anxious growing up.

Eventually, I became completely dependent on them for emotional stability and continual guidance. I didn’t love and trust myself enough to be the keeper of myself, so I allowed my parents to fill that role for me.

As I evolved into an adult, found someone who loved me without conditions, and began to develop a deep appreciation for the person I was, I realized I no longer needed the family dynamic that I was so dependent on for so long.

My parents, however, had a difficult time understanding that I was no longer that insecure, anxious, easily manipulated little boy trying to find his place in the world. I was now an adult, ready to chart his own course.

We started arguing regularly, and many times rather than deal with the repercussions, I would just say I was sorry and return to how our relationship had always been.

This dynamic continued on for many years until one day I offered my opinion and perspective on a complex, delicate matter they were considering. I questioned their motivation and feared the possible outcome, and thought voicing my concern would be appreciated.

I was truly stunned by their reaction.

Letters, emails, character attacks—they even posted hateful comments on a newspaper’s website I contributed to frequently, dragging my name through the proverbial mud in an effort to convince people that I wasn’t the man I proclaimed to be.

I never expected something so heinous from my own parents. I was so taken aback, hurt and angry that my first thought was how to get back at them—to do a little mud-slinging of my own in an attempt at destroying their character, just as they had done to mine.

Then I stumbled upon the following quote, and suddenly everything I thought I understood changed.

“An eye for an eye only ends up making the whole world blind.” ~Gandhi

How could I possibly be so naïve to believe that seeking revenge on my own parents would make my actions any better than theirs, let alone change the course of what had already been done?

My revenge would only keep the wound open longer, perpetuating my bitterness and squandering my time on something I couldn’t change. Though never easy, acceptance is key in putting the pain behind you and moving forward with your life.

I began to ask myself: Will I find any inner solace by propagating my anger? If I succeed at getting even, will it really change my reality? Does it make me the better person to do to them what they’ve done to me?

As difficult as it was, instead of arguing and trying to defend myself, I simply said nothing. No replies, no rebuttals, no communication, nothing to engage us in the kind of negative confrontations we were accustomed to.

I’ve learned that living without the drama that so many people thrive on is the only way to live a meaningful life.

I’m far from perfect and those feelings of retribution still creep up now and then, especially when I get an email or letter as I did the other day. But each time the thought pops into my head, I begin to realize something:

Regardless of how justified you might believe you are in seeking your revenge, it’s important to remember that life isn’t a game and simply getting even doesn’t mean you’ve won the battle; it just means you’ve lost your self-respect.

It’s taken me a while to accept that I probably will never see my parents again. Yes, there will be times when I miss the family unit I remember from when I was a little boy; but then I’m forced to remind myself that things will never be as they were again.

It saddens me that my parents are missing out on getting to know the man I truly am, instead of the insecure, anxious little boy they’re convinced still exists.

In truth, I would not be the person I am today without them—a person of character and integrity who’s managed to touch the lives of many, even theirs I’m sure.

In my heart I forgive them for everything that’s gone on, and the peace that provides me is much greater than the fleeting satisfaction of seeking revenge.

Though it might seem impossible, even the bad things that happen in life have a funny way of leading us to a better place. At least, they did for me.