Happiness is Not a Destination: How to Enjoy the Journey
By Alex Lloyd 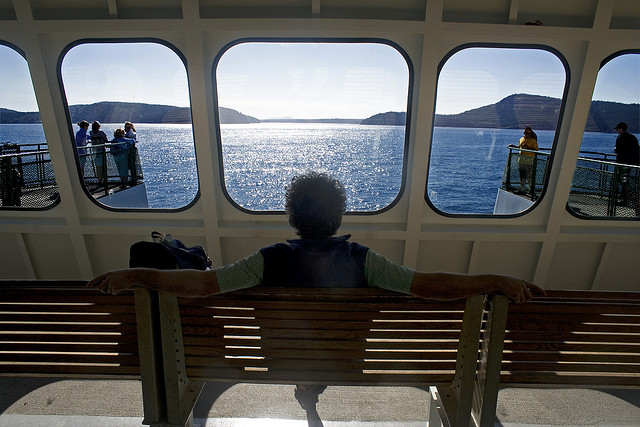 “Happiness is a direction, not a place.” ~Sydney J Harris

Being happy is for most of us one of the key aims in life. But where we often go wrong is in figuring out which path to take to achieve that happiness.

My own path has been a somewhat unconventional one. In my last year at college, most of my peers were busy applying for full-time jobs with large companies, but I knew that wasn’t what I wanted to do.

I wanted to see the world, which (long before gap years became so common) was met with disapproval by many. But excited, and somewhat scared, I set off alone on my travels.

I didn’t return for good until over seven years later, traveling around the world twice over, working as an English teacher in Istanbul and Barcelona, as a fruit picker on a kibbutz in Israel, in a ski resort, on a campsite in France, and in a fairground in Australia.

I drove across the US, rode the Trans-Siberian railway across Asia, and took precarious bus journeys through the Himalayas and the Andes.

It was a fantastically exciting time and left me with some amazing memories that will last forever. I knew that by doing this I’d probably be sacrificing any chance of reaching the upper echelons of the corporate tree, but that didn’t hold any appeal to me anyway.

Of more concern was the pressure I felt from family, friends, and society to settle down and find a “proper” job. But I’m really glad that I resisted that pressure and didn’t stop traveling and working abroad until I’d seen and experienced all that I wanted to.

I felt that there was plenty of time to have a conventional job after my traveling days were over, and this has proved correct.

The traveling taught me so much about myself, and life, and made me think about what I wanted from this short time on earth. I realized that I wanted to acquire experiences rather than money, and in my subsequent career that is what I have done.

I’ve done a variety of jobs: I’ve been a musician, graphic designer, novelist, and journalist. Much of the time, these have been precarious freelance jobs and not well paid, but they’ve all been fantastically interesting and given me a wealth of life experience.

I always wanted to have no regrets with the way I spent my life, and so far I haven’t. I know that if I’d spent my whole life trying to climb the corporate ladder I wouldn’t have been happy and would now have been lamenting what I hadn’t done in my life.

I’ve always found it really important to enjoy each step of the journey that I’ve been on and not just hoping to be happier at some point later in my life.

The path I’ve chosen may not be for everyone, but it is an example of the importance of choosing your own path in life, and ignoring the pressure from family, friends, and society.

I’ve seen how some people are pressured into certain jobs, often because they are considered prestigious, but hate the path they have chosen. Others may be pushed to get further up the career ladder, but then find out they hate the managerial responsibility that this generally brings.

People also often think that when they have more material goods or money they will be happier. But while it may be hard to be happy in the western world with no money (although some people achieve it) making lots of money and buying lots of things may not necessarily make you content.

Buying a new car or yacht is often only a short-term happiness boost and it seems that after a while, each upgrade to the car, house, or yacht gives less and less extra happiness.

Surveys have shown again and again that once people reach a certain wage—around the average wage in western countries—happiness levels do not increase much.

We might think that having children will make us happy, but then when we have them we realize all the responsibilities and difficulties that brings, and may look back on our days without children with fondness. Or if we have young children we might wish they were older, but then they become teenagers!

The common pattern in all this is choosing the right road for the type of person we are and finding happiness at as many places along that route as we can.

So it’s important to look at all the good things in our lives and to enjoy them to the full right now. That is much more likely to bring happiness than waiting for it to appear around the corner.

Alex is a writer and life coach. He writes regularly for websites including The Happy Hut, and is the author of the book How to be Happy.

How I Found the Secret to Happiness in the Jungle