How Forgiveness Enables Us to Stop Hurting Ourselves
By Ray Dodd 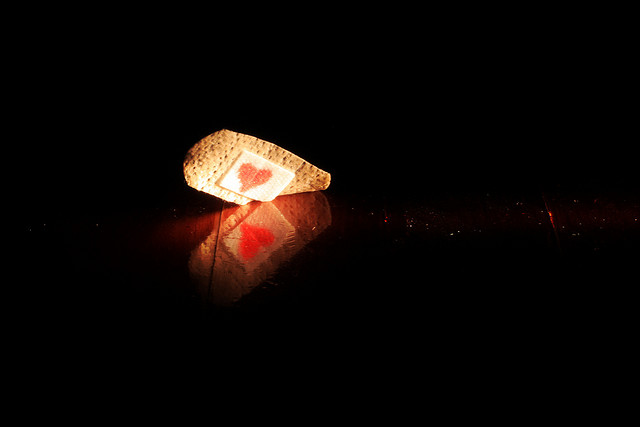 “To forgive is to set a prisoner free and realize that prisoner was you.” ~Lewis B. Smedes

I was planning a seminar event with one of my good friends. (Let’s call her “Randi.”) It was a great match; she had event planning and design expertise, and great energy in front of an audience. I understood the structure of such an event, and I authored much of the content.

It was a powerful presentation and we were going to be a great team bringing the material to life. We spent months putting the seminar together: rehearsing, setting the date, booking the venue, designing the graphic announcements, and buying advertising. With only a few weeks to go, everything was in place.

Then I got an email from Randi. She was still going to do the seminar, just not with me.

She had a new boyfriend whom she felt he was more suited to her vision of how to present the material. Without consulting me, Randi changed the graphics for the presentation, one of the presenter names, and charged ahead with her new version of the seminar.

To be honest, I was shocked. I had spent a significant amount of time and money up to this point, and leveraged all of my contacts. I thought we made a great team, and I trusted her without question to carry out the tasks we had agreed upon to make the seminar a reality.

I immediately called Randi but she didn’t answer my calls (probably a wise thing since I was mad). I wrote to her explaining that a great deal of the content in the seminar was my original material, and she had no right to use it.

I demanded that she refund my share of the money we had spent on advertising and the venue deposit. She wrote back that she was sorry, but the answer to all my demands was no.

I was outraged and felt betrayed! I developed a story that I repeated endlessly in my head about what she did, why it was wrong, and how it violated every agreement we made.

Gathering all my evidence I headed to court: not legal court but the court of public opinion. I went to all my friends and laid out the facts—the evidence—and asked them for a verdict. The verdict was unanimous. Guilty!

Now I had plenty of evidence that I was right. In my mind the betrayal was not clouded in shades of grey but was black and white: We had an agreement, I trusted her, and she had violated that trust.

I was right, and yet being right was making me miserable. The more I told the story of what she did, and why it was so wrong, the more unhappy I became.

Simply put, I was using her to abuse myself. But as long as I kept telling the betrayal story—to myself or anyone that would listen—I couldn’t let it go.

Eventually the stubborn attitude, “I can’t get past this,” was no match for the awareness that every time I engaged in my story it was like hovering too close to a hot stove. It was unmistakably clear to me that my insistence on being right was burning me.

Being right (my intellectual interpretation of the event) was a dead end I could never resolve. Repeating my story was like hitting my finger over and over again with a hammer.

It took a while, but the awareness of what I was doing revealed that there was only one choice I could make to get the emotional turmoil to stop.

What finally healed me was forgiveness. In the end I didn’t forgive her because it was the right thing to do. My intellect was too strong and the facts too compelling.

I didn’t forgive her because that’s what good people do. I couldn’t forgive her even though I agreed with what the famous poet Alexander Pope said: “To err is human: to forgive, divine.”

I could never come to a resolution weighing the pros and cons. I simply chose to give up my story, let the whole thing go, and forgave her because it felt good. Forgiveness was the only medicine that would heal the wound I created.

When we can’t forgive someone for an offense, and justify being right about it, we are only using them to hurt ourselves. It’s a trap, a maze of suffering without end.

Being right and getting all worked up about it—our national pastime—only hurts us.

To heal any hurt caused by the perception that you’ve been abandoned, betrayed, disappointed, misunderstood, or unfairly treated takes a double dose of the sweetest medicine of all: forgiveness.

Ray Dodd is a leading authority on belief-change, and author of the brand new book The Toltec Secret to Happiness. Through his Power of Belief ™ programs, Ray helps individuals and organizations shift limiting beliefs in order to affect lasting and positive change. His web site is: www.beliefworks.com.