How Losing All Hope Can Be Freedom
By Stephen Guise 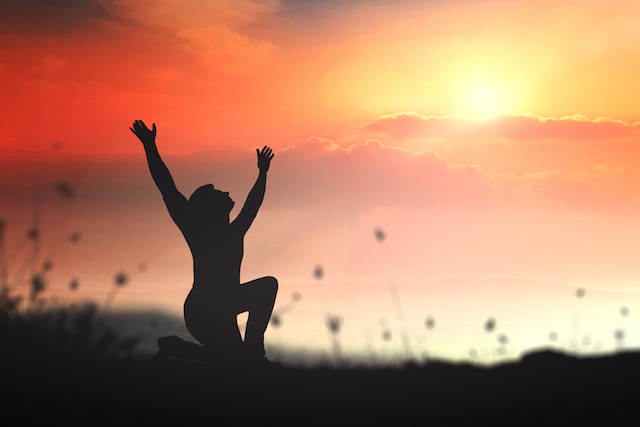 “Losing all hope was freedom.” ~Edward Norton in Fight Club

We naturally think of hope as a positive thing, as we do freedom, but this quote says that losing hope brings freedom. It may seem contradictory, but losing hope has been my most unexpected lifesaver.

I struggled with severe anxiety four years ago. The onset was abrupt.

Until I was twenty-five, I was the healthiest person I knew. I never got sick, would play basketball six hours straight, and always felt great. That changed suddenly in 2011.

I woke up one morning with an itchy spot on my chest; I looked down and saw two small fang marks. A spider bite. After a few more minutes, the toxins set in and I started convulsing a little bit, so my dad took me to the ER.

At the ER, they gave me a steroid shot in the butt and antibiotics to prevent infection (such wonderful memories).

Long story short, the whole experience shook me, and I developed severe health anxiety, constantly worrying about what would happen next. I feared going asleep because I couldn’t protect myself. I could be seen visibly shaking upright in my bed.

Spider bites are rare, right? I shouldn’t have worried about it, right? I thought so too until another spider bit me a few days after the first one did! Luckily, my body didn’t react so… emphatically to the second bite, but it still made me even more paranoid.

In this short period of time, I went from being calm to only knowing how to be really anxious. It was a strange and unexpected slippery slope of worrying, not getting enough sleep, being scared to sleep, and freaking out because I was freaking out. Meanwhile, I hoped for it all to go back to the way it was. I had never hoped for something so much in my life.

Hope has a dark side in the way that it impacts the mind.

It’s an intense yearning for something to happen: You hope to conquer anxiety or depression. You hope to get into your favorite college. You hope to find love one day. You hope to overcome the pesky problem that’s weighing you down. You hope the Detroit Lions will (please) just win one Super Bowl.

Hope can become an ironic mental prison by its mere intensity and dominance of your thoughts.

I’ve studied the self-help book market quite a bit, and one of the most popular, best-selling topics I’ve noticed is that of “letting go.” Last I checked, several of the top 20 self-help books were about letting go of one thing or another.

Letting go of whatever dominates your mind (including hope) instantly frees it to think of other things such as warm breezes, the beauty of friendship, and the simplicity of enjoying a meal. We lose out on these small joys of life when our big problems take more than their deserved mindshare.

But there’s still the issue of hope. Why would letting go of hope—something seen as positive—bring freedom and not darkness?

How Is Losing Hope Helpful?

I beat my downward spiral because I lost hope. Nothing else worked.

When I was in the worst part of the struggle, I hoped so much for things to just go back to normal. The worse it got, the more I hoped. Why can’t this nightmare end? I hoped that my next breath would be drawn out and deep and relaxing, but it never was. I hoped to go back in time and punch that spider’s fangs out. I hoped and tried to change without success.

Hope is dangerous when it compels you fight a battle you can’t win.

For example, in my situation, I could theoretically relax and “beat this,” so I did what people instinctively do: I threw the gauntlet at the problem. For example, I tried adjusting my breathing, but it backfired because I became hyperconscious about it; it made things worse.

My hope kept me fighting so hard. But fighting is not what I needed to do.

In life, like in war, we must know when to attack, and equally important, when to retreat. Not all enemies can be defeated in a straightforward conventional way.

I remember the very day I purposefully lost hope and “gave up.” I was in the kitchen, being really anxious for no reason, and I was fed up with this fight, so I decided to quit. I gave up hope in winning this fight. I was surprised when, over time, the enemy walked away!

Here’s specifically how I changed my behavior when I lost hope: I stopped trying (and hoping) to not get butterflies in my stomach for no reason. I stopped caring about my breathing frequency and depth. I even began to be playful with my problem, showing that I didn’t care: “Only five butterflies this time? That’s it? Give me a few more!”

Losing hope meant I stopped trying to fight the battles. And that’s how I won the war and regained my mental freedom!

I know, it’s a story as inspiring as Braveheart. But did you know this concept has been shown elsewhere?

This experiment has been replicated, and the result is always the same: when people forbid themselves or attempt to rid their mind of something, it boomerangs back to them with alarming consistency and persistency.

“Studies show that the more you try to suppress negative thoughts, the more likely you are to become depressed.” ~Kelly McGonigal, PhD. (The Willpower Instinct)

Hope drives persistence, which is why losing hope in an area that requires retreat is so often freedom.

Think of an area in your life in which you are trying, fighting, and hoping without making progress. What would losing hope and letting go look like?

This is most helpful with areas like anxiety, worry, fear, and depression. When you accept them and stop hoping they go away, they lose a considerable amount of their power over you.

For me, losing hope was freedom. Maybe it will be for you too.