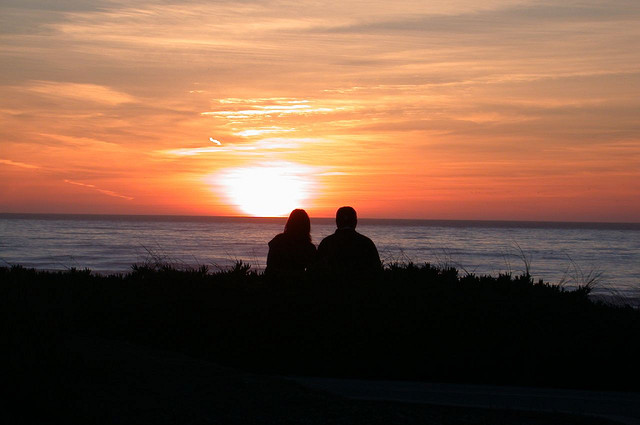 “The obstacles of your past can become the gateways that lead to new beginnings.” ~Ralph Blum

I think we all have this issue: guilt, followed by its sister, regret.

I didn’t realize how dark a blemish it was on my heart until I fully felt the anguish of my mother’s death. I never quite realized my full potential, courage, or strength until her passing.

Her greatest sacrifice, leaving this earth, proved to be my greatest motivation to search myself for the answer of whom I was and why; it was the major catalyst in my life for change.

Sometimes the best things for you are the hardest.

Admitting the darkness you’re carrying inside is one of the hardest things to do. Convincing yourself that you have been wrong and need to change can be even harder.

Forgiving yourself because you are human, and loving yourself enough to know you deserve more, and deserve to give others more, is the hardest task of them all.

I was an embittered person almost my whole life. I could hold a grudge with the best of them. I felt I had a lot to be resentful for, and truthfully, much of it was not unwarranted. But with my inability to never let go of things, I was miserable, making everyone else around me miserable, as well.

This went far beyond just being angry. I felt I was being terribly misunderstood and never heard. I also felt the constant need to have to defend myself and my views with a strong argument.

I had a very strained relationship with my mother starting when I was 14. I was at that age when I thought my parents knew nothing and I was smarter than they were.

I can now fully understand why I felt that way, beyond just normal teenage rebellion. I was projecting a lot of my older siblings’ perceived unpleasant experiences with my parents onto my own, and letting that determine my relationship with them.

There was a lot of friction between them, and I somehow felt that if I didn’t share their same resentment I was somehow betraying them.

Because of this, I went through my youth and into my adulthood expecting my mom to give more than she could and blaming her, instead of blaming myself for not having enough compassion and never taking the time to understand that she was a person, too.

I seemed to always be aggravated at everything she did.

I held onto the need to be right, never letting up and always needing to argue. I grew into this person who could never listen with a compassionate heart and lived with resentment instead of love, kindness, and forgiveness.

I was very hard-hearted instead of soft and pliable and forgiving.

We would have bouts of calm when we got along great, then something would shift in her mood or mine and it would turn volatile. I see now that, because we were so much alike, it caused much of that friction. This went on for our whole relationship, up until just a couple of years before she died.

I’m not saying she was without her faults, too. But now that she’s gone, and since I am much older, I can see everything so much clearer. That’s where the guilt comes in.

We had been working on our relationship, though we didn’t acknowledge that openly, and we were really making headway. You see, I couldn’t even hug her, hadn’t done since I was a kid. But I was getting closer to her and hugging her more because I knew she needed it, and so did I.

My great wall was crumbling.

We had always done things together for years, not that that stopped the bickering. But that was all but over for a long while. Not long enough, though. And this is where the regret comes in.

I wasted so much time being angry and self-righteous that I missed out on having a better relationship with my mother.

If I had only known then what I have learned in the last few years and especially since her death, I could have saved myself the burden of that guilt and regret.

There are so many moments each day where I will have a memory of us together and I will feel shame for the way I reacted to a situation. In my mind I can change the outcome to something that I should have done to handle the situation better.

When she would be difficult, and she could be at times, why did I have to make it worse? Why couldn’t I have just stayed calm and had compassion for her feelings instead of getting overwhelmed and lashing out?

I was incapable of doing that at the time because it’s hard to do when you are totally unconscious. You act before you think, lash out before you embrace.

Oh, how I wish I had known this calm before it was too late! I think about the agony I could be saving myself now, and I am filled with remorse. But it doesn’t have to be that way. You can save yourself from the pain that I am trying to overcome.

All it takes is a step in the right direction.

It is so important to put your prideful ego aside and try the softer way. Ask yourself these three questions:

1. Will it destroy me to “give in,” take the barriers down, and not have to be right all of the time?

When you “give in” it is not to lie down and be trampled on, but to slow down and reflect on what’s most important. The egotistical need to be right is what will ultimately destroy you. It leaves no room for compromise or compassion for another’s feelings, and will cause you more damage in the long run.

2. Is it worth it to be right, making the argument more important than making someone else happy?

When you constantly reinforce to the people in your life that you value your own opinions more than their feelings, it can cause a lot of hurt. Why not take the higher road and save the moment by saving your voice?

3. Will my actions now cause me pain and regret later?

My biggest lesson learned was that, if I had only known then what I know now, I could have prevented so much grief.

I wish I had had more generosity in my heart at that time. I wish I knew how to pause and let myself have that moment to feel the clarity that I needed to make a better choice in how I handled the situation at hand.

I know that, when she did things that I considered unforgivable, it’s because she didn’t know any better and was only doing the best she knew how at that time, as was I.

I am so grateful that I have learned these lessons now so that I can have the opportunity to live this way from here on out. I’m a big believer in things happening for a reason, and though I don’t quite know how to justify this one, I thank my mother every day for her sacrifice in that in losing her, I gained the greatest insight.

When a Wrong Can’t Be Righted: How to Deal With Regret