How to Be Really Great at Failing
By Tony Estrada 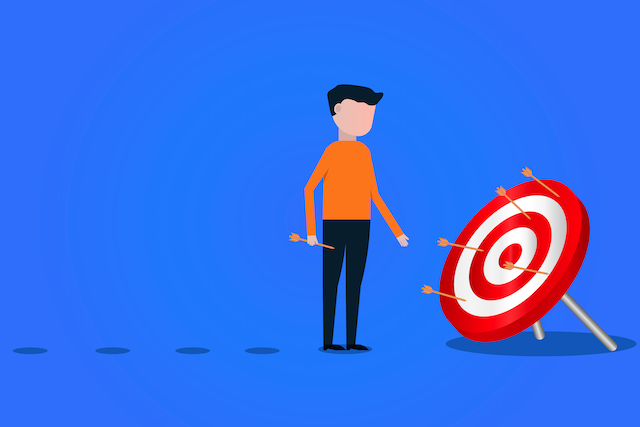 One of my dad’s favorite stories to tell about me when I was a kid is when I played catcher in Little League. I was probably around seven years old, but I had (and still do have) an intensity that wasn’t matched.

I would squat behind home plate, the catcher’s gear a little too big for me, and punch my fist into my catcher’s mitt, just like my favorite player Mike Piazza. And like Bruce Lee, I’d point my index finger at the pitcher and signal him to “bring it.”

One time, a foul ball was hit into the air. I took off sprinting with all the desire my little seven-year-old heart could muster. That ball, that out, was mine.

The ball hit the protective netting at the top of the fence, and I laid my body out and caught it. Because it hit the net, it was a foul ball. That didn’t stop the parents in the stands and the umpire from giving me a standing ovation for my effort.

My dad still says that he sat a little taller in the stands that day, saying to himself “That’s my boy.” It will always be one of my favorite catches I ever made. Because f* you, I still caught it.

For as long as I can remember, I’ve always wanted to be the best at something. I’ve tried my hand at so many things in my lifetime and I’ve aimed to be world class at them all—baseball, boxing, filmmaking, piano, fitness, etc.

I’ve always wanted to be recognized as someone special. In this relentless pursuit, I’ve poured my heart and soul into everything I’ve done. I’ve lived with a burning fire and a relentless passion inside of me.

But, lo and behold, nothing yet.

I was just an average kid in high school, respected but not the most popular.

I tried the hardest on every baseball team I played on growing up, but always seemed to find myself riding the bench. It wasn’t until college that I actually played regularly.

When I applied to Michigan, I was deferred. I was put into the pile where they want to make sure the, uh, “more desirables” got in first. And when I got to Michigan, I was placed into a group that was provided extra assistance during orientation.

I remember one girl even raising her hand during orientation and asking, “Wait, are we the dumb kids?”

If I showed you my list of rejections from film festivals or cold emails that went unanswered, you’d think it hyperbole.

I’m almost thirty. While my friends are off getting married, having kids, buying houses, and making a steady life for themselves, I’ve wondered if I have a pair of socks that don’t have a hole in them or if I can spend six dollars to buy a hamburger from In-N-Out. The sacrifice I’ve chosen in order to pursue a life that is “different” and “to get the most out of myself.”

Not being the most popular kid or an all-star athlete in high school, I had to be kinder, I had to try harder, I had to differentiate myself.

I couldn’t make the freshman baseball team. That’s why I took up boxing. It provided an outlet for me and gave me self-confidence I never had before because I had to really learn what discipline was.

Because I wasn’t naturally gifted at baseball, I had to find new ways to get stronger, to get faster, to be better. I spent countless hours in the batting cage, hours throwing a softball from long distances with my dad to the point where one of my weakest tools became one of my strongest.

I would wake up early in the morning and put bricks in a backpack, pull heavy tires attached to my waist, and run hills. Sure enough, I became the fastest player on every team, even reaching the point of running a 4.39 40, which if you don’t know much about sports, to borrow a saying from Forrest Gump, “I run like the wind blows.”

When I didn’t get into Michigan my first time, I stayed every day after school with my math teacher, Mrs. Velasquez, to improve my scores, and guess what, I got in. I still tear up thinking about it.

Not getting into film festivals has only pushed me to watch more, study more, to make more, to learn my craft better because I’ve had to be better to be accepted amongst my peers. It’s paid off because I’ve had to learn every single aspect of the business thoroughly to find new ways to show that I belong.

I’ve encountered this question a lot recently. Perhaps it’s part corporate jargon, perhaps it’s a fading fad, but nonetheless, it’s at the top of the zeitgeist.

The first time I was asked that, I didn’t know how to answer it because in my mind, I wasn’t particularly great at anything. I was a guy that just did and failed at doing.

I wasn’t some great champion. I was just a guy who woke up every morning and did his absolute best every day. I wasn’t going to wow anybody with accolades or prestige. But I would impress them with kindness and grit. That’s how I would belong.

It wasn’t until recently, watching the former Navy SEAL, Jocko Willink speak, that I had a bit of enlightenment.

I’ve long admired the SEALs since I was a kid, repeatedly watching the Discovery Channel Documentary, BUD Class 234. To make it through BUDs, quite possibly the toughest military training in the world, all you have to do is not quit. You don’t have to be the fastest, the strongest, you just need to not quit. That is something that has always resonated with me.

I’d spent so much time chasing perfection, chasing something that isn’t me to try to stand out, that I didn’t realize I was already unique. I no longer felt the need to chase respect from the people I wanted respect from. I just had to be me—a misfit.

That is what fuels the fire inside of me that burns so strongly, that is what gives me such an unquenchable thirst for knowledge, such a desire to want to learn more, and most of all, it’s what has made me, me.

Entering my fourth decade on Earth, I can faithfully say that I’m not world class at anything. My failures far outweigh my successes. Not by inches, but by miles. I can also say I no longer look at experiences as failures, but instead, I see it all now as the process of who I’ve become. Someone I’m damn proud of.

My desire to want to be great and the perception of lack of success have given me the tools to be exactly who I am and who I am meant to be.

I’ve lived a life so full of ups and downs that I can’t help but feel grateful for the tremendous ride it’s been so far and boy, it’s been FUN. I’ve garnered experiences, and dare I say wisdom, that I would have never experienced had it not been for this relentless pursuit. Growth has come at an astounding rate. And that’s the beauty of this all.

Now, instead of asking myself how I can be special amongst my peers, I find myself asking, why fit in? I am a misfit after all, and misfits, they don’t fit.

Perhaps now, I can say that I am world class at something. I’m world class at learning from failure. Because of that, I’m going to sit pounding my fist into my glove, nothing ever completely fitting quite right, waiting to take on any pitch life has to throw my way. That’s my superpower.

Tony Estrada is a Mexican-American filmmaker and writer, based in Los Angeles. Tony's most recent film, "¡Viva la Revolución!", starring Maite Perroni, Lonnie Chavis, Miya Cech, and Ian Inigo is headed on a national youth empowerment tour for the 2021 school year. He has several film and TV projects in development and continues to pursue projects and opportunities that help develop the influence of Latinos in front of and behind the camera. Follow on social @vlrmovie and @tonyestrada22.