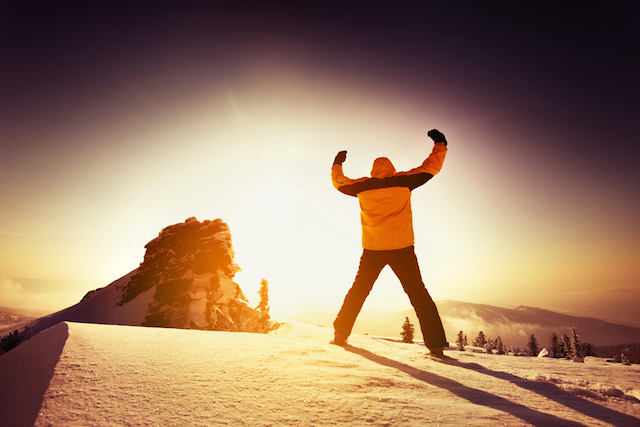 Every single one of us participates in behavior that we know has a negative or adverse effect on our well-being.

We also know that at some point we are going to have to stop these negative behaviors, because ultimately, they create bigger problems for us. However, most of us choose to wait until something breaks before we decide to take any action toward fixing a problem.

I waited to change my diet.

I waited until things got really bad and I was forced to react drastically in order to change my outcome.

Ummm, that would be an understatement. Let’s just say the list of what I had to give up was so extensive, it was easier to tell people what I could eat rather than what I could no longer eat.

It was an extremely difficult transition, and I’m not going that route ever again. No ma’am.

Everything you do to improve any area of your life, no matter how small, matters.

Because change is a process, and it’s an undeniable fact that a lot of tiny successes add up to bigger ones. If you make small steps consistently over time, it is impossible for your momentum to not shift in your favor.

If you add a marble to a glass every day, just one marble, eventually it’s going to fill up, right?

It’s exactly the same with change, but somehow, somewhere, we got it in our mind that change was an all-or-nothing proposal.

This mindset has left many of us completely paralyzed and incapable of instituting new behavior, because we only see the end result. Then fear paralyzes us because the process involved in getting to our end goal just feels like too much work.

I tell people all the time to “chunk it out.” I don’t care what it is, just chunk the task out into smaller, doable, reasonable bites, and eventually you will feel the shift in momentum and make the final push toward achieving any goal.

As I age, I know if I want to have a good quality of life, there are more changes in my future. There is no getting around it.

Instead of waiting for things to break (as I have previously done), I’m taking an easier route. I’m going to be proactive rather than reactive. I’m taking my own advice and chunking it all out now, before another problem presents itself. I got the wake-up call.

Here’s what I know for sure.

I want to be strong going into the second half on my life.

I do not want to wither away and die o-l-d. In order to reach that goal, I need to take consistent action toward changing my overall heath and integrate some new behaviors into my weekly routine.

In the last four months I have started activity in three areas that I am certain will help me achieve my long-term goal of overall better health. Hopefully, my actions will inspire you to make small changes in whatever area of your life you’d like to improve.

Our culture has us running around with our hair on fire trying to be overachievers.

I have known for a long time that meditation would be a gateway to a lot of good things in my life, but my biggest draw for meditation was stress-reduction. Somehow I convinced myself I couldn’t do it because I didn’t have an extra forty-five minutes a day to sit and learn to quiet my mind.

I have no idea why I thought it would take that much time, but it doesn’t much matter. I used this excuse to talk myself right out of participating because it would require time I didn’t have. If I were completely honest, I’d admit I just didn’t want to do the work.

As my stress level grew, so did my awareness that I needed to take action.

I took my own advice and chunked it out. I searched “guided five-minute meditation” videos on YouTube. Five minutes a day, twice a week. That’s where I started.

Then I bumped it up to seven minutes…then ten…then fifteen.

There are thousands of guided meditations on YouTube. You’ll never run out of options. I found a variety of lengths that suit me and I integrate them as I can.

Now I’m going to hour-long meditations outside my home once or twice a month, and I love them.

It took me months to get up to where I’m at now, and I’m still not doing it daily, but I am patting myself on the back for what I am doing instead of beating myself up for still not taking action.

The whole point is to create the habit in a way that is doable, not overwhelming, and I’m very hopeful.

The bane of my existence has always been routine exercise. I have probably joined the gym eight times in my life, and actually showed up and worked out maybe twenty times in total. The thought of getting on a machine to exercise makes me want to throw up, no joke.

Run? Not unless someone is chasing me.

Walk? Routinely, not so much. Every now and then yes, but I have to have a destination. My brain can’t embrace walking for walking sake. I keep trying, but have great difficulty in maintaining it as a routine practice.

I decided to try cycling.

I bought an inexpensive beach cruiser to test the water, installed big baskets on the rear, and now I do a vast majority of weekly errands on my bike. Cardio exercise, sunshine, and vitamin D, along with an opportunity to easily stop and chat with people during my ride, make this a huge win.

I love the idea of having a task or a destination. It totally changes my perception of the activity in my head. I’m no longer exercising, I’m getting stuff done.

I live two miles from the heart of a beautiful coastal city of about 60,000 people. We’re not small, but we’re not large either. The downtown area is speckled with lots of mom-and-pop operations, as well as places I regularly visit like my bank, the post office, the library, coffee shops, museums, and my local food co-op.

I had completely forgotten all about them. They make me feel really good. My brain has made that new association and is inspired.

The healthiest older folks I know practice yoga. The benefits for the mind and body are life-changing. I have known for a long time that I would benefit greatly from yoga, but in my mind this fell into the “gym” mentality I had about exercise, and I was hesitant to grab this bull by the horns and take action.

I didn’t sign up for a six-month package at a yoga studio. Nope. Once again, I turned to YouTube and decided what kind of time commitment I was up for (fifteen minutes), and got cracking.

I started with targeted shoulder/back/relaxation stretching for newbies. I did this once a week for several weeks. Once a week.

Then I expanded a little bit to a twenty-three-minute sitting yoga video for the same targeted area. I did this once a week for several more weeks.

The next step was attending free classes that were held at the community center at my local food co-op. I found one that I liked and went a few times. Then found another. Now I go twice a week every week and will continue to so.

As expected, these changes have had an incredibly positive impact on my day-to-day life.

Mostly, I’m proud of myself for finally taking action, and I love the sense of satisfaction I have from doing so.

Self-empowerment through change is inspiring!

When we prove to ourselves that we can successfully institute a new behavior, it encourages us to move toward more.

In my opinion, zero to hero is not a recipe for success.

Proactive behavior has had a snowball effect in my life. The more positive changes I see and feel, the more I want to experience.

Jodi is a spunky fifty-three-year-old chef, educator, and organizer helping women transition from where they are to where they want to be. Her conduit? Food. If you are tired, overweight, and lethargic, jump start your change by adding one nutrient-dense green smoothie every day. Freebie, newsletter, tips & program info can be found at www.jodibrownceo.com

30 Self-Care Tips: How to Avoid Sickness, Burnout, and Exhaustion