If It’s Hard to Say Goodbye, Your Life’s Been Truly Blessed
By Craig Ruvere 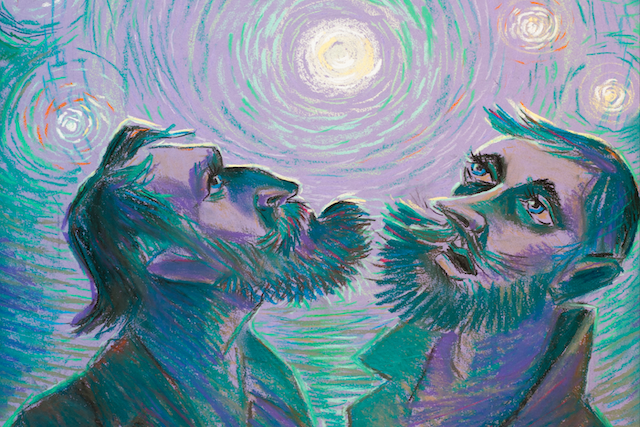 “You can’t start the next chapter of your life if you keep re-reading the last one.” ~Unknown

On the evening of my high school graduation it hit me—the familiar faces and places I’d grown so accustomed to over the last twelve years would soon be changing.

The anxiety of that reality had started to creep into my psyche weeks ago, when I was being fitted for my cap and gown. Standing there looking in the mirror, I remember thinking to myself, “How did I get here?”

Somehow I had gone from a seven-year-old schoolboy to an eighteen-year-old teenager, and I wasn’t quite sure where my youth had gone.

Sitting at the ceremony, one thought continued to occupy my mind.

I knew at the conclusion of our graduation party early the next morning, I would be closing a chapter in my life—one filled with exploration, development, struggles, and growth.

For so many of my fellow classmates, we had been together since kindergarten. We journeyed together, watching each other grow through the innocence of childhood, to the prejudices that develop as young adults.

We went from adorable five year olds without a care in the world, to the awkwardness of puberty and the struggles to live up to societal stereotypes.

In a way they were like family—comfortable like an old sweater; grounding me when I needed a reminder that I belonged to something greater than myself.

While I understood that life didn’t end after graduation, and opportunities were certainly before me, it also meant leaving the safety and security I’d come to rely on over the last twelve years.

As I tossed my cap high into the air I realized it would soon be time to say goodbye.

When my aunt called me that summer morning, I wasn’t completely surprised by the news that my grandmother had passed away.

My wife and I had just visited her the night before, and each of us felt as though her silent stares were her way of telling us goodbye.

My relationship with her was invaluable—a profound part of my existence from a rambunctious child to a young married adult. She was a constant source of joy, love, and support, one I came not only to rely on, but also cherish.

A few years prior, she gave me a photo album she began compiling on the day I was born. A photo album dedicated to my life, featuring photographs, recital programs, and other mementos she religiously collected and safely stored behind a clear sheet of plastic film.

Flipping through the pages after her passing, I felt as though a part of my heart had died along with her.

I never questioned her love for me; it was incredibly evident each and every time I was in her presence. And while that was a comforting reminder, the loss was intense.

Throughout the memorial service, I was surprised by my complete composure on what was an incredibly sad occasion. But as the church organ began to play and they wheeled her coffin down the center aisle, tears began flowing uncontrollably.

While I knew deep down she was tired of being a prisoner to her physical ailments, accepting that I would never see her again in this earthly life was difficult to acknowledge.

As I wiped the tears from my eyes and headed to the cemetery, I realized it would soon be time to say goodbye.

With the last box loaded on to the moving truck, our house appeared just as it did when we first moved in—empty.

As we meandered from one room to the next greeted by the sound of a faint echo, my wife and I tried our best to hold back the tears to no avail.

We remembered how we first felt as young homeowners.

There was an air of excitement and a feeling of accomplishment swirling around the empty rooms of our new home.

It was there we would host family and friends on cherished holidays or for simple Sunday dinners; where we’d tackle DIY projects together, going from frustrating to entertaining by its completion; where our bodies would grow twelve years older, and our hearts infinitely stronger still.

It had become a place of solace from the harsh world outside our front door. Filled with warmth and overflowing with unforgettable memories, which now seemed to replay in our minds like a documentary chronicling our time there.

While moving our lives across the country provided us with new opportunities both personally and professionally, it also meant leaving a house that had become our home for over a decade.

As the two of us made our way down the stairs of our side hall colonial for the very last time, I realized it would soon be time to say goodbye.

I think we all can agree that saying goodbye is never easy.

And while the word “goodbye” has garnered a rather negative emotional connotation in society, there is another way, a more positive way to perceive it.

Author A.A. Milne, who is perhaps best known for his books about a teddy bear named Winnie-the-Pooh, once wrote:

“How lucky I am to have something that makes saying goodbye so hard.”

While saying goodbye does mean accepting that a part of our life is now over, it also provides us with a chance to realize just how blessed our lives have been.

To look back and reflect on the journeys we’ve shared with some wonderful people, while being exposed to amazing and invaluable experiences we often take for granted.

Regardless of how long someone has been a part of our lives, whether it’s five minutes, five years, or five decades, their impact will always remain with us—even after we utter that simple, yet hard to say two-syllable word.

My stories above are but a small snapshot of the many times during my personal journey when I’ve struggled to utter the word “goodbye.” Regardless of the circumstances, saying goodbye means change, and change rarely comes along with immediate acceptance.

The finality associated with saying goodbye is challenging. Yet it’s an empowering word, enabling us to achieve closure and ultimately move on with our lives.

The quote below, from Walt Disney, has continually provided me comfort on days when I’m feeling sad and lonely and need a little reminder of the blessings I’ve been bestowed, which no one can ever take away.

“Goodbye may seem forever. Farewell is like the end, but in my heart is the memory and there you will always be.”

How I Saved Myself by Surrendering When Everything Fell Apart

Saying Goodbye to One Adventure Is Saying Hello to Another

What Helps Me Get Strong When Life Gets Hard