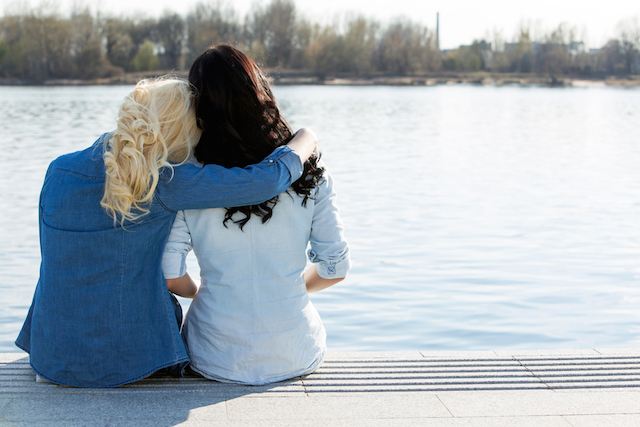 “The simplest deed is better than the greatest intention.” ~John Burroughs

In former times, a person’s word was his “bond.”

In fact, major business deals were transacted and solidified with a simple promise and a firm handshake. It was that basic.

Court cases were reserved for hardened criminals, not contractual breaches. And trust? It was as much of a commodity as stocks and bonds.

I miss those days.

Based upon a number of personal and professional interactions over the last couple of years, it seems that not enough folks consider their word as binding, particularly when it comes to friends honoring verbal (or email) commitments.

Don’t get me wrong: I recognize that “shift happens.” But being fickle can cause detriment to relationships, violate trust, and ruin reputations.

Here’s a case in point: Earlier this year, I was immersed in numerous activities surrounding two major events, the first being my twenty year anniversary as the president and founder of a community based arts organization, and the other my thirty-eighth birthday (the sequel).

Around April, I reached out to my small network of close friends to lend a hand, provide donations, or show support simply through their physical attendance at this highly anticipated two-day gala.

After all, it’s not every day that a girl celebrates twenty years of faithful service, or their thirty-eighth birthday twice, right?

As expected, the initial response was pretty good. Some pledged to bring food and drinks, while others confirmed they would minimally be on the scene to help celebrate and serve as hostesses.

Fast forward…it’s the weekend of the big event, ushered in with a Saturday framed in near-perfect weather and attendance by old acquaintances and new. Though it was a nice sized crowd for the gathering, when I scanned the faces, I noticed that four friends failed to show up; some didn’t even call to offer apologies or explanations.

Of the ones that didn’t show up, two were supposed to bring dishes and drinks that I relied on to complete my carefully planned menu, which left me scrambling to make last minute substitutions and some experimental combinations. Not cool.

In all fairness, I should add that overall these pals are quality people who have added greatly to my quality of life over the years. I have been able to count on them for moral support, constructive criticism, and even an emergency loan or two.

As such, this is not intended to diminish them in any way. It’s for edification. I’d like to think of it as a Public Service Message.

Still, friendships require ongoing give and take and sacrifice. There‘s no need to keep an open tally of who does what, or when, just a moral obligation to be honest, accountable, and trustworthy—to respond to an S.O.S when it’s issued.

The role of a true friend is to uplift, not to let down.

Amid all the chaos and uncertainty of the day, I kept smiling and the function ended on a high note. Thankfully.

In retrospect, I never want to have a “Plan B” when dealing with “A-list” friends.

Determined to make this a “teachable moment,” here’s what I concluded after I took the time to reflect. Perhaps these lessons will serve you well in future times too.

Just because you share history together does not mean you should necessarily share a future. Choose friends with a similar value system for greater compatibility and lasting results.

Don’t be bitter, be better.

Look for the opportunities in adversity. With this situation, I was forced to have some heart-to-heart chats with friends (that were long overdue), that hopefully will lead to a better understanding of our relationship needs and foster greater respect moving forward.

A wise man once said, “We teach people how to treat us by the things we accept.”

If something a friend has done causes you to feel betrayed or offended, speak up, gently. Don’t let wounds fester, or suffer in silence. There are far too many people carrying grudges against others who have no idea what they’ve done wrong, and as such, they can‘t apologize or correct their behavior.

Most importantly, remember that not keeping your word can cause you to lose valued friendships.

And more often than not, it’s really not worth the gamble.

Jennifer Brown Banks is an award-winning blogger, ghost writer and relationship columnist. Her work has been featured at: PRO BLOGGER, Men With Pens, Write to Done, and other top sites. Visit her "Top 25" Writing Blog at http://penandprosper.blogspot.com/.

How the Word “Should” Can be Harmful and 3 Empowering Alternatives