Knowing Which Advice is Right
By Mike Linn 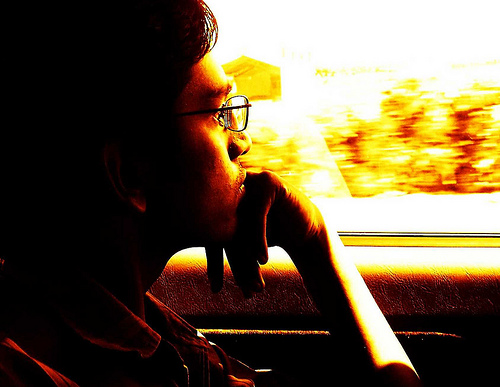 “Believe nothing, no matter where you read it, or who said it, no matter if I have said it, unless it agrees with your own reason and common sense.” ~Buddha

The old cliché, “I say tomayto, you say tomahto,” has been popping up in my head recently, mainly because of a lesson I recently learned after years of trial and error.

For the last several years, I have been closely listening to and reading the advice of “experts” on subjects related to life, love, business, and the pursuit of happiness. I have come to an astonishing (for me, anyway) conclusion: Everybody is right, and everybody is wrong.

Confused? Allow me to explain with an example.

About 18 months ago, I changed careers from newspaper journalism to insurance sales. When I first started in the insurance industry, my boss told me that to be successful I would have to not let “no” bother me. Just keep trucking, let that rejection roll like water off a duck’s back, he would say.

He also told me persistence was a major key to selling life insurance. Keep calling clients, even if they blow you off a few (or in one case, many) times.

His advice worked with one client. I literally called her a dozen or more times. She bought insurance, and then canceled.

Finally, we were able to get the insurance she was looking for at a price she could afford.

After writing that application, my boss (let’s call him Jay) said, “Let this be a lesson on the power of persistence.”

A few weeks later, my boss’s boss (let’s call him Brent) gave me some very different advice: “Never call a potential client more than five or six times. It makes you look desperate.”

I have learned that, in many cases, this advice is also true. Calling too many times will certainly not work on a lot of clients. But, in the above-mentioned example, it did work.

So, I asked myself, “Whose advice is right, and whose is wrong?”

My answer: Both are right and both are wrong. It really just depends on the circumstance.

Had I followed Brent’s rule, I never would have sold the policy—and thus been late on my rent.

Sometimes, rigidly following someone’s advice is a bad idea, even when that person is adamant their advice will work.

Put simply, I learned that life is not a mathematical equation. In math, two plus two will always equal four. That’s a guarantee.

In life, there are no guarantees—well, except for death and taxes. There are dozens of ways to get from point A to point B, to accomplish a goal, to live your dreams. Or as my father used to tell me, “There is more than one way to skin a cat.” (Please forgive all the clichés!)

You have to decide which route is right for you in any given situation. Are you going to follow Jay’s advice or Brent’s advice, or do you do things in your own, unique way? You are the only person who can make that decision.

For every person who says go east to find happiness, peace, better relationships, financial success, etc. there is another who will tell you to go west—or north or south.

After years of taking people’s advice in spite of my instincts screaming bad idea, I have learned that I need to trust myself, my intuition, gut, and heart, first and foremost.

This has been a revelation to me and opened up so many more opportunities. And it taught me that, hey, maybe my own ideas deserve some merit. Maybe I do know what will work best and what won’t. After all, nobody knows me better than myself.

I used to be so self-critical that I often made decisions I later regretted, sometimes within seconds.

Now, I realize trial and error is a part of life and the quickest way to get what you want in life is to trust yourself, go for it, and let the chips fall where they may.

Even if I’m wrong or if things don’t turn out like I had hoped, at least now I know I am going in the right direction.

I am following my own instincts, for good or ill. And I am solving the challenges of life my way and at my own pace.

Am I saying never follow the advice of others? Of course not. Everybody is an expert at something and ignoring the advice of people who have been more successful in a given field can also be self-defeating. All I am saying is ask yourself: Does this advice sound right for me?

Thankfully, this new revelation has me on a clearer path to self-reliance and self-discovery. Because of this, I have also become more understanding of other people’s points of view.

Whether I agree with them or not, I can still put myself in their shoes while not stepping out of my own so to speak. It’s sort of like saying tomahto.

Try it for yourself. It’s quite liberating.

Mike Linn is a former newspaper journalist who currently enjoys employment as a life and health insurance producer. He enjoys hanging out with friends and meeting people who have unique and positive perspectives on life. A Florida native, Linn lives in Little Rock, Ark.