Lessons from Regret: The Time is Now
By Razwana Wahid 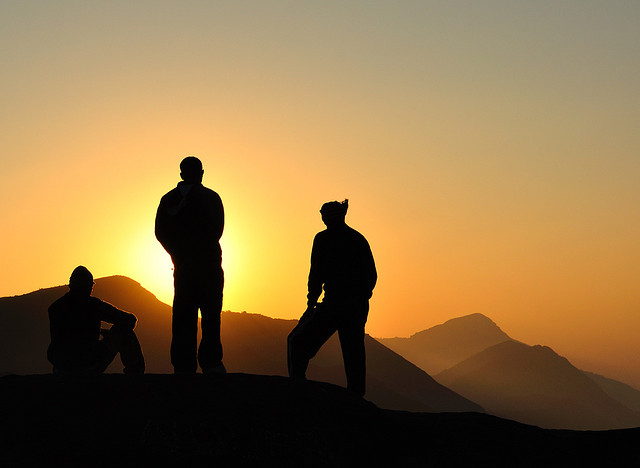 “Six weeks ago the doctors told me he had six weeks to live. I don’t think he is going to survive the night.”

“Why didn’t you tell me this earlier?” I whimpered, my voice barely above a whisper. ‘We don’t have any time left.”

I didn’t think that as a 19 year old, seeing my father die in a hospital was going to be something I would experience. Wasn’t he meant to grow old and grey, with me taking care of him?

Nevertheless, in the early hours of the following morning, when the rest of the world was lying in a quiet slumber, I was sat at my dad’s bedside, holding his hand while it slowly grew cold. I wasn’t willing to let go, as letting go would mean accepting what was. I wasn’t ready for that.

My dad and I had always had such a difficult relationship. I was the rebel teenager and he was the frustrated father who just never knew what to do with me. In the end, when the cancer had really taken over, he just gave up. He knew I wouldn’t be his problem for much longer.

As the weeks and months passed, it became easier to be without him. But the one thing that followed me was the regret I felt—of not trying to understand him, and not making our relationship better.

The older I get, the more I realize that that period of life was meant to teach me some tough lessons—lessons that have stayed with me to this day.

If you want to say something, say it.

Don’t wait for a good time. Life is beautiful and cruel in that it doesn’t tell you when your last day on earth will be.

Acting with some tact, however, is best (telling someone that their words hurt you when they’ve just sliced off their finger instead of a carrot is, perhaps, not the best time) but waiting and waiting and waiting for the right time to come is exhausting. And false.

If you still think now’s a bad time to say it, then why don’t you…

If I don’t do this now, will I regret it tomorrow?

Tomorrow can be literally tomorrow, next month, or a few years down the line. Contemplating the consequences of an action not taken is all the motivation you need.

And if you still haven’t said what you wanted to say, then…

I was too young at the time to realize that I had growing up to do. Looking back on my teenage years, I regretted every day that I didn’t just talk to my dad. Instead, I just scurried away, avoiding confrontation.

We hold on to so much of what we did as children, and think we could have done better. But looking at something with the eyes of someone experienced and judging it is not fair. We do not remain the same people we were when we become adults.

A couple of years after I lost my dad, I was in the changing room of the gym when I got talking to a woman I’d never seen there before. She asked me how I was, and I decided to be completely honest with her.

I told her I was feeling weighed down with regret. I’d had a tumultuous relationship with my dad and I hadn’t made the time to rectify it before he died. There were so many things I wanted to say, to apologize for, and to understand about him. There was so much I should have said but hadn’t.

She told me that I could still do that.

The mind is a powerful thing, influenced by fabrications, as well as real events. She told me to find someone I trusted, and talk to them like they were my dad. Be brutally honest. Say everything. It took me another year of thinking about it before finally having that conversation.

It was the most liberating thing I have ever done.

What regrets have you experienced, and what have you learned from them?

5 Common Regrets and How to Avoid Them

20 Ways to Let Go of Regrets