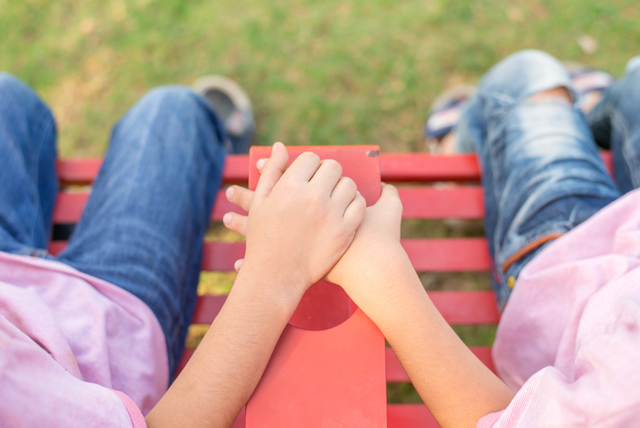 “Vulnerability is the birthplace of connection and the path to the feeling of worthiness. If it doesn’t feel vulnerable, the sharing is probably not constructive.” ~Brené Brown

There is very little in life (if anything) more important than our relationships. How connected we feel to others is a strong predictor of our happiness and our feelings of self-worth.

From a neurobiological standpoint, we are wired for connection. Our deeply connected relationships can ultimately give us true meaning and purpose.

But, if we’re feeling disconnected, alone, and segregated from those around us, how can we become more connected? Why does it seem so easy for some to create deep connections while it’s hard for others?

My Struggle for Connection

My struggle for connection came after I broke up with my then-best friend in college. Without that deep connection that I had once shared with her, I realized that my other relationships were pretty shallow. I didn’t have anyone in whom I could confide. There wasn’t anyone to whom I could reveal my true self. As a result, I had never felt more alone.

At the same time, I was surrounded by people. By “friends.” I had cultivated many relationships, but somehow none of them were truly genuine.

As I struggled with my loneliness, I realized that my lack of connection stemmed from my unwillingness to be vulnerable.

I had an intense fear of being rejected, or of being seen as unworthy—unworthy of love, and unworthy of belonging. As a result, I would change myself to fit the situation and person or group I was with.

I would hide parts of myself I felt were controversial or might be frowned upon in some way. I was desperately seeking connection, and changing myself in order to be closer to others without being rejected, but as a result I was feeling less connected than ever.

In short, what it boiled down to was that I was ashamed of being myself, because I didn’t feel that I was good enough.

It took a long time (more than a year) for me to work through my feelings of inadequacy and lack of self-worth. Through that, I learned many things about connecting with people in a deep and meaningful way.

It took a considerable amount of courage, but I learned to tell everyone who I really was at all times.

I started telling others all about what I have been through, about my failures and what I have learned. I wasn’t able to be friends with everyone as a result of sharing myself so openly, but the relationships I did form through doing this were much more fulfilling.

Sure, I felt uncomfortable at times, and sometimes I felt rejected by people. But, I also felt honest, and proud of being true to myself.

Be imperfect. Your imperfections are what make you beautiful and interesting!

I had to learn to be kind to myself. I had to stop putting aspects of myself down. Previously, I felt insecure because I didn’t think I was funny, and I hated my facial expressions, but i had to stop believing that certain parts of me were unworthy of being. I had to truly believe that I was worthy of love and belonging.

You must learn to show yourself compassion before you can truly be compassionate to others.

I cultivated an awareness of my fear of vulnerability, including when I would run from it, and instead forced myself to face my fear.

I invested in relationships even though there were no guarantees. I showed when I was hurt. I told people how I felt, regardless of how it would be perceived. I opened myself up to the possibility of rejection and thus became truly vulnerable.

Opening up to vulnerability was difficult, and this process took a long time. Try and be aware of when you run from vulnerability and push through it. In the longrun, you will be so glad that you did.

Vulnerability isn’t just essential for creating deep and lasting connections with people, it is also the birthplace of joy, creativity, and a sense of belonging and of love.

The willingness to be completely vulnerable is necessary to feel worthy. If you’re not vulnerable, and you never put your true self out there, you will never know that you are worthy of connection. We all are.

I was lucky enough not to do this, but I’ve learned (and there is lots of psychology research to back this up) that we cannot selectively numb emotions.

You can’t say, “I don’t want to feel anger or jealousy or vulnerability. Let’s leave those out, and I’ll just take a dose of happiness instead.” Unfortunately, it doesn’t work like that. If you try to numb the negative emotions, you’ll end up numbing everything.

If you numb everything, you no longer feel happiness, joy, or love.

Our willingness and ability to be vulnerable, to put ourselves in a state of emotional risk, exposure, and uncertainty, is our most accurate measurement of courage. It is absolutely not weak to expose yourself.

Show me a man or a woman who tells someone, “I love you,” for the first time, without any certainty of reciprocation, and you will have shown me one of the most courageous human beings in the world.

If we want to connect with people, we absolutely have to get over this idea that being vulnerable is synonymous with being weak.

This also ties back into compassion—we must be compassionate to those who show us vulnerability. Do not judge them, or make them feel weak for having done so. Look upon them as the truly courageous people they are, and applaud them for that.

Zuhair sharif is a digital marketer. He loves to read and write inspirational stuff, recently engaged to prettiest girl alive!