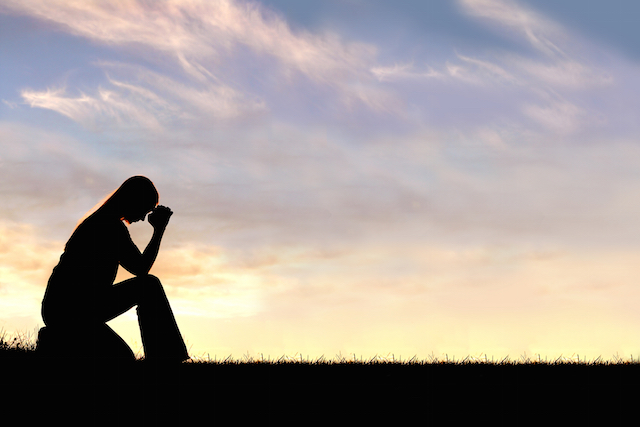 “In order for the light to shine so brightly, the darkness must be present.” ~Francis Bacon

One phrase my husband and I have heard often since becoming new parents—heck, since I was still waddling my way through my last trimester—is, “It goes so fast.” This is most often delivered by another more seasoned mother with an all-knowing shake of her head and a longing gaze at my once rotund belly, or now at our beautiful boy.

We smile and nod, silently agreeing to the harsh reality of time. Which inevitably leads to the dreaded follow up, “Enjoy every moment!” This is usually spoken at a higher, more fervent, almost frantic timber as she smiles hugely at us.

The thing is, I know she means well. I know that her child(ren) must be older and that she has undoubtedly forgotten the reality of the many difficulties with which new parents are faced as they begin to navigate the oftentimes muddy waters of raising a child.

I also now know that because of the prevalence of phrases like, “Enjoy every moment,” many new parents are unable to reconcile the very real conflicting emotions of loving their children so much that at times it is hard to breathe, while at the same time feeling for any myriad of reasons like they don’t measure up. Or that because they aren’t, in fact, enjoying every minute, that they must somehow be failing as a parent and a person.

A couple of months before my son was born I bumped into a friend who I hadn’t seen in a while. The typical conversation between a fairly new mother and woman in late stage pregnancy ensued.

We discussed how I was feeling; she made a fleeting comment about her back labor, encouraging me to be open-minded about any birth plan I might have in place; and then she said something so outlandish and foreign that I couldn’t in that moment find the words with which to respond.

She told me, with great certainty, that there would be things I would endure in the very near future that would be almost incomprehensibly difficult, and that in no way would I enjoy them all.

I was stunned. But it wasn’t that she spoke the truth that stunned me; it was that everyone else I had come into contact with hadn’t.

In that moment, I was more grateful to her than she’ll ever know. Right there, at the entrance to the grocery store, she granted me permission to honestly experience all that lie ahead on the bumpy, blissful path of motherhood.

Unfortunately, it wasn’t enough. At least not in those first few months when every cry my son emitted from his frighteningly fragile little body left me panic-stricken and absolutely sure that I was simply not cut out to be a mother.

Not because I wasn’t doing every possible thing in my power to care for and nurture my boy. But because there is nothing enjoyable about massive hormonal shifts, staggering sleep deprivation, unexpected postpartum anxiety, and three bouts of excruciating mastitis.

It wasn’t until my husband—bless his kind and patient heart—asked me, after one agonizingly long and sleepless night, what I had expected life with a newborn to be that I remembered my friend’s wise, and let’s face it, frightening words.

I realized then my perception of what my experience as a new mother should be had become quite skewed. I also realized that it was thanks to all those well-meaning, “Enjoy every moment” comments that I found myself floundering to make sense of just how I was supposed to manage to do that—and if I was unable to, then surely there must be something inherently wrong with me.

Maybe you think I’m being too literal. Surely everyone knows you can’t possibly enjoy every moment.

Okay sure, I’ll give you that. But I’ll also argue that our words and thoughts carry great weight. And with that weight often comes unrealistic expectations, both of ourselves and of others. This is true for all of us in any given situation, parent or not.

Plus, I think the issue runs deeper than simple semantics. Let’s face it, most of us have spent a large majority of our lives constructing often intricate and elaborate means of avoiding pain and discomfort.

We go well out of our way to escape those pesky emotions that leave us feeling vulnerable. We choose, instead, to focus only on what we, and society as a whole, has deemed “good” or “positive” rather than risk putting our more “negative” thoughts and experiences out into the universe. You’ve heard this, right?

While I am a staunch believer in the power we have to manifest and create our own reality, I am also convinced that we cannot simply bypass the harder, more uncomfortable aspects of the human experience.

It is not surprising then, that it has been in my new role as both an ecstatic and scared new mother that I have found there is absolutely no place in which to escape from anything. After all, my child’s cries of discomfort and/or discontent cannot, in any language or universe, be denied. And this, I have found, is a good thing. It literally keeps him alive.

Well, we were all babies once. Maybe there is a trace of that survival instinct still hibernating within each of us. Maybe our own fears and discomforts are coming up when necessary as a way to keep us alive, too. Or at the very least, to wake us up.

During the first six euphoric and arduous months of my son’s life, I began to awaken to the paradox of my new situation.

I had been granted the greatest gift I will ever receive in this life. It’s true. I feel like the luckiest girl in the world. Yet it is because of that very greatness that I was unable to allow for the intense feelings of discomfort I felt when faced with the very natural sense of overwhelm that comes with being a new mother.

I, like many others in any number of life’s scenarios, believed that I had no right to feel the tough stuff when I was so obviously blessed with such a massive amount of good.

But just as I believe we need the darkness to appreciate the light, I am also certain that I needed—and must continue—to allow myself to fully surrender to and move through those harder, oh so unenjoyable moments. For it was and is in the moments when I have thought I had nothing left to give that I learned just how good a mother I actually am.

I have learned, time and again, the lengths I will go to for my son. I have abolished the limitations I unknowingly set for myself simply by being faced with staggeringly hard situations and circumstances.

Ironically, It is because of these situations that I now trust myself and my capabilities more than ever before.

It’s unreasonable to think we should enjoy every moment, and that if we don’t, we’re doing something wrong. So let yourself off the hook. You never know, it just might result in you enjoying life’s messy process and all the glorious moments in between that much more.

Long-time yoga teacher, activist and writer, Erica Settino is the Founder/Executive Director of the yoga-based nonprofit organization, Karuna For Animals: Compassion In Action, Inc. In May of 2015, she and her husband welcomed their son, Sebastian Bodhi, whom immediately became Erica’s greatest teacher, inspiration and best friend. Learn more about Erica and her work at: Karuna For Animals and Amma Yoga.