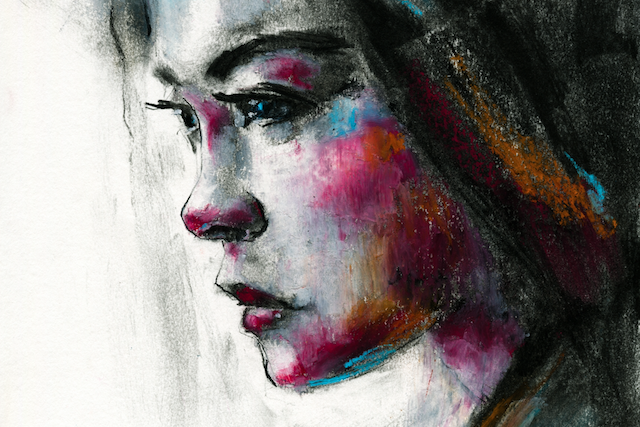 “The human spirit is stronger than anything that can happen to it.” ~C. C. Scott

Addicts don’t plan to become addicted to a substance or behavior. It’s an invisible progression, a newly discovered way to feel peace, trust, and control.

You don’t remember the day you became addicted—the day your addiction became your identity.

You do, however, remember the relief of the first time your addiction helped you cope.

Many bulimics remember in vivid detail the day their eating disorders started. Up until that moment, they suffered with chaotic home environments, low self-esteem, the inability to accept themselves, pressure, and feelings of powerlessness, confusion, and distrust.

And then one day they throw up, without any intention of becoming eating disordered, or losing weight. They just did it.

The instant after the purge is complete, a sense of peace and wholeness overcomes you. You feel powerful and in control. It results in a perverse, but intense high and satisfaction.

You decide maybe you’ll do it again. What’s one more time? It was so easy the first time anyway.

And that’s how your addiction begins to infiltrate your mind, body, and spirit.

Low self-esteem, suffering, and the inability to cope effectively are at the heart of all addictions.

People with eating disorders also struggle with their identity—with establishing who they are and how that relates to what they want and the world outside.

The addiction is an effective way to cope with life when you don’t understand your emotions; you have only a limited capacity for self-respect, and you don’t have healthy relationships with people.

I was fourteen years old when I threw up on purpose for the first time. It was so easy. Too easy.

It continued to be easy for a while. I lost thirty pounds in two months. I finally felt like I was popular, and I could eat anything I wanted and not get fat. I felt powerful. Stopping was out of the question.

It was something predictable and comforting. It was dependable. It was my friend.

But the high didn’t last long. My comforting friend turned into an obsessed and disturbed lover, where violence is synonymous with love, and hatred is the motive behind every gesture.

Before long, the addiction takes over and it gets harder. You’re forced to devise complex plans to binge and throw up without anyone noticing.

Because now, instead of three times a week, you’re doing it four times a day.

Now, people are starting to notice your scarred knuckles and shaking hands. You start gaining weight and you don’t understand how that can happen when you’re not even letting yourself digest. You hate yourself for not being able to get even this right.

Instead of the self-esteem and self-acceptance you were promised, you get self-hatred and abuse.

You’re living with constant dizziness, your heart’s beating in odd rhythms, your throat burns with acid and scratches from your nails. You’re so weak.

You get tired of fighting and give into it. Without realizing, you make it your purpose in life, your only reason to stay alive.

When you believe that you’re worthless, you begin to subconsciously think that life isn’t worth living.

Your sense of worth hinges on your ability to be a successful eating-disordered person, which becomes more important than yourself, your health, or your life.

Consider how much a person has to hate their body to rationally convince themselves that starving is a reasonable way to lose weight.

Most people have a self-protection mechanism wired into their brains to prevent themselves from really doing harm. I never had that. I had to learn it.

When you have no sense that your own health is actually important, that your body is—at the very least—a biological organism that requires care and feeding and respect, your goal of losing weight will turn into a no-holds-barred attack on your flesh before long.

By the time I was sixteen, I was vomiting six times a day and taking stimulants to decrease my appetite. I continued to vomit at least once a day until I was twenty years old.

I have no idea how I survived that long, but I did, and I’m grateful every day.

When you go without eating or sleeping for a long time, you start thinking you don’t need it.

You forget what it’s like to feel well like because you feel horrible all the time. You don’t remember a time when life was any other way.

You forget what standing straight, steady, and strong feels like.

You don’t remember how your stomach felt without the acid, stimulants, caffeine, and laxatives.

I still don’t remember what being completely healthy feels like. And I’m twenty-six years old.

Never take your health for granted. You don’t realize just how important it is until you don’t have it anymore. Even if you’re a relatively healthy person, if you haven’t been to the other side, you don’t know how blessed you are every day.

Always remember that your body is a sacred temple. Treat it with as much respect as you would any other physical temple. Anything else is cruel.

People forget that bulimia is an act of cruelty.

It’s not just something you do. It’s not just a psychological disorder and sickness. It’s an act of brutality that bespeaks a profound level of anger toward, and fear of, yourself.

Then a time comes where your anger and fear take possession of your body and you become your own personal agent of death. You punish yourself because you think you deserve it, while struggling to survive long enough to take another beating.

Your eating disorder is now your identity. When you say “I,” you mean “we.” You make decisions together, you think together, and you live together.

Even thinking about separating from your other half sends you into a panic. How can you survive without it now?

I know because I’ve been there and back more times than I can bring myself to admit.

I may not be the picture of health, but I’m alive.

Not alive like I was when I was throwing up every day. Alive in a way I never thought possible.

Alive in a way that makes me want to cry with happiness.

I can go out to eat on a date in a white dress without worrying if vomit will splash onto it during my purge or if my boyfriend will smell it.

I can eat on a picnic, hike, walk, or relax in a boat without the overwhelming anxiety and fear that come with not knowing how I’m going to purge.

I finally know what being fed feels like, which sounds like the simplest thing in the world to people without eating disorders but is miraculous to me.

I don’t have to worry about my esophagus rupturing, my stomach lining deteriorating, my heart stopping, becoming infertile, or my teeth rotting.

I don’t have to worry about the approach of my early death.

When I was sixteen, I was told that if I kept going like I was, I would be admitted, or I would die.

A decade later, I’m still alive—and no longer as a reanimated corpse, but as an actual human being.

I realize now that, as a walking corpse, in some ways I had it easy. It was a crutch—a way of avoiding life and all its little problems because I was facing death and that was clearly more important.

At some point, you have to believe that you’re strong enough to be a human being that takes life head on. Because being sick and staying addicted is easy. It’s familiar and safe, whereas life is unfamiliar and takes a lot of effort.

If you’re dealing with your own addiction, I know that nothing I can say will change your mind until you’re ready to hear it. Just believe me when I say you do have a choice, and you’re capable of making it.

You can stay attached to your addiction and eventually die from it; or you can walk away from it, get some help, and truly live.

The next time you reach to your addiction for comfort, try to tell someone what you’re about to do. You don’t have to ask for help, advice, or a shoulder to cry on. Simply state your intention to throw up, starve, drink, or get high.

At first doing so will feel impossible. You’ll struggle to find protection from yourself. But keep trying.

Don’t try to think any further than just telling someone. You won’t be able to see beyond this one seemingly insurmountable task.

When you finally work up the strength to say it, you’ll have completed half the battle. Because saying it out loud makes it real, and it’s also a cry for help.

When you finally say it out loud, you’ll have made the choice to truly live.

As someone who’s been there, I can promise at least this: Although living is terrifying, I’d rather spend half a lifetime without my eating disorder than one hundred lifetimes with it.

So please choose to live. You’re worth it.

Liz Seda runs a blog about how to use your unique individual potential to identify and create a life you love. Connect with her on Twitter.