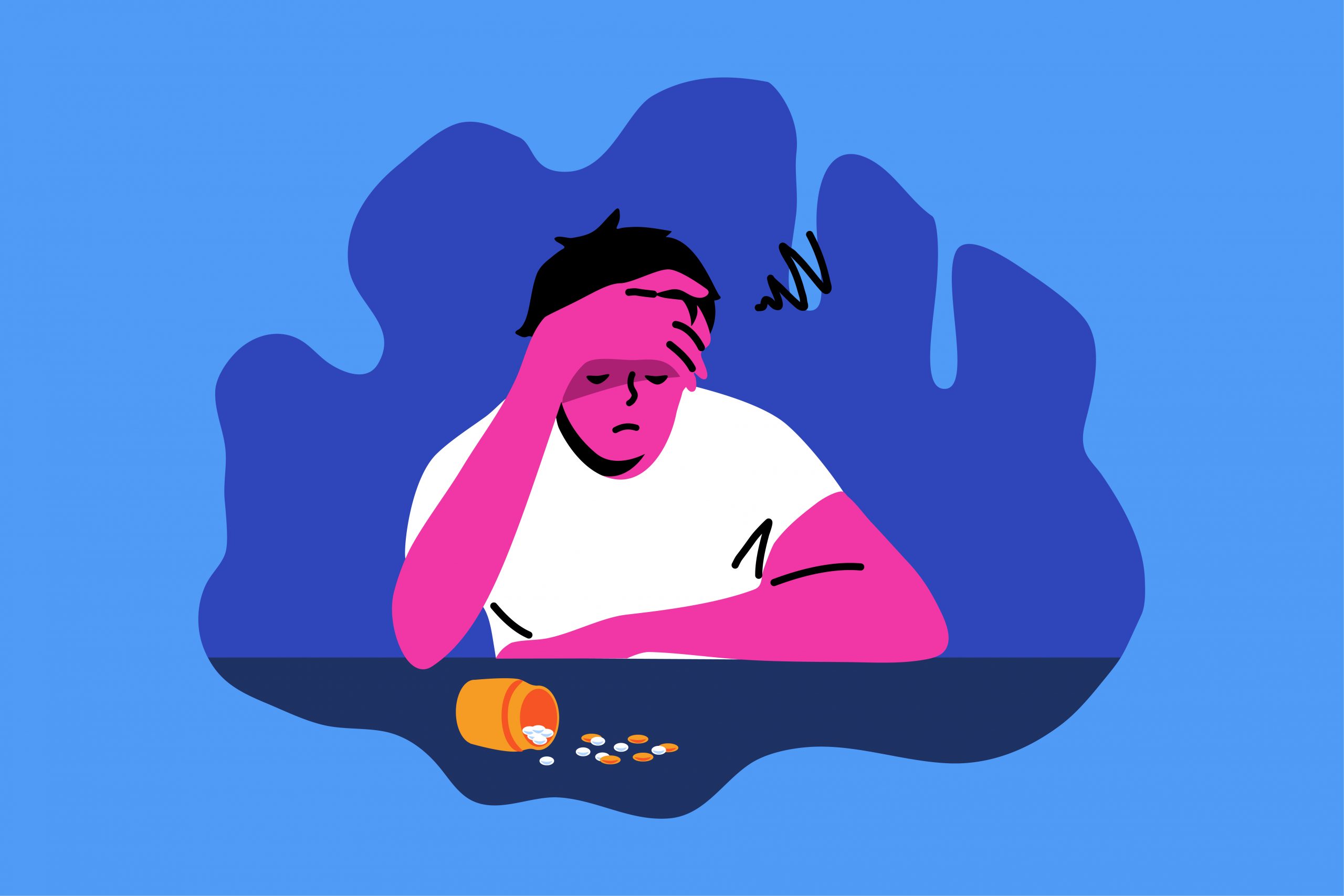 “Taking responsibility for your beliefs and judgments gives you the power to change them.” ~Byron Katie

I had spent five horrible years in and out of rehabs and support groups for my substance use problems. Along the way, there were a few periods where I cleaned up for six months, eight months, and almost a whole year one time, but nothing seemed to stick.

The worst part was that even with all of the painful effort it took to keep the drug and alcohol use going, and all of the painful consequences that were piling up, I was happier in that life than I was during the sober, trouble-free times.

I believed that getting high and drunk was really great, and I believed that sober life was complete drudgery. These beliefs played themselves out quite predictably.

I felt tortured and deprived when I was sober. I would trudge to work, then I would trudge home and hope that I could fall asleep quickly to end the misery until the morning.

Then I would wake up and do it all over again. I lived with a painful desire to get high and drunk the whole time.

I was hanging on by a thread—resisting my desire to get high and drunk one day at a time. Eventually, resisting would become too painful, too unfulfilling, and too unsatisfactory to maintain any longer.

I was resisting this desire so that I could stop bad things from happening in my life. But then I just ended up lacking bad things. I didn’t have any good things going on.

When I was abstinent, I didn’t have the thing I believed I needed to be happy and comfortable: heavy drug and alcohol use.

I took it for granted that I would always have a painful, overpowering desire for heavy drug and alcohol use. I could fight it or give in. I repeatedly gave up the fight and gave in to the desire.

But then I found a new approach. After years of being taught how to fight the desire, and years of failure, I found a way to change my desire.

I learned to accept my substance use habits as a simple pursuit of happiness activity (rather than as a compulsion). I learned that I was desiring it and doing it because I believed it was my best shot at feeling good. I learned that I could re-examine that belief once I acknowledged and accepted it.

I know this might be scary to people who’ve been taught that such habits have nothing to do with choice, but think about it—everything you do is because you believe you’ll benefit from it in some way.

In some cases the benefits are small, like when smoking a cigarette, which is an extremely mild stimulant that may provide a good feeling for a few seconds or minutes. In other cases the benefits can be big, like when going to college, which can result in more employment opportunities and job security that lasts a lifetime.

Everything we do is driven by our belief that it will bring us closer to some sort of happiness or benefit.

Now, getting back to my substance use habit, I had to take responsibility for my beliefs about drugs and alcohol.

I believed that drugs and alcohol were cure-alls, and that I needed them:

That’s a crazy list of powers I believed that drugs and alcohol had. Several of them are contradictory; yet, these beliefs are not uncommon at all.

“I hate that I can’t have a drink because I know it’ll quiet my mind and I’d relax.”

This is what creates desire. If you believe you need something to be happy, then you will desire it.

The thing is, drugs and alcohol don’t medicate anything. But as long as you believe they are your medicine, you will feel deprived and suffer when you don’t have this medicine. The sooner you stop believing that they are medicine, the sooner this desire will go away.

The fact is, most of the emotional and behavioral experiences people have while using drugs and alcohol are subjectively created. They’re mostly an effect of expectancy. As a noted addiction researcher observed:

“Sometimes alcohol may be a relaxant (the martini after the hard day at the office) and sometimes it may act as a stimulant (the first drink at the party).” ~Norman Zinberg, Drug, Set, and Setting, 1986

Isn’t that a bit unbelievable? It’s a total contradiction and thus literally impossible. Stimulants and relaxants are total opposites. Yet, you probably know from your own experience or watching others that people can have both of these effects while drinking.

The key is to realize that these effects don’t come from the alcohol itself. They come from you.

The fact is that you don’t, in reality, need alcohol to relax, and you don’t need it to get wild at a party, because alcohol itself does neither of those things. If you want to relax, you can do it, with or without alcohol. Same goes for getting wild at a party.

And the same goes for the plethora of things we think drugs and alcohol do.

The reason for this is that you are actually cognitively creating these states with your intentions. You expect to have these experiences when you drink or drug, and that expectancy itself creates the experience.

There are plenty of other ways to intentionally put yourself into a relaxed state or any of the other states we believe are caused by substance use. The self-help world offers plenty of good advice on how to do this through mindfulness and other techniques. This website is a great resource for that.

I encourage readers to seek out such techniques if you feel you need them. However, before you do so, the best thing you can do is rid your mind of the belief that substance use is a cure-all. It is not.

If you haven’t broken these beliefs first, then in that moment that a new coping skill you learn doesn’t work so well for you (or you just don’t feel like using it—we’ve all been there!), you might feel tempted to return to substance use to deal with the problem.

If you have broken these beliefs, then you won’t feel tempted to use substances to cope. In this case, when a coping skill doesn’t work out, you’ll rightly look for a different coping method, rather than back to drugs and alcohol.

Stop giving drugs and alcohol credit for things that they don’t really do. Be mindful of these beliefs, and have the courage to change them. Once you do, you’ll find that you have much less of desire to use substances.

By severing the connection between stress and substance use, you can permanently end the phenomenon of feeling triggered to use substances when you encounter stress.

The same goes for severing the connection between substances and any of the other false benefits we’ve been taught to attribute to them. Then it’s up to you to decide how to deal with these life problems, but it will be much easier to solve them without the specter of a “relapse” hanging over your head.

I embraced the responsibility I had for my beliefs about substance use, and I examined them. I changed them. I ended up believing that drugs and alcohol didn’t have much to offer me anymore, and I believed I could be happier dedicating my time elsewhere.

It was up to me to consciously question what I believed about the objects of my addiction, and how happy they could truly make me.

As a result of changing my beliefs, I haven’t had an issue with drugs and alcohol for twelve wonderful years now. I don’t feel deprived. I enjoy a drink now and then, without feeling desperation or loss of control.

I now get to live my life feeling free of addiction, and it’s wonderful.

Steven Slate is the Director of the Saint Jude Program in NYC. Saint Jude Retreats is an alternative to traditional alcohol and drug treatment with curriculum based on cognitive behavioral education methods for permanent and positive neuroplastic self-change that will foster productive behavioral patterns and improve choice making, for achieving personal goals and envisioned future.

What Happened When I Stopped Drinking Alcohol Every Night