Overcoming Tragedy: 3 Ways to Create Your Own Silver Lining
By Benet McManus 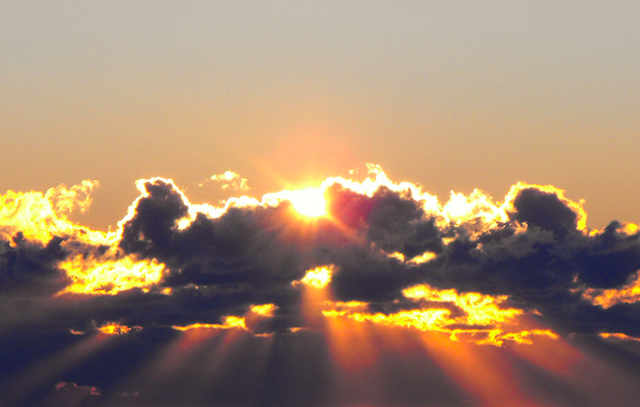 “In the midst of winter I discovered that there was in me an invincible summer.” ~Albert Camus

These words may ring true for anyone who has been through difficult times, then found themselves stronger as a person, or doing things they would have never thought possible.

In May 2011 my brother was kidnapped from his home while working in Nigeria. After a truly horrific ten months he was murdered during a rescue attempt. It was an experience that has left scars we expect never to fully heal.

What happened next genuinely surprised and moved me. I saw the ordinary people around me transform their grief into something new, something they can always look back on and remember that they survived this tragedy.

I am really excited to share just three of the inspirational stories I have seen with you. Hopefully, they can help to bring positivity into your life, as well.

Whether it is a 5K run around a local park or a fortnight-long bike ride across the Pyrenees, completing a challenge in memory of a loved one is probably the most popular way to start healing and make some sense of tragedy.

Many people undertake a challenge to support a charity. Millions of heroes each year will complete a race for life or other sponsored event to raise money for a cause that is dear to their heart.

However, not all physical challenges need to be about money. I am certainly no psychologist, but I would bet that there is something healing in the way people stretch themselves when they undertake something extraordinary in memory of a loved one.

Alastair lived with us for a couple of years while we were younger. After finding out about Chris and being unable to attend the Charity Football match we arranged, he decided to challenge himself to an unearthly task.

He set himself the challenge of running from his home in Penrith to Boundary Park Stadium in Oldham to arrive during a game. This is a whopping distance of 107 miles, up and down hills all of the way.

Memories of Chris as a child spending hours talking about Oldham Athletic FC or kicking around a football in the back garden kept him going, and though he had to walk some of the way, he completed his monumental challenge.

Sometimes a death or tragedy can give someone the push to ask some questions about your life. It seems like a cliché but it really is a good time to take stock, look at areas where you are not happy, and make positive changes in your life.

Throughout the last couple of years I have seen people getting a new job, learning a new language, changing a relationship, giving up smoking, or losing weight after suffering a loss, because often a loss helps us remember how precious life is.

Chris was a born traveller. He started young, taking down tents in France, followed by a year in New Zealand and his ill-fated time in Nigeria. He made us all jealous in his ability to get up and leave everything behind to conquer new places, never letting anything get in his way.

Alannah and Marc were two of Chris’ closest friends. Both were hugely affected by his loss. While Alannah is well travelled throughout the world, Mark has not really experienced other cultures but always planned to at some point.

After Chris’ death they decided that they could not put things off any longer and needed to take action if they were going to see other countries. They have worked tirelessly and are now only a couple of weeks away from packing in their jobs and setting off with a one-way ticket to see the world.

Sometimes tragedy can unlock creativity. So many stories and pieces of art or music are rooted in sorrow that the list of examples would be vast.

The ability to express yourself, to channel your despair, is a gift borne out of love.

Justine is our younger sister and, like all of us, she was crushed when we found out that Chris would not be coming home. In his place we got his suitcases filled with the clothes he would not be wearing again.

We each took from these clothes what we wanted to, either to wear or just to keep a bit of him close.

Justine took the rest of the clothes away with her and started working to turn them into blankets for our mum, herself, and Chris’ girlfriend—pillows for me and our mum as birthday presents and twenty heart shaped pillows for Chris’ cousins.

It is an act of such beauty to spend countless hours creating these magnificent gifts, which we will all treasure. I don’t even want to imagine how many tears were shed cutting up shirts or ties, but the end result is as close to a hug from Chris as we are ever going to get.

After losing Chris I wanted to tell his story.  I wanted everyone to know about the person he was, not just a picture in the paper. The words on a gravestone were not enough; I wanted his story to be told properly.

I looked at the online memorials available but they were not right for me, not good enough for Chris. I didn’t want a portion of the Internet stagnating as time goes by. I wanted a physical presence that would be around to tell the story of his life and his death to future generations.

Not finding what I wanted, I set up my own website, which was a whole new world for me. Over a period of a few months, working evenings and weekends, I managed to set up a website that allowed me to tell the story I wanted to tell.

Importantly for me, it also has the physical presence I wanted by linking to a QR code, which is printed on a plaque and placed on a bench in his favorite park.

Now people in the park can scan the code with a phone and find out about the man Chris was. The reason for setting up the website has been fulfilled. I have learned how to design websites and have been able to offer comfort to other families who have lost loved ones by telling their stories.

Benet McManus is the creator of Always Remembered; a website dedicated to helping families; telling the stories of their loved ones through QR codes which link to online memorials. Benet lives in Manchester, England and hopes it will stop raining one day. Follow him on Twitter here.