Why People Who Embrace Their Imperfections Go Far
By Elizabeth Rosselle 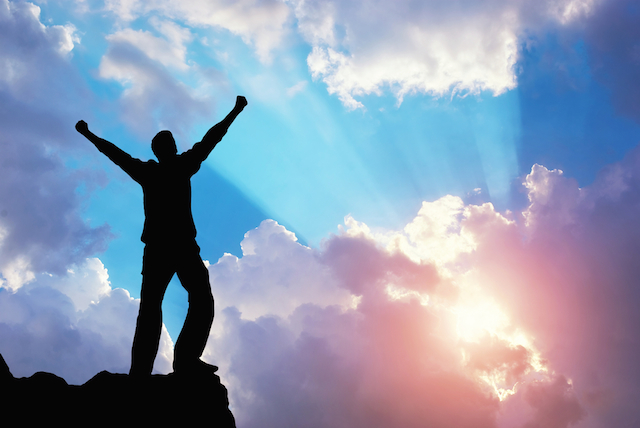 I was having a conversation with a group of friends that I meet up with occasionally, and my friend—let’s call her Sarah—started talking about perfectionism.

She said that people used to describe her as a perfectionist and she’d wonder what they were talking about because, according to Sarah, she couldn’t do anything right.

And then one day it dawned on her that her perfectionism was rooted within the idea that if she couldn’t do something perfectly, she wasn’t doing it right. So she had best not do it at all.

I can relate to Sarah. I spent the majority of my childhood and many of my adult years running away from my gifts for complete and utter fear of failure.

And the fear of failure seemed so physically debilitating that I would just quit doing stuff before even giving myself a chance to get really good at it.

Generally, it was the stuff I loved that I would quit doing, too. Because I equated loving doing something with huge risk of failure, leading to me not being able to do that thing—that thing, so to speak, that I loved.

And ultimately this would lead to self-doubt, embarrassment, and low self-esteem. The horror, right? I genuinely thought that the insecurity came from not being able to do things well.

I never considered the possibility that insecurity was the culprit, leading me to make decisions not to do things that I couldn’t do perfectly. Which meant that at the end of it all, I didn’t really do anything of interest for many years.

I started playing the piano when I was three years old. I’m classically trained and I wanted to be a concert pianist. My parents gave me lessons, bought me a beautiful baby grand piano, and encouraged me to keep playing.

I played, and I played well for years. But then eventually when I was a teenager, I gave it up because I felt like there were so many other pianists my age who were so much better than I was.

Of course this was all in my head—musical ability is entirely subjective, but it didn’t matter. It was enough to make me stop playing.

I did the same with drawing, painting, writing, sewing, etc. I even started my own jewelry line in elementary school using macramé, beads, and inexpensive knick-knacks from the hardware store.

My peers loved my jewelry and I actually sold my stuff at school. You know, for candy money and Choose Your Own Adventure books. I gave that up, too.

I wasn’t good enough. An aspiring jewelry designer who, at eight years old, just was never going to make it in the fashion world. Oh, what a dark and dreary future. Sigh.

And when I was done surrendering all of my talents in an effort to be, I don’t know, perfect, I found myself completely aimless and miserable. But I ran with it. After all, now that I had nothing that I needed to be perfect at, I couldn’t disappoint anyone, right?

Such freedom in that! Except what I failed to recognize at the time was that I was disappointing the only person that mattered, and that was myself.

About four years ago and some change, I decided to give up some bad habits. Some of these included drinking and partying. But most of what I was determined to give up was the “perfectionism.”

And it’s funny because that’s not what I would have called it prior to that conversation with Sarah, but that’s precisely what I was giving up. So that I could go on with my bad, imperfect self.

The moment I made the decision to give up the perfectionist mindset is the moment that I started to follow my dreams. I traveled to Bali, Indonesia, and started my own jewelry line—an island-inspired line that’s overflowing with meaning. It’s beautiful, and it’s me.

I began writing about things that I feel passionately about, I picked drawing and sewing back up and I started playing the piano again. This time I’m learning how to play jazz and it’s so much fun.

These are all things that nourish my soul. How absurd that I would deny myself these pleasures—these gifts of mine.

I spent obscene amounts of time partying, took a very slapdash approach to college, worked dead end jobs that I had no genuine interest in, remained in bad relationships for way too long, and the list goes on and on.

The idea that life could actually be fun while doing the things that I love, and not doing them perfectly, was just unfathomable. And yet here I am on this brand new pursuit of anti-perfectionism, thoroughly enjoying it.

And on this journey, I’ve learned a few very critical things that have profoundly altered the way I approach my life.

Try not to compare yourself to others. I wish someone had drilled this into my head when I was younger. Or maybe they did and I just wasn’t paying attention. Drilling averted.

Still, it’s suicide for your dreams. Keep in mind that no two painters will ever paint the same, no two pianists will play Mendelssohn’s Songs without Words the same, and no two entrepreneurs will build the same business, no matter how similar.

The finished product is always going to be perfectly imperfect and entirely unique. And beautiful.

Even if you think you’ve failed at the things you’ve set out to accomplish, I challenge you to look at those “failures” from a different perspective. You’ve created something—something where there was nothing. Maybe that supposed “failed” something taught you how to do that thing a little differently the next time.

Or maybe you just had to try that thing one time to know whether or not it was the thing for you. And maybe, just maybe, that thing that you think you failed at was a source of inspiration for somebody else.

So, you see, there’s really no such thing as perfection, as it were. It’s simply about having new experiences that enhance our lives and make us feel good.

Embrace your imperfections and you will go far. You’ll probably enjoy yourself a whole lot more in the process, too.

Elizabeth is a professional Copywriter by day, jewelry designer / Renaissance chick by night. She’s also an avid yogi, hiker and lover of furry creatures. Her Bali-inspired line, Rosselle Designs, is overflowing with good vibes and made for boys and for girls to feel awesome in. And it’s blessed. Learn more at rosselledesigns.com. And you can find her words here.