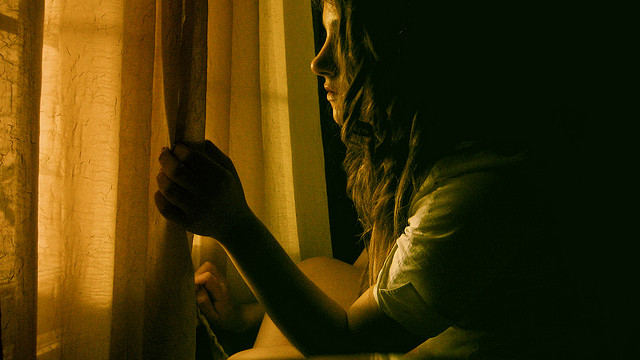 “If your number one goal is to make sure that everyone likes and approves of you, then you risk sacrificing your uniqueness, and therefore, your excellence.” ~Unknown

I envied the clusters of kids at recess, playing games from which I was always excluded, not just because I couldn’t play them, but also because I was the class outcast. I envied them, the ease with which they moved; their grace, speed, and precision as they ran, kicked, danced, dove. Things I could hardly hope to do.

But it wasn’t just my Cerebral Palsy. It was something that wasn’t really about my looks or behavior or the fact that my day-to-day life was so utterly different from theirs.

It was everything: the thick, black boys’ shoes that I wore because they could fit the orthotics strapped to my legs, and the long white knee socks that I wore with them, their cuffs folded over the Velcro straps to prevent chafing.

It wasn’t anything you could put your finger on, something that could be explained or proven; it was in the tone of their voices, in the endless, hated laughter.

I couldn’t honestly complain to a teacher or a principal that they were making fun of me because of the silly lunch bag I carried, couldn’t make a scene because I was the only one out of thirty kids who didn’t receive an invitation to a classmate’s birthday party or a dopey paper heart on my desk at Valentine’s Day.

In twelve years of public school there were maybe three incidents that involved actual contact abuse: a shove, a chair pulled out from under me when I went to sit down. One time, while working on a group project, I chimed in with a comment, and one of the girls twisted my arm and told me if I spoke again, they would kill me.

The rest of the time, it was subterfuge, gaslight incidents, “pranks” that were anything but comical.

They would rifle my coat pockets, not to steal anything valuable, but for ammunition: every tiny detail of my life was mocking-fodder, something to be laughed about behind palms, whispered through textbook pages; nasty comments and caricatures doodled on notebook paper and passed when the teacher wasn’t looking.

Those girls were suspicious of something they didn’t understand, and jealous of what they thought of as special treatment. When they paid attention to me at all, it was pointedly catty. The rest of the time, they were cold.

They would rearrange things in my desk when I was out of the room, hide things or simply mess them up. I was too damnably, painfully shy to confront them; the few pathetic times I managed to bring it up they feigned utter innocence and acted like I was crazy.

It became almost a relief to be ignored, even though it was incredibly lonely. When you are abused every day, to be passed over feels like a gift. I didn’t know how to articulate my loneliness.

She didn’t get it. None of them did, those harried, overworked authority figures. They had too much to do to pay attention to one friendless kid, and one so quiet, so polite; they had other students to deal with, the troublemakers, the ones constantly sentenced with detention, the ones from troubled families who were cutting class and already smoking at age eleven, who mouthed off and were on the verge of flunking.

So they forgot about me.

My parents tried to solve my problems. There were years when there were meetings with principals, guidance counselors, and the school psychologist several times a month. The bureaucrats of the school system just wanted the situation to go away.

The school board tried to make it seem like it was my fault: I was just an awkward, oversensitive kid who needed to get along better with her peers. The guidance counselor, a Pollyanna optimist who had smiley faces all over her office and gave equally vapid advice, told me to try harder, she was sure that the girls wanted to be my friends. She was useless.

My parents said that I would find my niche in college, that kids would mature and see how special I really was. They tried to help me. But no matter how carefully I dressed like the cool girls, or tried to talk like them, watched the “right” TV shows and read the popular books and bought pop CDs and the cute accessories that they all wore, it never worked.

I even tried to bribe those kids to be my friends, a memory which still, after all this time, leaves me feeling a mixture of anger and shame. Anger at them for their pointless cruelty, for making me cry at night in bed, shame at myself and my behavior. I was like a woman throwing herself at a man who has absolutely no interest in her even though she is in love with him.

They rejected me, and I tagged along after them. I found out when their birthdays were and left little gift bags on their desk. My pitiful attempts at friendship only led to more rejection, more laughter.

Later on, when the anger surpassed the shame I felt, I longed to scream at them. Some brilliant, caustic kiss-off, an aggressive statement that would leave them shocked and gaping. I wanted to hurt them the way they had hurt me so many times.

So often I was embarrassed by the specter of my Cerebral Palsy, the spasms, the startled jerks and twitches, my ugly leg braces, and the way everything had to be done for me, like I was an infant.

When I dropped a heavy textbook in the utterly silent classroom, it hit the ugly industrial linoleum with a thud that seemed to echo, and my body burned with shame. The teacher gave me a dirty look for daring to disrupt the class, and the students tittered, no doubt whispering about what a spaz, what a weird, clumsy thing I was.

I hated myself for my blind devotion to the clique, and my desperate overtures of friendship.

I hated myself for being a skinny, ugly little freak with big glasses and unruly curls and braces on both my teeth and my legs. I hated those girls for their careless, stinging words and their easy perfection.

Whenever I have a bad day, when I feel fragile and insecure, when my manuscript has been rejected or I am having an “ugly” day where my skin is broken out and my hair won’t behave, it all comes back to me, and the memories make me cringe.

I am no longer a victim. I have a certain measure of confidence in my choices and my work, and I have scraped a veneer of self-assurance from self-help books and years of therapy.

I recently purchased a bumper sticker that says, “There Is No Alternative To Being Yourself.”

When I consider my life, I do not regret my own hard-won authenticity. I regret the times I tried so hard to be what I’m not.

I think I simply got sick of struggling to fit into some mold that was entirely the wrong shape for me. It was so much less painful to do what felt right for me, to dress how I wanted, to say exactly what I felt even when nobody else agreed, and not worry about whether they did or not. It is incredibly liberating not to care.

There is no magical, fast-acting cure-all for alleviating loneliness and developing confidence. And the truth is, I don’t really know how it happened. I read self-help books, I saw therapists, and I had an incredible support team of family and friends who loved me and helped me believe in myself.

I know how painful it is, and the only thing I have to offer is my honesty, my truth. I hope that my story provides some comfort and solidarity to those who need it.

Jessica Goody’s work has appeared in many newspapers, anthologies, and blogs. She received an Honorable Mention in the 2011 Lucidity Poetry Journal International Competition and was a Quarter-Finalist in the 2012 Mary Ballard Poetry Prize Competition. She has written two volumes of poetry and a mystery novella.