Simple Tips and Reminders about Living in the Now
By David J. Singer 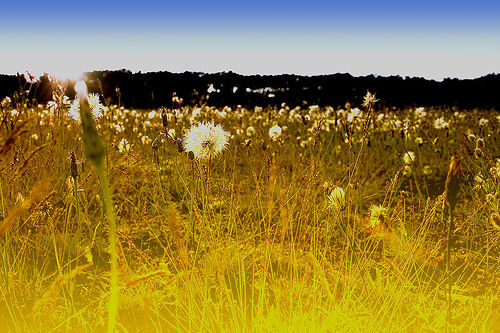 “If we are not fully ourselves, truly in the present moment, we miss everything.” ~Thich Nhat Hanh

A person I work with recently left me an article about the unproductiveness of multitasking. On it was a sticky-note saying, “I think you’ll like this article. I wish I could do better in this area. I find it difficult, if not impossible, to not look at e-mail for a couple of hours if I’m at my desk.”

I immediately thought of my dad. He and I had met for lunch a few days earlier. He’s in his mid-70s and still loves his career, continuing to work nearly full-time.

At one point in the meal it occurred to me that unlike everyone else I know (myself included), he wouldn’t be receiving a call or a text message during our time together. He has a cell phone, but he always turns it off when he’s meeting with someone, whether a business meeting or a personal get-together.

What a nice feeling for me, to be with someone who was totally present—and what a nice thing for him, to be living fully in the present moment.

My smartphone isn’t set to notify me when I get a new e-mail, but I regularly feel the temptation to check it, particularly in moments when there is a “lull in the action.”

For example, I recently checked my email (under a jacket so as not to disturb anyone else) when I was bored during a movie. That’s just the kind of thing that caused me to hold out on making the move to a smartphone in the first place—the concern that I would let the ease of access to things like e-mail suck me in at times when I previously would have been happy to do without.

Back to my eating with my dad. Here’s another thing that anyone who has a meal with him will notice: He’s an incredibly slow eater—likely the slowest eater you have ever met. He chews for a long time, and he savors every bite.

My dad loves to tell everyone about great meals he’s had, regularly recommending his newest restaurant “discovery.” It used to seem funny to me that he was so passionate about so many restaurants until it occurred to me that he has an advantage over most of us—he’s totally present when he tries out those new restaurants, and everything is better when you live in the present moment.

Eating slowly is also good for your physical health: It’s good for your digestion and it helps you to not overeat. And that’s the way my dad eats at all times—at home, at restaurants, alone, with others, during meals, and during dessert (he loves whipped cream éclairs, napoleons, chocolate, and more.)

But you won’t see him eat a whole bag of potato chips while watching TV. He doesn’t engage in mindless snacking.

All of us are so busy. We have so much on our minds that it’s challenging to live in the present moment.

We spend a lot of time thinking about things that have happened in the past, or thinking (and often worrying) about the future.

And we’ve become addicted to the instant access available to us that we think will make us more productive, but mostly serve to makes us into 24/7 multitaskers—not a happy, nice, or healthy place to be.

So, how do we become more present? The same way we learn to make any other change in our life: Create a goal, break it down into smaller pieces, and work on it one small change at a time.

First, make a list of all situations in which you can become more present. For example, some of the ways discussed in this post:

If you try to do too much, too fast, like so many people try to do with New Year’s resolutions, you’re likely to fail.

If we slow down to make changes, focusing on one new habit at a time, we’ll accomplish much more.

Even if you slow down further (for example, one new habit every month, or every six weeks), you can experience many positive changes this year, and an awesome number in the years ahead. This applies to any goal you want to achieve, not just the goal of becoming more present.

At the same time, this slow and steady approach to change in and of itself will make you more present about accomplishing your goals. And that’s a real win-win.

David J. Singer is the author of Six Simple Rules for a Better Life and was interviewed in January, 2012 on Tiny Buddha. David blogs at www.SixSimpleRules.com.