Speaking Up When You’re Bullied, in School and Beyond
By Blair Shackle 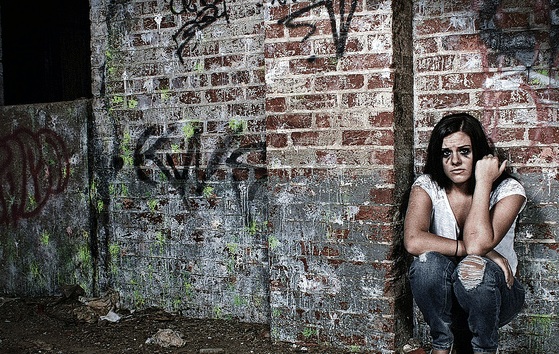 “Sometimes the biggest act of courage is a small one.” ~Lauren Raffo

During the summer of 2001, I experienced three months of torment.

My days were filled with verbal lashings, public humiliation, and pushing my body to its physical limits. I was being broken down. I chose to accept this as my normal. I accepted my punishment like I thought I should. I was seventeen.

Nothing made my anxiety fly away and quieted the constant chatter in my brain like dance. I may not have been the best, or most technically proficient dancer (my fouettes would never land me a Joffery Ballet scholarship), but moving to music made my heart sing.

Naturally, I decided to try out for my high school’s dance team. I ended up securing a spot on the kick line of this infamous and exclusive group.

Varsity dance has been an institution at my high school for nearly sixty years. Throughout that enormous chunk of time, many traditions were thought up, tweaked, and passed on. Now, these are not your average high school traditions of young girls simply making goofy matching t-shirts, wearing the same half-up-half-down hairstyle, and teepeeing new teammates.

Most of the traditions passed on are bullying.

My summer of new-girl hazing included performing thousands of kicks until I got bursitis in both of my worn out knees, sitting in the splits until my wrists buckled under pressure, constantly hearing how unworthy I was of being on the team, and performing hyper-sexualized dances in front of ogling male classmates. Those were just a few highlights of my experience.

Then came the day the “old girls” decided to finally initiate me as a full-fledged member of the team.

The veteran members drove me around with a blindfold hugging my sobbing eyes, while verbally ripping in to each and every one of my mental weaknesses. After making several stops to “practice” dances and kick to the brink of exhaustion, I arrived just after dusk at a house belonging to one of the captains.

My hand was held, as I was lead to sit cross-legged on the soft, dewy grass. Then I was told to lift my arms up and position my belly over my legs in a stretched-out, yoga gone wrong, fashion. I sat with my forehead touching the now spiky an itchy grass for the next five hours.

Daylight peeked in and it was over. None of the girls ever spoke about again.

I was stuck. I knew this was wrong. I witnessed parents and the administration turns a blind eye to the hazing. And I saw that no one else on the team thought this was wrong and did nothing to stop it.

So, I denied my internal power, I silently suffered, I suppressed my courage. If no one was going to help me, why would I help myself?

Maybe you’re thinking why couldn’t I have quit? Stood up for myself? Spoken up? I was a child in high school and I wanted to fit in. I did not know who I was. My teenage years were blanketed with insecurity and I couldn’t see beyond the immediate hallways, stadiums, and parties of high school.

I didn’t want to be the squeaky wheel, even though I knew I should have done something more.

Now, I have to release my feelings, which I’ve been ignoring and hiding in a pit of ignorance and self-hatred. It has taken me 10 years, but I am speaking out just in case this could still be happening to another young, open-hearted girl, or, for that matter, anyone with unhealed wounds or deep scars from bullying.

Stories like mine aren’t just happening in high school. Bullying and harassment happen every day in offices, families, and even with strangers on the street. I want encourage everyone to stand up for what’s right. We are all enlightened beings, and we know what’s right.

Courage is often most powerful when small, so here are a few easy ways to uncover your brave heart:

An oldie, but a goodie—your actions speak louder than words. Live a life that appreciates and encourages others, even if they are different than you. And don’t be afraid to stand up for yourself and others.

Know that it’s never too late to be the change.

Believe that you have the power to make a difference. You absolutely do. Even if this is something you’ve experienced in the past, write a note, pick up the phone, knock on someone’s door, and be the squeaky wheel. Be the voice for those who cannot, or are afraid to speak.

Treat others how you would like to be treated. If you are being bullied, try your best not to lash out. Instead, remove yourself from the situation and tell someone you trust about what you’re going through. Talk with them about action steps to stop the cycle of negativity. Do not pass it on.

Make peace with your story.

Accept the fact that you have been bullied, or have bullied someone. Don’t stuff your feelings down until you feel like Fourth of July fireworks, ready to explode. Talk to someone, express how you feel, and do your best to move on to a life full of light.

Blair Shackle founded The Turquoise Heart on a journey to find her "happy place." It's a warm spot to reconnect through wisdom, recharge through adventure, and rediscover our unique hearts. Mix in travel, healthy living, and laughter, and it's nothing but happy trails. Connect with her on Facebook and Twitter.

Calling Out Bullies: Why You Need to Stand Up for Yourself