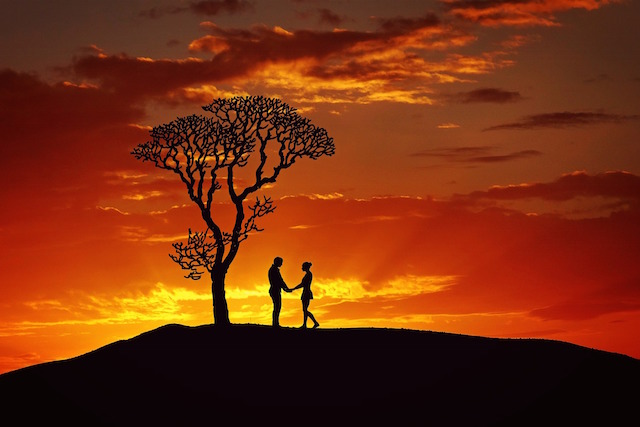 “To cure jealousy is to see it for what it is: a dissatisfaction with self.” ~Joan Didion

When I was a young man I had an issue with relationships. Looking back now, it is easy to see that I had low self-esteem, though I could not see it at the time. Because of my low self-image and my neediness, many relationships that could have had a decent chance went by the way side.

I developed a low-level anxiety about how much any girlfriend cared for me, which, in turn, became outright jealousy and resulted in controlling behavior.

I would worry that my girlfriend was going to leave me for another man, and would then become aggressive, starting arguments. I would act out when she wanted to go out with her friends. If we went out together, I would fly into a rage when we got home if she had so much as glanced at other men.

Of course, all of this behavior was about demanding, without explicitly saying it, that she demonstrated how much she loved me. This was because, despite all the evidence to the contrary, I believed she did not.

Ironically, the more she showed me she loved me, the less I believed her.

So I became more controlling. I decided I was the victim and became moody, sulky, withdrawn, and passive-aggressive, yet again manipulating my environment to get the attention I craved.

Negative attention was better than nothing. Yet if I lost all attention because of my behavior, I was okay with that. I would have preferred be alone and know I was right than be in a relationship and live with the fear that I was not good enough. But once I was alone again, I wanted a relationship to prove that I was lovable.

I tried to control the fear that I was unlovable by controlling the person I loved. I even took to confronting men who I saw as a threat to us as couple.

By threatening and controlling other men, I could control my girlfriend and thus control my own fear. It seemed logical at the time.

As you may have guessed, it had the opposite effect. My attempts to control the women I dated ended up driving them away. Either they would end the relationship, or I would before they did. (It felt better to end it before they had the chance, proving the very thing I was trying to disprove.)

Sometimes my behavior drove them toward other men. I made them feel so unsafe that the only safe way to leave me was to have some protection in the form of another man. Thus was fulfilled the ultimate in self-fulfilling prophecies.

Then one day, after a lengthy period of learning and reflecting on the repetitive patterns in my relationships, I decided to grow up.

I realized that I could not control my girlfriends and that trying to control them had the opposite effect. I also realized:

I realized that letting go of control was the safest option, for me and for everyone else. I also recognized that my fear was often greater than the things I worried about, and that I needed to deal with it.

Lastly, I realized that I needed to learn to love myself and stop expecting others to do something I wasn’t doing for myself.

As a result of some intense personal development work, I started to love myself. I started to acknowledge and appreciate my strengths and validate myself in the way I’d hoped others would; in turn, my fear subsided and has all but left.

Now I choose to trust my girlfriend. I have no more control over her than if I chose to be suspicious, needy, and fearful. In essence, I am choosing to be happy. By choosing to trust her I remove the fear, let go of control, and start to enjoy the relationship for what it is.

We can choose to live in fear or not—that’s something we can control. And we can also control if we choose to be miserable or happy. I chose happy.

Julian Hall is founder and director of Calm People who are experts in emotional resilience dealing with stress, conflict and anger management. They help individuals, groups and organisations take responsibility and deal with the challenges that face anyone living in an ever changing and crowded world.