Take a Chance: Don’t Let Your Inner Saboteur Hold You Back
By Melissa Pennel 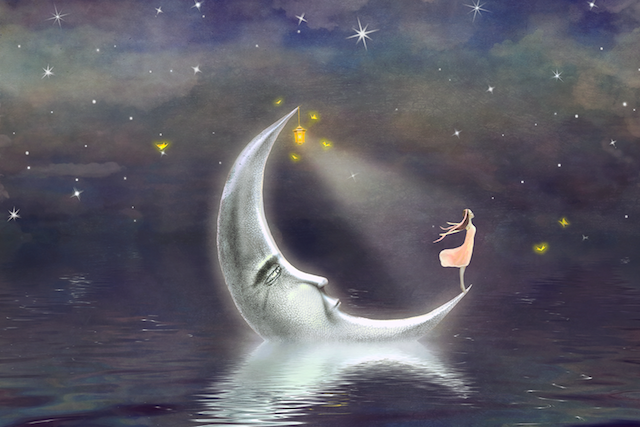 On my first day back in college, I sat on a bench outside a classroom and wrote in a tiny notebook. Glancing around at the young students lining up, my sunglasses slid down my nose as I hurriedly scribbled the thoughts buzzing around in my head.

As evidenced in that journal entry, I was pretty terrified to be back in school.

I felt too old, too far behind, too unsure of why I was even trying in the first place. Wasn’t it too late to “catch up” anyway? Weren’t all of my friends already done with their bachelors, done even with their graduate degrees, forging careers and buying houses and doing those things that we all say we’ll do when we grow up? Hadn’t I made my bed when I gave up college the first time?

Really I just knew that it was too late to catch up to the one person I’d been chasing my whole life.

She was magnificent, really. This person had gone to college when she was “supposed” to, had since forged a meaningful career path, hadn’t wasted years in bad relationships and bad behaviors. She’d chased her dreams and flossed her teeth, run marathons and won awards, had tons of friends and confidence and was now living wealthy and successful and madly in love…

…all cozied up inside my head.

That person was the woman I “wished” I was, and she was making my life a living hell. My constant comparison to the ghost life that I should have led would stop me in my tracks as I began to take steps toward goals: You’ll never be who you could have been, so why even try?

It’s for this reason that my return to school was a surrender of sorts.

A surrender to my inner perfectionist, the one who told me that if I didn’t do it “perfectly” or at the time other people had done it (whatever “it” was), then I shouldn’t do it at all.

The perfectionist who told me it was too late, that I would fail, that trying to be successful (like really trying) was the surest way to feel badly in the near future. My inner shame cranker, my saboteur, the voice that was easiest to hear throughout all the static of daily life.

Signing up for my first college class was waving the white flag at her door. It was saying, “Yes, I am imperfect, things didn’t go the way that I planned, but I may as well try.”

So I showed up for one class and then two, glancing sideways at my classmates that were often far younger and seemingly more prepared.

The first few weeks I felt like an awkward dinosaur, struggling to keep up and too nervous to raise my hand in class. As time went on, though, I began to get braver, approaching teachers with questions and relaxing around my classmates.

When I opened my eyes a little wider I was forced to realize that I wasn’t actually all that different from the other people taking classes. Sure, most were younger, but some were older; some were strikingly intelligent but others were asking me for help. As I kept showing up and diligently doing the assigned work, I found that I actually felt pretty good.

I liked seeing A’s on my papers, but what I liked even more was the feeling growing inside of me. Each week that I showed up for class was another week that I hadn’t given up; each time I raised my hand was another time I didn’t listen to the voice that told me my question was stupid.

The weeks flew by and before I knew it, that first semester had passed. I felt like I’d completed my own marathon, the one I was running with myself, and decided to push the finish line a little further away. One more semester became two, then three, and soon I was preparing to transfer to a university.

My “I-can-do-it” train had gathered steam, and although I would sometimes falter with the difficulty of the courses, the train never totally stopped. My small victories had accumulated for long enough that I began to trust myself: to learn, to grow, to continue.

It took me longer than four years, but this past June I did in fact graduate.

As I sat in a stadium surrounded by hundreds of bobbing graduation caps, I took a moment to remember that girl who had sat on a bench outside her first college class. The one who had written about how scared she was, how sure of failing, how inadequate she knew herself to be. I realized that she was the same person sitting in a cap and gown, smiling with excitement and preparing to cross a stage and be handed a diploma.

The only difference was time spent proving the fearful voice wrong.

Sure, I’ll never compare to the perfectionist inside of me. She’s definitely still there and she still crops up sometimes, trying to convince me not to take that chance or venture out onto another limb; whispering in my ear that I’m not doing it right and I’m sure to embarrass myself anyway.

You know what I’ve figured out, though? I don’t have to listen to her. None of us do. (My inner perfectionist gets around. I told you she’s popular, so I’m assuming she’s in your head too.)

The voices inside all of us no doubt serve a purpose, but sometimes that purpose is just to keep us safe.

“Don’t take that chance; you could fail” protects our ego from the pain of disappointment. “Don’t expect much from yourself; you aren’t capable” means that we don’t have to get our hopes up. The flip side of that, though, is pushing through those thoughts and doing things anyway.

Taking that class. Going on that trip around the world. Applying for that job or writing that book or telling someone about an idea you have.

Not listening to the negative voices in our head begins with first realizing that they’re in there; they’ve often been playing on repeat for so long that they blend in with the soundtrack of our mind. They feel like us, but they’re not: they’re no more us than that ghost life is—the one that we wish we had led, the one that never existed in the first place.

If there’s one thing that my return to college taught me, it’s that the surest way to drown out the doubt in my head is to put one foot in front of the other and prove it wrong. Thank that doubtful naysayer for her opinion, suggest she get back to being perfect, and go forth with whatever it is that will make this actual life even a little better.

I’d say it’s time we all did that; bid those lame perfectionists farewell and live the imperfect and real lives that we were actually meant to live anyway.