Take Your Power Back: How to Release Fear and Trauma
By Tom Leveen 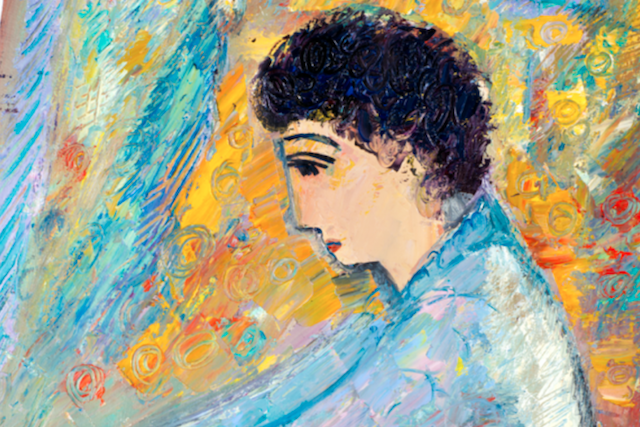 TRIGGER WARNING: This post deals with an account of physical and emotional abuse and may be triggering to some people.

“I say I am stronger than fear.” ~Malala Yousafzai

“Don’t be scared.” It’s so easy to say, yet sometimes, for many of us, so hard to accomplish.

When I was about three or four years old, my dad locked me in the chicken coop in our back yard. This was a punishment. I was naked and screaming, literally jumping up and down with terror.

Another punishment consisted of my mother rubbing human waste in my face.

There are other things they did, other things I went through, but I’ll let those two examples stand as confirmation of the physical and emotional abuse I suffered as small child.

Then when I was nineteen, some friends and I were physically assaulted by another group of young men. No reason, no motive. We were ganged up on one at a time and not a single one of us managed any sort of self-defense.

The police told us “not to bother” pressing charges, so we didn’t. Those guys went home free and clear, but a few months later, I unexpectedly found myself almost convulsing on my bedroom floor, unable to breathe or move, absolutely terrified that the next time I left my house, I would die.

It was quite the one-two combination for a kid (and as a dad now, I very much consider nineteen as still being a kid). The events of my childhood coupled with the events of that night left me a changed person for the rest of my life.

Maybe you know what that feels like. Maybe something has happened to you that has impacted your day-to-day existence. Before we go any further, let me just say: I’m sorry. And I understand.

Between the assault and the things done to me at home (and at school), I eventually was diagnosed with post-traumatic stress disorder (PTSD) and panic disorder.

My entire life, I had uncontrollable fits of blind rage that led to the destruction of many things around the house—doors, toys, trees, furniture, concrete blocks . . . anything that was handy and would make a good CRASH! when I broke it.

I would utterly lose control, punching myself and anything nearby. I would scream until I couldn’t speak, then spend three days isolated in my room hating the world and debating the merits of staying alive.

Eventually I’d “snap out of it” and resume my normal life, but within a few weeks, the whole cycle would start all over again, trigged by something as innocuous as the garage door not opening all the way on the first press of a button.

I couldn’t handle sudden loud noises; they’d scare me half to death and put in me in a bad mood the rest of the day. If I had a near collision while driving, my entire day would be ruined as the adrenalin pumped through me on a non-stop loop.

The flip side of my outrageous anger was my paralyzing fear that arose after I was assaulted. I could not leave the house after sunset, and could only go to certain “safe” places during the day.

I couldn’t walk to the end of my street in the middle of the day without shaking. I once ditched my own birthday party because it was at another person’s house and I couldn’t make myself get in the car to go there.

I could go on. But if you have ever had an anxiety or panic attack, you know the feeling. And the frequency. Even as I write this, quite safe and secure, my heart is racing and my stomach clenching.

I didn’t get a professional diagnosis until I was almost forty, and the reason I did not get that diagnosis is because I didn’t tell anyone what really happened. Then when the diagnosis came, I fought it. I argued it and resisted it.

I didn’t feel I had earned PTSD. That was a disorder for war veterans and first-responders. I’m an author—my most dangerous work is done on a laptop at a coffee shop. And as for panic attacks, that just meant I was a wimp. (I used a different word, though.)

Here’s what I want you to know, because I want you to have the best life you can. These are the things I wish I had known ten or twenty years ago.

First, I had to name the trauma.

I had been to a raft of professional therapists, counselors, pastors, and friends, and even a psychiatric hospital stay, trying to find a way out of my angry and fearful lifestyle. While many were helpful, none really helped me recover because I didn’t tell them the whole story.

I kept the darkest parts of my past to myself, worried about how I would be perceived. But the more frequently I share my story now, the more validated I feel. It becomes more and more apparent that I’m not some kind of freak or aberration.

These things really happened, and they really were that bad. Which brings me to the next thing you need to know:

I had to accept that I did “earn” my diagnoses.

We mustn’t fall into the trap of comparison. We mustn’t say to ourselves, “Oh, well, Frank was in direct-action combat/had alcoholic parents/got locked in a basement, he had it worse than me.”

No. Frank’s life is Frank’s life. Your life is yours. PTSD and anxiety are not a human being’s natural state of being. Something bad happened to you, and that is not okay. It left a lasting, damaging impression.

The only way to begin moving forward, to reclaim our lives, is to let the truth of our story exist in its own authentic way without comparing ourselves to others.

Third, there is a difference between being scared and being afraid.

Being scared is a natural and healthy response to danger. It’s healthy because it can keep you alive when your instincts tell you something is wrong. That’s the whole point of being scared.

Scared is an adrenalin dump, preparing your body to fight, flee, or freeze. If you are scared, there’s probably a very good and sane reason for it.

“Afraid” is something different. Afraid is how you do life. It’s how you process the world around you: family, friends, career, hobbies, pets . . . everything.

The night I was attacked, I was scared. And that was perfectly natural. Every night thereafter, I was afraid.

If you’re afraid, your mind automatically screens every single decision you make through the filter of fear. What happens if I take this job? Go on this date? Travel to this place? Panic sets in, often resulting in complete and total inaction. Afraid is a thief. It steals everything from us.

Finally, and perhaps most difficult: You will have no forward motion in your life without forgiveness.

Author and speaker Rob Bell says that to have really forgiven, we must truly wish the best for those who have hurt us. It’s not enough to say the words, even if it’s face-to-face (and face-to-face might make things worse; the person you’re forgiving may have no honest grasp that what they did was wrong).

What matters is that we truly release them and want the best for their lives. That is how we can know we have forgiven them. When we can do that, their power over us and the power of fear begin to wane.

It’s been many years since I had a real panic attack. I do still have the symptoms of PTSD from time to time; it’s not like chicken pox that will run its course and leave me with the antibodies to prevent it from roaring back.

But I am much less angry than I used to be. I don’t break things anymore. I don’t lose minutes, hours, and days nursing my grudges, time that I could have spent with my wife, my son, my friends, or my job. I still jump at sudden, surprise loud noises. It still takes me a while to recover from a near-miss in traffic.

But the people who hurt me no longer have power over me because I have forgiven them. I want the best for them. It took (and can take) a long time. But it’s essential to becoming whole, to no longer being afraid.

Remember that forgiveness is not condoning or making excuses for the wrong. You may need to remove yourself from people who have a habit of hurting you. And that is all right. You do not deserve to be hurt. No one does.

Tom Leveen is the author of seven novels with imprints of Random House, Simon & Schuster, and Harry Abrams. His most recent novel, Shackled, is about a girl dealing with PTSD and panic disorder as she deals with the kidnapping of her best friend. He is a frequent speaker and instructor at conferences, conventions, and schools. Visit him online at tomleveen.com.

The Most Common PTSD Myths and Symptoms, and How to Cope