The Importance of Self-Love: See the Beauty Others See in You
By Tiela Garnett 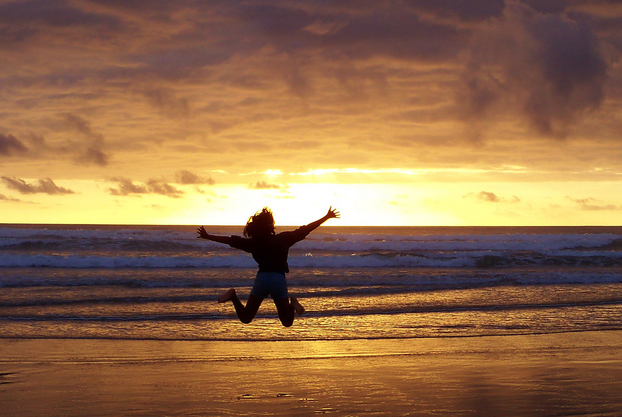 “When there is no enemy within, the enemies outside cannot hurt you.” ~African Proverb

A young woman in my town died recently. The cause was a drug overdose, although the precise circumstances of her death were unclear. She was a recovering addict, and the rumor was that she had relapsed. There was even some conjecture that her death might have been deliberate.

In the end, no one was sure of anything except that she had died.

The town in general and my family in particular were sent reeling. This girl was young, pretty, sweet—a talented artist who was loved by many, many people.

Since her death, having compared notes with numerous people, I’m stunned to witness how many lives she touched and at how deep a level.

For example, one close friend remembers her as his son’s first girlfriend. And my own son, who now lives in Central America, became close friends with her just before moving.

My daughter met her several months ago and was excited by the prospect of getting to know her. (Both girls were artists and they had decided to get together soon to draw, paint, or maybe just hang out.)

As for me, I met her about six years ago when I was bartending in a local inn. It was the middle of the night and she had just had a violent fight with an abusive boyfriend. She was a crying mess. I took her home to my own house so she could sleep in safety and peace.

We loved each other instantly, and after that night we promised to pursue the friendship, although we never did. Occasionally, we would send warm greetings to each other through a third party. Often, I would run into someone who knew her but in fact, I never saw her again.

I came to learn a lot about this girl second-hand. For example, some years earlier, she had dated the brother of a close friend and given birth to his son. It was then that she fell into the addiction.

Because of her addiction, the baby was taken away from her to be raised by grandparents. This was the repetition of a pattern as she, herself, had been raised by a grandmother because her own mother was unfit.

Happily, in the case of her infant son, the baby’s young father stepped up to the plate and took over raising the child, since she wasn’t together enough to do it herself.

After years of struggle, she’d finally cleaned up her act and was living on her own. It was during this time that she met my son. They spent some time together and he came home talking about her.

She was struggling and unhappy, although she was painting again. But nine months later, she was dead.

Looking at pictures of her at the memorial service brought back strong memories and feelings for me. In particular, I remembered the feeling this girl conveyed the night we met: despite her beauty and warmth, her low self-esteem was painfully apparent.

During the days surrounding her death, countless tears were shed: My friend and his son cried together; my daughter and I consoled each other through our tears, as she described their meeting…

“Mom, the very first thing she said to me was that I was beautiful and I was like, ‘No! You’re the beautiful one!’ I can’t believe it but she actually didn’t know how pretty she was.”

My daughter’s words chilled me as I remembered… When I first met her, this lovely young woman looked up at me from a place of pain and said, “You’re beautiful. You’re so beautiful. I wish I were beautiful like you!”

With that memory, the pieces fell into place: this attractive, kind, and lovely woman was able to see beauty everywhere except in the mirror.

Our entire town gathered together to mourn her death. What struck me most was how many people loved her and how many lives she impacted, and yet she had been oblivious to her own value and power.

Had she known how many hearts she touched, she certainly would not have died so early and so pointlessly.

It’s always a sad and unnatural thing when a young person leaves the earth, but in the case of my young friend there is a lesson to be learned.

If we adjust our perspective away from the sadness of the story, we can observe that this lovely girl gave her life so that those around her could learn what she herself did not know: that self-love is not only desirable; it is crucial.

In fact, without self-love we are in danger of losing our very lives.

In our Judeo-Christian culture, we are taught that self-love is narcissism, and therefore, a sin. But actually, narcissism is not self-love at all but in fact, its direct opposite.

The narcissist is obsessively concerned with self because underneath that obsession lies malignant inferiority and self-doubt. The stock of self-love is so depleted that there is not enough self-absorption in the world to fill the void.

All love must begin with self-appreciation, for if we do not value ourselves, how can we ever honestly honor someone else? It is only when my being becomes a container, filled to overflowing with radiance, that I am able to convey that radiance to another.

Personally, I refuse to allow this exceptional woman’s death to be meaningless. In her honor, I determine from this moment forward to see beauty and value in all of life, including in myself.

I will appreciate my qualities and lovingly tolerate my defects. I will treat myself with compassion and gentleness. I will honor my feelings and speak my truth. I will ground myself in the present moment and live in life’s flow. I will receive the gifts that I was born with, as well as those the universe offers me on a daily basis, and I will share those gifts with the world.

If we all do the same thing, this one life and death will no longer be a tragedy, but will become the pebble in the pond that sets in motion a ripple effect of love.

Tiela Garnett is a life-coach and writer. She has created the site Personal Guru to assist you in empowering yourself through connection to the Master Teacher within your own life. Contact her for inspiration or one-on-one coaching at Personal Guru and visit her new site pathofthetrueself.com.

Lessons from a Life Lost Too Soon: Don’t Let Your Inner Critic Destroy You

Confrontation Can Be Hard, But It’s Worth It