The Introvert’s Hate/Hate Relationship With Spontaneity
By Steve Waller 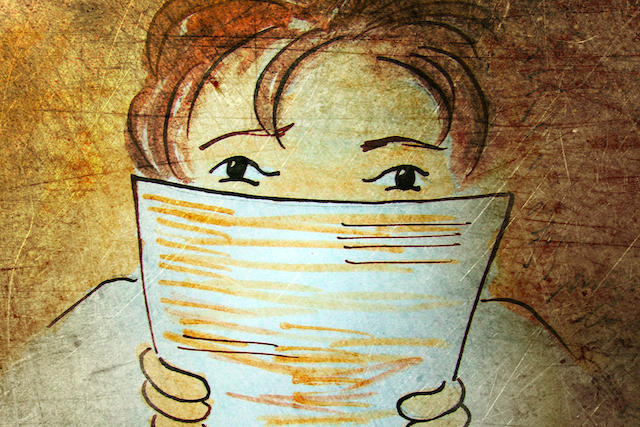 “The man who is prepared has his battle half fought.” ~Miguel De Cervantes

They say you should live in the present, and “they” form a chorus of voices that is growing in number by the second. Everywhere you turn these days, the message is loud and clear: life is better when you live in the moment.

I get it; I really do. I know that when I hit that flow state, regardless of what I’m immersed in, time passes in a heartbeat and I tend to really enjoy myself.

It’s just that I would prefer it if I could plan those moments of flow some time in advance. I want—no I need—to prepare myself for the event of letting go. I need to be mentally ready so that I may jump into the river and let the current take me.

If I’m not prepared, that river turns out to be less of a serene, meandering brook, and more a surge of cascading torrents that pummel my senses until I’m half-drowned and ready to give up.

This is why I, the introvert, despise spontaneity in all its forms.

The first few weeks of university really tested me. I lived on campus in a dorm where I shared a communal kitchen with eleven other people. It didn’t matter what night of the week it was, there were people heading out to a bar, restaurant, or club.

I’d often get a knock at my bedroom door and an invitation to one of these nightly excursions: “Oh, hey, me, Johnny, and Mike are heading to {insert one of many different venues} for some beers. You wanna join us?”

At this point I’d be searching every corner of my mind for a reasonable excuse, a Get Out Of Jail Free card that would save me the pain of just saying no. I knew that if I did just decline without justification, I’d get the inevitable looks of astonishment as if I were turning down the opportunity of a lifetime.

“I’ve just sat down to catch up on Friends.” Watch it another time, I’d be told.

I wanted to tell them the truth, but can you imagine what they’d have said? “Oh, thanks for the invite guys, but I’m an introvert and I can’t stand being spontaneous. Maybe another time, assuming you give me seven days notice in writing.”

Instead, I’d often just mumble something incoherent about how I’ve got a paper due the next day, or how I’m just on the phone with my parents. They usually got the message.

I didn’t avoid nights out entirely; I can be quite a social character when I want to be. I just made sure that I was mentally prepared beforehand. I’d agree (with myself in advance) that I was going out on a particular night, and I made sure I spent plenty of time alone in the afternoon or early evening to recharge my batteries for the oncoming festivities.

Eventually, I had a nice little routine going. I’d go out on Monday most weeks, Friday some weeks, Saturday almost every week, and the occasional Thursday. No other nights really got a look-in. And it tended to be the same set of places each time because of certain student promotions or theme nights.

What’s more, my friends knew when I was and was not going to accept their invitations, so they stopped knocking when they knew it was a waste of their time.

Somehow, I had managed to appear fairly sociable and outgoing while avoiding anything unexpected. I had planned my way out of spontaneity.

My experiences as a student might not exactly mirror your situation, but as a fellow introvert, I’m sure you can relate to the need for structure and routine in your life.

There are few things less enjoyable for an introvert than being coerced into some random activity at some unplanned time with unfamiliar people. It’s literally our Kryptonite.

We simply cannot handle the unknowns: Where are we going? What is the place like? What will we be doing there? Who else is going? How are we getting there?

Perhaps the uncertainty that scares us most is not knowing when it will end. Social activity drains us, but spontaneous social activity burns through our energy reserves in double-quick time because of how much we have to think, react, and absorb when we’re not mentally ready for it.

If there’s no clear time at which things will draw to a close, we panic, knowing we’ll be utterly spent in the not-too-distant future.

Put some structure in place—primarily in the form of plenty of warning—and we will be able to extract far more enjoyment out of the very same event or activity. When we know it’s coming, we have time to open ourselves up to the possibility of enjoying ourselves. We remove our shackles and move more freely, both physically and mentally.

Be Confident In Your Boundaries

The reason I found those early weeks of university so difficult was because I felt bad saying no to people. I wanted to make friends as much as the next person, and I always had this nagging feeling that my refusal to take part would see me labelled as boring.

Somehow or another it all worked out, but I could have avoided plenty of insecurity had I just understood that putting personal boundaries in place is not a sign of weakness. I did say no to people, and I did it a lot. These days, I’m much more comfortable doing it, and it reduces the anxiety I feel around spontaneity itself.

I know I can turn down anything I don’t feel like doing, and I don’t worry so much about what other people think. I’ve learnt that, actually, most spontaneous people care a lot less about receiving a no from introverts like you or me. Or rather, they get over the rejection quickly because they’re too busy just getting on with whatever spontaneous act it is they are doing.

In these situations, it’s the introverts who tend to overthink everything. You may dwell on the exchange for hours after it happened, considering all of the possible ways you could have handled it better or the consequences of your refusal. The big deal exists almost entirely in your head. So it’s in your head that the battle must be won.

The challenge is to know your boundaries intimately and to build them strong and sturdy so that you are able to confidently say no to offers and invitations that you either have not planned for or do not think you’d enjoy. No is not a dirty word and you shouldn’t be afraid of using it.

Take The Reins Yourself

There is a relatively simple way to avoid spontaneous requests from others: get in there first. You want a plan in place, right? You crave structure in your life. Then create the plan and add the structure yourself.

Don’t wait for your friends to suggest you meet up that night, or the next night for dinner. Suggest a date and a time that feels comfortable for you. A few days time, next week, in a fortnight; it doesn’t matter as long as it gives you enough time to prepare mentally.

And if you know that these events tend to happen naturally every couple of months, keep this in mind and put a note on your calendar to start suggesting dates well in advance. This also has the added benefit of making you seem like the sociable one because you’re doing much of the organizing.

Yes, you may be an introvert, but that doesn’t mean you don’t ever want to see anyone. We introverts can enjoy ourselves as much as anyone else, but having some forewarning will only serve to make the whole process more compatible with your needs and wishes.

Steve Waller is a big believer in the power of self-improvement and wants to see others open themselves up to the possibilities of life. He took this passion and founded A Conscious Rethink—a blog dedicated to helping others overcome the roadblocks they face on their paths. You can also follow him on Facebook and Pinterest.

The Introvert’s Brain: Why They Might “Think Too Much”