The Surprising Secret to Being on Time
By Linda Gabriel 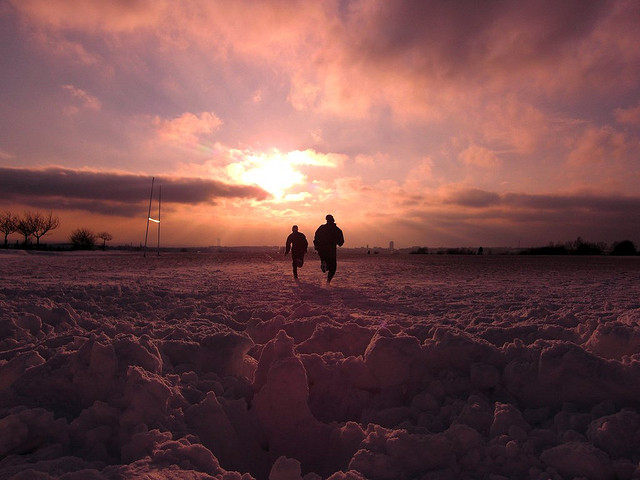 For many years, the only way I knew to get from one place to another was to rush. I was chronically “running late.” In fact I couldn’t conceive of managing time in any other way. I usually would get to an appointment in the nick of time, but never without a rush.

Now, if rushing occurred in a vacuum, perhaps it wouldn’t be so bad. But the truth is, when we rush, it’s not just about moving faster. It’s an entire frame of mind. The world becomes our enemy—a jungle to machete through on our way to wherever. The nicest person can behave like a demon possessed.

There’s an old Disney cartoon from the 50’s called Motor Mania, starring Goofy. Baby Boomers will remember Goofy, a not-too-quick-witted but exceedingly amiable fellow with long black ears. But once Goofy gets behind the wheel of his car, he becomes like Dr. Jekyll and  Mr. Hyde.

His entire personality changes. His eyes begin spiraling in his head, his sweet smile turns into a vicious snarl, and every other driver on the road is in peril.

We all laughed at Goofy’s crazy behavior because it rang true. We’d seen our parents behave like this, and we would grow up to do the same. In our culture, being in a rush is an excuse to become less than human.

It’s common to treat each other terribly when we’re “in a hurry.” We get a pass if we’re in a rush. It’s considered “normal” behavior.

When my kids were young, I believed my job as a good parent was to teach my children how to hurry. My son Charlie was a particularly slow learner in this department. When he was in elementary school, every school day began in a rush. Well, mom would be in a rush; the kids, not so much. This would only add to my internal sense of pressure.

Arriving at school just before the bell, Charlie would casually start the long walk across the playground to his classroom.

The kid was infuriatingly slow.

“Hurry Charlie!” I would yell from the car.

Charlie would pause and turn, “What?”

Sometimes he would turn and start walking back to the car, totally unflappable, a big smile on his face.

By this time there would be a queue of other late parents in cars behind us, irritated with me and my pitifully relaxed child for holding up the line.

I would be beside myself, wildly gesturing and yelling, “Hurry up! You’re going to be LATE!” By this time he would have walked all the way back to the car. “Oh, okay mom.”

Then he would turn around and slowly start walking toward class in the same casual way, immune to my attempts to infect him with the “hurry virus.”

I was seriously worried about my child. He seemed so bright, but had no inner sense of urgency. What was wrong with him?

The better question would have been, what was wrong with me? I was like the proverbial fish unaware of the water, swimming in a sea of hurry. It would take me years to realize that everyone was out of step but Charlie.

Several years later I heard a motivational speaker who touched on this subject. I wish I could remember his name, because his message changed my life.

The audience was roaring with laughter as he began making fun of his own behavior once he was in a hurry. How it caused him to become less than human. How he could so easily flip off another driver in traffic or worse, how he could so carelessly brush off his three-year-old son with the words, “Not now son, Daddy’s in a hurry.” How no one seemed to think this was not okay.

It was a light bulb moment. I vowed to give up rushing right then and there. If failed to be “on time,” that would be that. No more Dr. Jekyll and Mrs. Hyde. I resigned myself to being late, but I would no longer live the hurried life. I would never again justify treating people I loved roughly simply because I was in a rush.

My new mantra was, “I am always in perfect time.”

Here’s the kicker—I stopped being late!

As soon as I gave up rushing, much to my astonishment, I started to be on time. All the time.  If I ran into traffic and arrived late, I just relaxed into it. More often than not the timing was perfect anyway. The other person would happen to be late too, or the meeting would be delayed.  This has my experience for the last decade or so.

I’m almost unfailingly on time, but not because I rush.

How could this be? I believe I’ve discovered a secret truth: rushing and being late are two sides of the same coin. You can’t have one without the other. When we are in rush mode, we believe we have to not be late in order not to rush.

The truth is if you stop rushing, you’re far less likely to be late.

Test it out for yourself. It’s important that you really let go of rushing, internally as well as externally. It’s as much a mindset as a behavior that you are letting go of.

I must give you fair warning: if you stop rushing, other people may see you as simple-minded or even as “the enemy.”

It’s as though they believe you could be more helpful if you were in a rush too. Don’t let that sway you. “Keep calm and carry on.”

And my son Charlie? He’s all grown up now has done just fine. In fact he just started medical school.

Right on schedule. In perfect time.

“Thought Whisperer” Linda Gabriel is an author and coach. She blogs about the power of the mind at http://thoughtmedicine.com.

Why My Grandfather Was Happy Even When He Was Dying

The Secret Laid-Back, Always-Happy Guy Knows That You Don’t