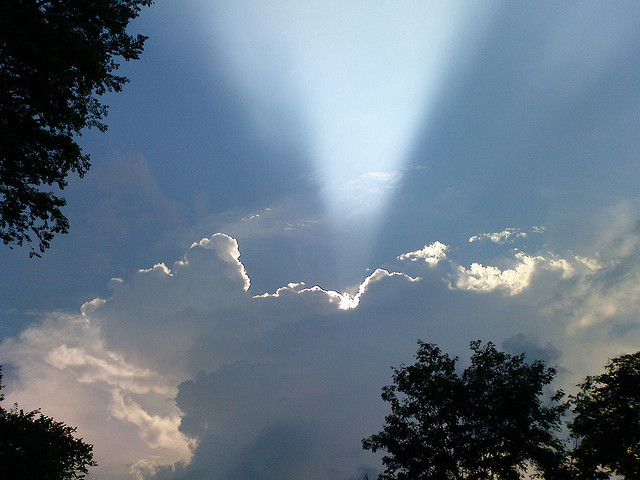 “Kites rise highest against the wind, not with it.” ~Winston Churchill

We all fall down. And you’ve probably heard that getting back up is the key to moving forward.

But what do you do when disaster strikes? When a loved one is so injured, so debilitated, that hope seems to have vanished? What then?

This is a true story. It may be hard to believe and beyond what you may think is possible, but it actually happened.

I picked up the blue referral sheet in the physical therapy office at Brackenridge Hospital in Austin, Texas one morning, like I always did.

Scribbled on the top of the page was a patient’s name and a room number in the Intensive Care Unit along with instructions: “Physical therapy – range of motion twice daily.” I was supposed to manually move the patient’s limbs and joints to maintain mobility.

As I walked into the room, I noticed that the patient was a young woman in her early twenties. I assumed that the people seated at her beside were her mother and father. The only sounds in the room were the pulsations of the ventilator, the intermittent beep from the IVs.

The young woman, I learned later from her medical file, had been strangled and left for dead. She suffered from anoxic encephalopathy—severe loss of oxygen to the brain.

She had few signs of life. Eyes shut. Body rigid. Non-responsive to touch. The family wanted my opinion and all I could say was that I would do everything I could to help.

Sally (not her real name) was eventually moved to the neurologic floor, but her condition was unchanged. All of the doctors strongly suggested to the family that they consider placing her in a nursing home.

They believed that her current condition would not change, that she was in a “persistent vegetative state.”

See, I spent hours per week with her, where the doctors spent minutes. Yes, they were well trained in neurology. But sometimes your training can blind you to things you don’t expect.

Sally would follow me around the room with her eyes. I moved and her eyes moved. I tested it several times and her tracking was perfect; it was not a reflex.

I explained this to the physicians, but they tossed it off as insignificant.

The family, however, refused to place their daughter in a nursing home. They saw Sally’s eye movement too and believed that she was still “in there.” They would take her home and figure out how to tend to her needs.

Now, this is no small feat. It required twenty-four-hour care, seven days a week.

The family rallied and so did friends and neighbors. They built a care schedule and got extra training in how to manage all of her medical needs. And they asked me and my wife Ellen, who was also a physical therapist, if we would be willing to help them with her physical therapy.

I was happy to, and so the work began.

We built special tables that tilted so Sally could experience various levels of weightbearing. We taught the family how to handle her, help her move, how to challenge her.

Ellen and I visited the family after our shift at the hospital or over the weekends.

And Sally started to improve.

At first it was just being able to stand on the tilt table, but she eventually could sit on the side of the bed with very little help. She still was not talking, but you could tell she paid attention.

One day, the most amazing thing happened.

Sally was on the side of the bed. I sat in front of her looking down to see how her legs reacted while helping her work on balance and at the same time purposely challenging her. I would ask her to say certain words or move her head a certain way.

She never was able to do any of the things I asked until one day when I challenged her to spell “Mississippi.”

In a small, hoarse voice, I heard the letters slowly come together. M….i….s…s…until the word was completely spelled.

Shocked is too small of a word. We rushed to get the family and blurted out what had just happened, and at that point Sally spelled Mississippi again. And then other words.

It was as if some gate, some barrier in her brain had suddenly come down like the Berlin wall, and out rushed a river of words and letters and names.

I can’t express the emotions that filled the living room that day. It was overwhelming, and even to this day, as I write this, I get goose bumps.

Sally continued to improve. She eventually graduated from a community college, learned how to navigate a wheelchair, could walk short distances with help, and later got married.

How This Helps You

Sally’s situation taught me, early in my career as a physical therapist, that even when things look terribly bleak, dismal, and you feel completely defeated, you never lose hope.

You hold on to it. You work on the things you can work on—just as Sally and her family did, because there is no end worse than the end of hope.

Yes, you may never get where you want to be, but you’ll never get there if you quit.

Whether your goal is to lose weight, get stronger, be healthier, be kinder, live in the present, whatever it may be, you will encounter roadblocks, setbacks, and frustrations.

Our lives have problems and difficulties. It is only when we face these, have hope, and take action that we rise above them. The only way out is through.

Sally and her family taught me to look at problems in a new way and how to keep going. And it has been a great blessing.

Doug Kelsey, PT, PhD is an international educator, author, inventor and expert in human movement and performance training. His blog, Fusion Performance Training, is for people who want to feel younger as they get older and live a healthier and more vibrant life.

Why No One Needs “Fixing” or Wants Unsolicited Advice