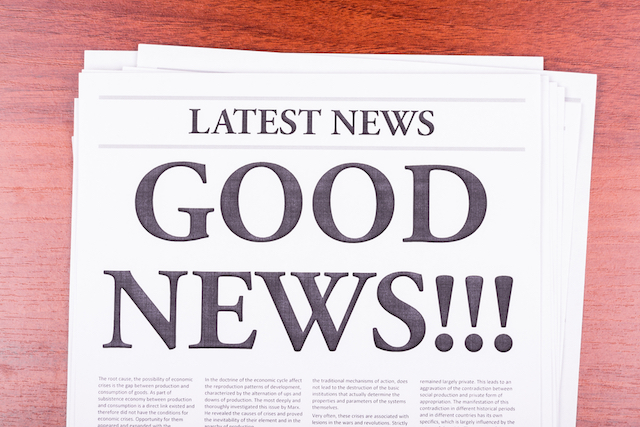 “When you turn on the television … you run the risk of ingesting harmful things, such as violence, despair, or fear.” ~Thich Nhat Hanh

I passed the rack of newspapers on my way into story time at the library, ignoring the latest headlines. Murder, mayhem, war, disaster—it all calls like a siren at sea. My pace picks up as I turn the other direction.

My two-year old charge, whom I affectionately call Little Man P, is captivated by the animated librarian. She impresses me with her liveliness and ease in handling a room full of kiddos. It is clear she loves her work and those that come to story time.

After everyone else left, she lingered to talk with me and Little Man P. He’s shy and bashful, but loves attention. Since he insists in going out in his superman outfit, he certainly gets noticed.

I’ve enjoyed caregiving most for Little Man P because he has reminded me how to have fun and use my imagination.

There’s hardly a moment he isn’t asking me to tell him a story. He’s more interested in elephants that can climb trees and fire hydrants that can talk than he is in anything else. I tell the librarian how my imagination has come alive since I’ve been babysitting him.

With this comment, she seizes the opportunity to plug a special kids program coming up that weekend at the library. Unfortunately, I wasn’t going to be available to attend. I explained I would be spending a few nights staying with an elderly woman at risk of falling whose husband had to be out of town for a funeral.

I shared with her what I consider to be the greatest downside to working with the older end of the age spectrum. Many, if not all, of my clients are really into the news. I can pretty much count on a newspaper at the table and the television turned on.

Rather than participating in a fun and imaginative weekend program, I’d be stuck listening to CNN running 24/7 in the background. I complained about this with my new librarian friend, commenting how difficult it is to hear all the bad news in the world.

She shook her head sympathetically and muttered an agreement. I went on to express my frustration with the news media for mainly reporting what’s wrong in the world. I asked her, “Don’t you think there are just as many good things going on in the world?”

She agreed, but then said: “Yes, but it seems things are getting worse every day.”

I felt the familiar flare of passion rise up when a topic really pushes one of my buttons.

I passionately exclaimed, “People only think that because that’s all they hear about on the news! Isn’t it just as likely there are an equal amount of miracles happening every day, or good Samaritans doing heroic deeds that we don’t hear about?”

I think my enthusiasm must have turned her off, as she made a rapid exit after my outburst. Our conversation, however, reminded me of why I have such a ban against reading or watching the news. My desire to know what’s right in the world instead was ignited.

Although not everyone agrees with the belief that we focus on is what we create, chances are if you’ve ever thought about buying a certain kind of car, you’ve experienced suddenly seeing that kind of car everywhere.

This phenomena is referred to as frequency illusion. Our minds sift out all the other data we are receiving and starts to see more of something we have just noticed or learned. It is amazing how we will begin seeing things previously unnoticed based on where our thoughts and focus are directed.

I’ll concede, simply watching or hearing about murder, terrorism, or the bad economy isn’t necessarily going to mean we see more of those things as we go about our day to day lives. However, it does increase the likelihood we start living a more fearful life.

As such, we might notice the unusual looking man at the grocery store. Then, when he pulls out behind us in the parking lot, we worry he is following us. Or perhaps we become suspicious of the neighbors who just moved next door because of their race or religious orientation.

Similar to “frequency illusion” is the experience of “selective attention.”

Numerous studies demonstrate when our attention is occupied with one thing, we often fail to notice other things right before our eyes. In one study, few people noticed a woman with an umbrella cross the field while they were counting how many times a football got passed from one player to another.

Likewise, if we are preoccupied with the strange looking man in aisle two of the grocery store, we might not notice the cashier pull money out of her own pocket to help the customer in front of us who didn’t have enough to pay for their groceries. Or see the young man help the elderly woman carry her groceries to the car.

Constant bombardment of all the horrible things happening in our world can only lead to greater and greater distress and mistrust.

What we need instead is more hope, faith, and love. In an information age where what happens on the other side of the world is known immediately everywhere, why does the media report mostly on what’s going wrong?

Imagine a primary news channel devoted predominately to the announcement of miracles or to reporting various good deeds.

What if we were constantly seeing pictures of people helping each other, babies being saved by the latest in modern medicine, or politicians shaking hands in agreement over important issues?

What if we were to hear stories about the rising inner peace movement, or new and innovative programs to assist the elderly, sick or disabled?

Is it possible we would all smile a bit broader and greet strangers with a warm hello?

Perhaps we would feel encouraged to do our own generous act of kindness or join an existing worthy cause.

Would not knowing about some of the things we hear about on the daily news make a huge difference to us in our day-to-day lives?

How can we possibly know if things are getting better or worse when we aren’t given even a 50/50 accounting?

Steven Pinker, in his 2011 book, The Better Angels of Our Nature: Why Violence Has Declined, argues things actually are getting better. He asserts violence has been in decline, despite the ceaseless news about war, crime, and terrorism.

We just can’t see it because no one is focused on what’s right it the world.

Since I’ve stopped watching the news and reading the paper, my life is happier and more fulfilling.

If there is something really important happening in the world, I will hear about it elsewhere. If there is some action I can take to make things better, I will do it. But most the time, I’m quite content to live in my bubble, smiling at people and extending kindness to strangers.

Shannon Crane is a writer and speaker passionate about sharing how one's focus, feelings and perspective influence the quality of life. She has developed an eight-step process to changing focus, getting in touch with the body wisdom, and seeing things from a soul perspective. You can join her Facebook community or connect with her at www.yourlifeperspective.com.